Sigh. Haven’t we done this already?

There is such a thing as taking a joke, and even taking a strong satirical argument, too far.

I hope he wins.

I did a quick search through the Gospel of the Flying Spaghetti Monster for the word colander, and it appears they are correct. There is no mention of a requirement for followers of FSM to wear a colander, and per their letter “we understand there is no religious requirement that prohibits you from removing the colander”. His only possible debate would be if he were part of a sect or specific branch that more specifically defines the requirement to wear a colander at all times, but clearly this is not common to all FSM followers, and he makes no attempt at providing any further proof of the necessity. Basically his argument is weak at best.

“as long as it is worn in conjunction with religious practice”

While open to interpretation, this doesn’t seem very strict to me.

Colander only has one ‘l’. YET AGAIN, CORY’S JOURNALISM HAS LET ME DOWN. I AM DISGUSTED WITH YOU BOINGBOING. Disgusted.

I’ve always felt that the whole concept of allowing things for religious reasons to be a joke in itself. Are the personal beliefs of one person (whatever they may be) less valuable than those of a collective? In my mind, it is a form of discrimination (well, inverse-discrimination?). If one person can wear headgear for religious reasons, why can’t another do so for personal beliefs?

For me, the only moral way to handle this is to abolish differences - not by preventing those whose religion require them to wear headgear to do so - but by abolishing differences in what is allowed. I thus propose the following :

So much simpler. So many pointless debates removed. So much money saved. Freedom of religion is maintained.

I also like the principle that the government should not impose restrictions on people for any reason unless there’s a really good reason to do so. Your proposed rule is in line with that principle.

(Of course, one could debate whether using driver’s licence pictures for facial recognition is a really good reason to require things like a neutral expression (which they do in Canada), for both technical and social reasons, but that’s another debate.)

Indeed, he’s a heretic. Obviously. He should be made to eat his pasta with red clam sauce as punishment. Hehe. 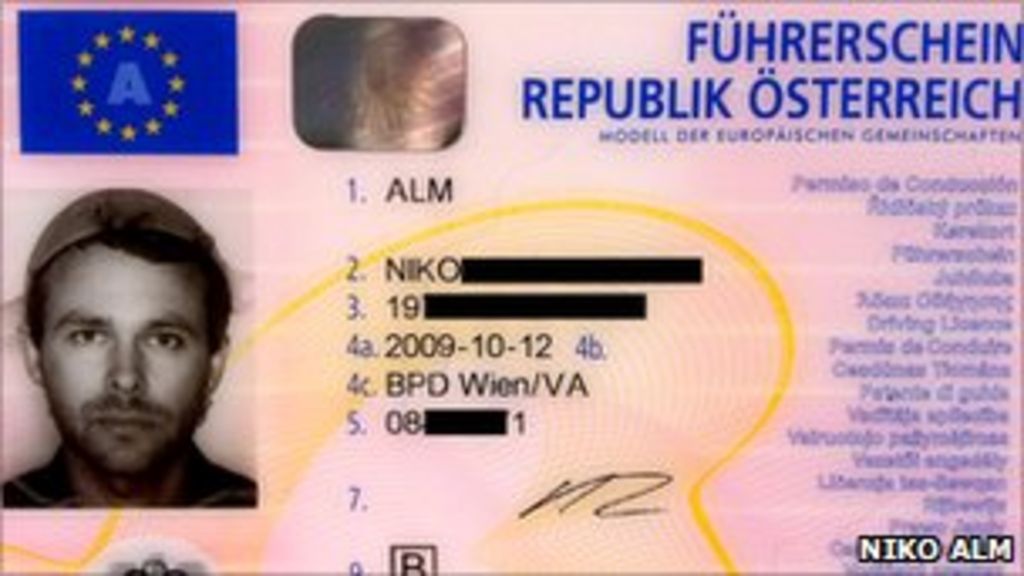 Austrian police issue a driving licence showing a man wearing a pasta strainer on his head, which he claims is confessional headgear in the religion of pastafarianism.

(Of course, one could debate whether using driver’s licence pictures for facial recognition is a really good reason to require things like a neutral expression (which they do in Canada), for both technical and social reasons, but that’s another debate.)

I thought it was because the government was tired of everyone looking sobdamn happy all the time. Have you ever been to Canada? It’s a magical place.

Sigh. Haven’t we done this already?

The more, the merrier!

If he wears a colander every time he’s out in public, or even whenever driving a car - then fair enough, it belongs on the driving license…

but I suspect he only wants to wear the colander for the photo and at no other times, for the sake of playing silly buggers

So, let him make a sworn statement that his colander is religious headgear on pain of perjury, and then arrest him should he be found to ever not to be wearing it…

Sometimes I wonder if, in a couple generations, adherents of Pastafarianism will have forgotten the irony and truly believe in a god made of spaghetti, that lack of pirates causes global warming etc. Based on how religions tend to go, the nature of dogma, and the preposterous things some unironic religions believe, I think it’s entirely possible.

Sure, as long as all people wearing a turban, kippah or cross have to do the same thing every time.

The point is not how frequently he wears the colander. (One could easily contrive religious rules that require wearing headgear, say, only when being photographed for the purposes of official identification documents.)

The point is that by having rules, and providing religious exemptions to those rules, you create two more or less insurmountable problems in a setting that promises free expression and equal representation:

Well, here at Jumpin’ Jim’s Snake Handlin’ Shack, I, Jumpin’ JIm, speak with the voice of God, and there ain’t nobody can say that ain’t a religion.

Over at your place, you get to speak with the voice of God, and that’s a proper religion, too.

Maybe his god only wants him to fuck with bureaucrats. I’ve heard people say far more ridiculous things about what their gods want them to do. In other words, allowing any religious exemption to a regulation for anyone, of any religion, that you don’t allow to everyone, based on their own personal judgement, is de facto establishment.

Maybe his god only wants him to fuck with bureaucrats.

That would be a pretty useful religion, actually.

It’s obviously not a real religion. In what religion do you actually eat a representation of–