I was in a discussion group on asymmetrical space warfare a few months ago. Especially in LEO there are several ways that a small nation can damage the supremacy of the big three relatively cheaply, as in easily under a million dollars a shot as well as replacing satellite functions without a space program.
With the US backing away from expensive cold war superpower status I expect to see more WW-I and WW-II type major conflicts where smaller regional powers take a shot at settling conflicts and borders frozen post WW-II, they will have to neutralize the advantages to space based comms and recon.
It makes me sick that to back away from MAD WW-III megaton megadeath we are probably inviting the return of great power wars and the dissolution of a quite stable, by historical standards, though questionably unjust world order.

USAF Space Command has been around for quite awhile now…

Jeeze. First we reboot Ghostbusters, now Star Wars. Again. Is there anything else we need rob from the 80s?

Either Diane Rehm or Tom Ashbrook had a show recently about the book “Ghost Fleet” that made similar points in addition to the use of cyberwar in the ‘next’ conflict. 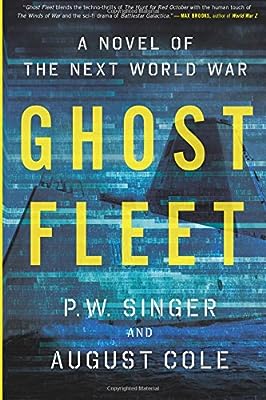 Ghost Fleet: A Novel of the Next World War

"A novel that reads like science fiction but bristles with rich detail about how the next World War could be fought." —Vice “A modern-day successor to tomes such as The Hunt for Red October from the l ...

A decent asat weapon is an IRBM with conventional explosives and some sand and gravel in the warhead. Put a cloud of space crap into the trajectory of whatever you want to get rid of.

At least if your target is at LEO, it is not that difficult.

A few more of these and you’ll start a cascade leading to the Kessler Syndrome, thereby making any and all spaceflight and its benefits nearly impossible for a long time. Great for certain fundamentalist/anti-progress/anti-whatever ideologies.

It could be well under a million dollars a shot: a 747-mounted rail gun could shoot a hard projectile into LEO and blast a satellite. Much more would be spent on the guidance system and transport than the $5 pointy hunk of metal it shoots out.

USAF Space Command has been around for quite awhile now…

Yes indeed, they have been - I feel under Space Command when I was in the USAF more than 20 years ago. Somewhere I still have a few of my “Star Trek” command patches.

You think anybody is going to sell any government a pointy hunk of metal for $5? It costs $10,000 just to fill out the forms to bid on the contract.

Also great to get rid of those spy sats overhead. Too many motivations for that.

We need a way to clean the LEO from tiny debris. There are proposals for the big pieces, but the small ones are worse to deal with. Maybe heavily armored laser satellites that’d vaporize the crap, pulse by pulse?

Not the US of A. I’m talking about North Korea mounting an old repurposed howitzer barrel on an Antonov with 2 of 4 engines functional, and shooting Coors Lites out of it at our satellites.

anything else we need rob from the 80s

No thanks, I’m good.

Disappointed this wasn’t about:

I wish I could remember the name of the book but the general idea was about a company that “mined” the debris field and had an in orbit titanium recycling facility. Collection of small debris was done with massive spider silk sheets. The collector would closely match the direction and velocity of the debris field and scoop it up. The collected debris was then milled and cold welded to create new components.
All fiction of course, but I love the idea.

And I was just thinking cubesat with a bb gun built in.

There’s a treatment for that now.

I think that even at 35k ft and an artillery boost it would still need to be a rocket propelled projectile with rocket or gas jet terminal guidance, remembering you don’t need escape velocity, just intercept and the kinetic energy of the satellite does the rest. An unmanned very high alt aerostat (~100kft)with rocket propelled kinetic projectile similar to an old F-15 ASAT and other kinetic approaches were mentioned.
It must be remembered that much important stuff is kept at or near LEO for best reconnaissance and radar resolution.
The worst was a nation with heavy launch, the old fear of(Soviet) moonshot free return to get an easy and camouflaged retrograde clean sweep(oh so messy) and long term denial of standard geostationary orbit with a gob of ball bearings.