Comparing a high-quality Rolex knockoff with a real one

One of the reasons there is a market for super-fantastically expensive watches is because of certain cultural/religious restrictions on males ‘adorning’ themselves.

For some cultures, it’s that fancy clothes and jewelry are considered effeminate. The Saville Row culture tries to out-tailor each other with subtlety - no bling. Except a watch.

There are populous religions that are restricted to not flaunting their wealth in what they wear. WTF?! Yeah - no obvious bling, but an astronomically expensive watch and a Mont Blanc pen is okay.

Checking your wrist to see the time is easier and quicker than pulling your smartphone from your pocket about nine times out of ten, if not more.

Also, a watch is not just convenient but it also can function as jewelry. There aren’t all that many pieces of jewelry you generally wear as a man in American or European society – a wedding ring, maybe another ring, cufflinks and tie tack if you’re wearing a suit, maybe a necklace – and a wristwatch can offer another way to show off status or portray your character. It’s a nice thing to have.

Of course, if you have allergies that make wearing a wristwatch a pain (literally or figuratively), that’s a whole another thing.

How many people do you know have fumbled and fatally dropped their phone while trying to check the time? I know PLENTY! All those protective cases, and not one case has a hole for a piece of twine so you can tie it to a belt loop for safety.

Right now, I am reduced either wearing a ‘better than no time’ unreliable self-winding Wittnauer OR a $3 quartz watch with no strap that has a Christian message all over the dial.

One of these three watches is a real Rolex costing 10,000. Another is an imitation costing 1000. The other is a smart watch that costs < 500. Not only can the smartwatch do a lot more than just tell time, it also has the benefit of saving the wearer from the guillotine.

The smart watch may be more functional, but at least the Rolex is literally heirloom quality and can last multiple lifetimes. $500 smart watches are disposable. It’s kind of a toss up which is a bigger waste of money.

Not only can the smartwatch do a lot more

Except that in five years, when the smartwatch has been effectively bricked because the newest OS does not support it any more, the real and fake Rolexes will still be completely functional.

Someday I’ll get a sort of fancy watch. It makes me a little sad that most of their models have 2+ hands now.

I tried getting a single-handed watch made by Luch, but it came with a HUGE-size band, was just a blah little movement floating in a mostly-empty case, and after barely a week the crown stopped working. (lesson learned about cheap eastern-european watches) 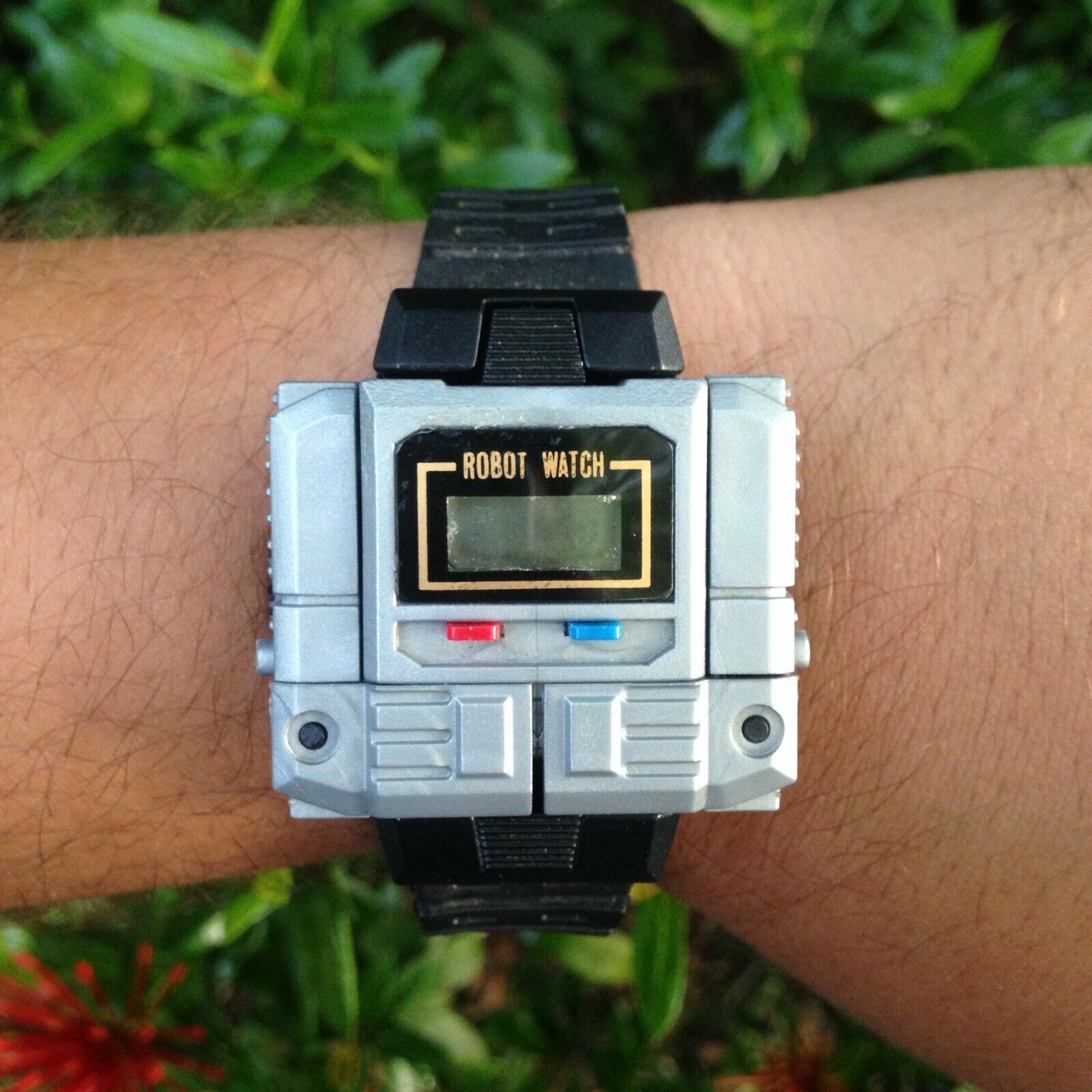 1980S ROBOT WATCH Vintage Transformer Takara Kronoform? - $81.00. Up for sale is a 1980s Robot Watch. It clicks in really well, It looks really good and has kept great condition. A bit dirty from storage but does not look like it was played a lot...

Why buy a Rolex knockoff when you can get one of these? I must have gone through ~5 of these in my formative years.

The smart watch may be more functional

Nobody is buying a Rolex or any other expensive watch because it’s the best way to find out what time it is. A $10 quartz watch that you can buy in a drug store will be more accurate and do more things than just about any $100,000 watch. Saying a Rolex is dumb because a Casio does more things is like saying some expensive designer shoe is dumb because a hiking book is more stable on rocky terrain.

High end watches are jewelry. People wear them because they like them.

What will it mean for artistic authenticity when all that is left is a digital signature?

Yeah but with the smart phone you’re much less likely to get de-armed in a threshing accident.

I’m of mixed opinion. My (my oldest ) brother had a consulting gig in Shenzen, and each time he’d bring a couple fake Rolex’s and such back. they were ok looking. he said he can’t afford the real thing so this is a nice toy to make himself happy. I saw nothing wrong w/ that at all.

I personally don’t hold any value in the expensiveness of the watch per se. I can afford a rolex and I can afford a timex, and, w/ the exception of some fine folks here and watchuseek, I think anyone who can tell the difference as a value proposition of the machine is BS’ing…most people treat it as a luxury to show off (or to prove something to oneself), like a diamond ring for men. That said, they are nice watches. I am not opposed to getting one and probably will one day (probably first an omega speedmaster)…

but my other (less older) brother was totally derisive of the fake watches.he said “how can you walk around with a fake watch - it means you are fake also and needy - you should buy something nice within your budget and enjoy it”. I can’t say I disagree w/ his logic either.

what do you guys think?

I can’t bear metal on my wrist

My Casio Quartz is nearly all plastic (ok the back of the watch itself is metal - but surely there’s a heap of watches that are ALL plastic) and cost me about five quid about 7 years ago. It costs me more than that to get the battery replaced every 18-24 months at the local repairer. (But I dislike the disposable culture and prefer to ‘maintain’ the one I have even at that small increased cost.) Now I can prise the back off myself, I do it myself. And I do not ever have to worry about bashing the face, losing it, breaking it, insuring it, or anything else. Nor do I have to get a phone out to tell the time. It’s instant. I feel naked without it. With any expensive watch I’d be permanently paranoid about loss or damage. Plus, the thing I do not like on my wrist is weight. The Casio weighs next to nothing. I get that Rolex et al are offering art, luxury, adornment, etc. But I do not understand wearing one of these unless one is obscenely wealthy enough to afford loss or damage.

The thing about the smart watch is, well it can do a lot more it has some limitations. For one thing, you have to recharge it every day, where as a watch battery lasts years. Another is in 3 or 4 years the smart watch will be obsolete and probably malfunctioning, or at least not holding a charge.

In other jewelry fakes, you can just weigh them, and I wonder if that would work with watches - the little cheats and corner cutting adds up to a difference in weight.

That was the tell for my old Canal Street special fake Rolex, the movement of which crapped out a few years ago. It was a surprisingly good fake for the price and fooled people who knew what to look for. But it was significantly lighter than the real deal.

what do you guys think?

For me it was mainly about the story of getting the watch, a dude materialising from a Chinatown alley to offer the “real” Rolex and me quickly doing a “we’re both men of the world” negotiation to get him down to a reasonable price for a good fake.

If anyone asked me if it was real I always told the truth before launching into the story. Then we’d talk about all the realistic touches on the item.

Right-- the casio gets the job done. 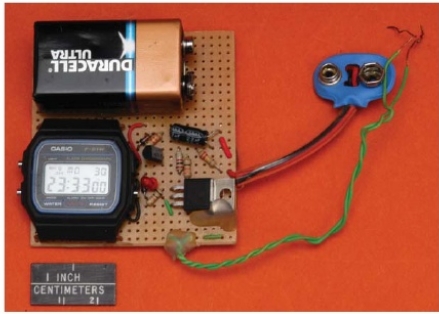 Ha! Like it. I also have one of those (well, not quite like that) but elderly eyesight renders its time-telling capacity a little hard and certainly not as instant as an analogue face. Shame, 'cos it means I do not wear it much these days.

Each guy was trying to convince the other that his was “better” because it was cheaper or the back story of how they got it was better or there was some tiny little difference that the other watch did not have, or how it is actually BETTER than a “real” Rolex because of this or that.

Once sufficiently advanced mass production has eroded much if not all of the technical superiority of the official article; superior provenance stories and the slight oddities associated with the swirling world of bootleg manufacture seem like plausible candidates to step forward as replacements for authenticity in determining the status and emotional value of the work…

You have a Casio? Well, aren’t we swank!

I had the joy of working for several different aspects of the luxury watch market - retail, repairs, etc., back during the Tech Stock Market ‘correction’. A bunch of us drssed to the nines, standing around waiting for non-existent customers. I had a choice: Hang around with the awful managers, hang around with the awful clerks, or try to mind-meld with one of the two clerks who really, really knew their watches - inside and out. With nothing to do but watch the clock, I picked their brains clean and discovered which ones were durable and accurate, and which ones were just bling. The best was when a customer would bring in a watch that had been damaged and was in pieces in a Ziploc bag - that’s when we got to examine the innards.

I can’t have nice things. It seems to run in the family, but we can destroy anything. The smaller and more delicate, the more spectacular will be its demise. Expensive watches are fine if you’re an attorney, or maybe a salesman, but for me, I think I could screw up a sundial.

I think the smartwatch thing is distracting from the point I was trying to make about expensive watches being stupid. Pretend I said Casio F-91W instead.