I wonder what #TheResistance is up to these days..lemme check twitter quickly.. Yup, still resisting basic decency and the American people’s rights. https://t.co/YRp7e2ogvG

55 House Democrats - including Pelosi, Hoyer, Schiff - voted to kill a surveillance reform bill that would have (among other things) added a warrant requirement to 702 searches. Full list of Dem 'no' votes: https://t.co/gqX8C8KbqK 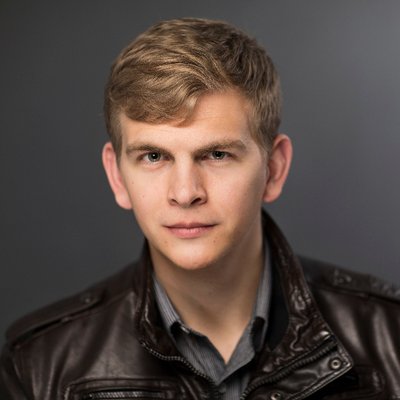 Nancy Pelosi and Paul Ryan both spoke in opposition to the amendment that would require the FBI to get a warrant before conducting backdoor searches.

Democrats voted a nearly $1 trillion war budget and surveillance powers into Trump's hands while claiming to resist him, while claiming he's unstable.
4 Likes
anon30760835 January 12, 2018, 3:34am #4

I especially love how Trump can’t even decide if he supports FISA or not, completely changing his stance in the span of less then two of hours.

“House votes on controversial FISA ACT today.” This is the act that may have been used, with the help of the discredited and phony Dossier, to so badly surveil and abuse the Trump Campaign by the previous administration and others?

With that being said, I have personally directed the fix to the unmasking process since taking office and today’s vote is about foreign surveillance of foreign bad guys on foreign land. We need it! Get smart!
2 Likes
Space_Monkey January 12, 2018, 4:06am #6

What a fucking heartwarming display of bipartisan cooperation, so often lacking in these contentious times.

Considering that there are a few folks the Dems have been floating for 2020 who are very likely to vote for this in the senate, it’s time to get out ahead of the curve and say that, knowing what we know now about how these powers are being abused, and knowing that you’re handing this power to Trump, supporting this is completely unconscionable, and there’s no way I’m ever voting for someone who votes for this. Not in 2020, not in 2048 if I live that long. If y’all decide to nominate one of these quislings, my lack of support is totally on you.

Why is Pelosi still the Democratic Minority Leader?

Because she loyally represents the interests of the money behind the establishment Democratic Party. 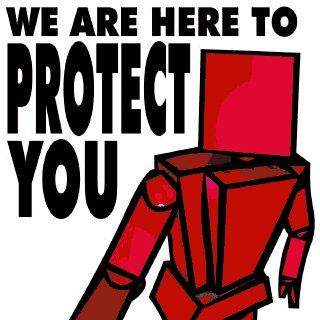 In the US, Dem centrism is the most authoritarian ideology. Imagine trusting law enforcement so much that you'd increase its surveillance power under a president you think is a traitor as a protection against treason. No right wing ideology loves cops quite THAT much.
3 Likes
Barradeno January 12, 2018, 6:09am #9

But she even voted opposite to the majority of her own caucus. I don’t get it.

They didn’t need the whole party to support it to get it passed. The faux-leftist Dems could be permitted to maintain appearances and vote against it. Pelosi is already known as a centre-right authoritarian, so there’s less need for her to fake left.

Growing up, one of the the big news stories was about illegal domestic spying. Ford setup the Rockefeller Commission and we got to learn all about how spying on Americans is not legal and outside the powers of the federal government.

So what did they do? Bush Jr. wrote on a piece of paper that it’s now legal to spy on Americans, passed it around for approval, and voila spying on citizens is now legal even without a warrant. But there’s a problem - a big elephant in the room. Our president and our government do not have the power or authority to pass such laws or make such executive orders.

We have, in our Bill of Rights, a list of restrictions on the power of government - a list of things the government cannot do without a constitutional amendment. One of those limits is mentioned in the 4th amendment

The right of the people to be secure in their persons, houses, papers, and effects, against unreasonable searches and seizures, shall not be violated, and no warrants shall issue, but upon probable cause, supported by oath or affirmation, and particularly describing the place to be searched, and the persons or things to be seized

And to reinforce that idea, the Supreme Court ruling in US v. Katz 389 US 347 specifically stated that those restrictions upon governmental power do cover government eavesdropping.

So, my question is… when will the press go back to reminding the people that these actions are criminal and the government is specifically forbidden from spying on its own citizens?

I’m confused. When I search for S. 139, I find a bill about the deployment of Rapid DNA testing that’s completely different than the bill the EFF links talk about. What’s going on?

Why is Pelosi still the Democratic Minority Leader?

Why do Californians continue to send her and Diane Feinstein back to Washington?

But she even voted opposite to the majority of her own caucus. I don’t get it.

Why do Californians continue to send her and Diane Feinstein back to Washington?

Actually, nothing that I can do about Pelosi, short of moving up North; my own House representative voted against the extension. This year, with the open primaries, we may have a chance to elect a more progressive senator.

I bet all 55 of those Dems are in very safe positions where they can easily crush any in-party challengers who might point out their hypocrisy in the next election round. Some democrats HAD to vote to keep the power where it sits - they know someday they’ll hold the Presidency and want those powers for themselves. Plus, they get to look “tough on terrorism.”