Oi, we just did this three months ago.

But I guess this is funnier in some regards. Might as well link to this again too. 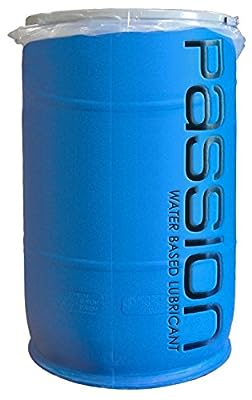 What are you going to do with all this lube?! Wrestling match? Biggest adult party ever? If you are looking for a simply jaw-dropping amount of lube, Passion Natural Water-Based Lubricant is ready to ...

Guess you need some proper reading material for all the time on the throne you spend after eating the potato soup.

First thing I thought of was the Bucket of Truth: http://www.cc.com/video-clips/79vh0s/upright-citizens-brigade-bucket-of-truth

He’s really sold me on that potato soup. I bet he doesn’t ship to New Zealand. I’m sure we wouldn’t have enough of his kind of people to bother selling it to us.

Thank you BB for today’s lesson in irony.

Awesome as I sit here and fart!

all the time on the throne

Hey now, Kim Davis said God was on there already, wait your turn!

Just have to point out that as bulk servings of potatoes go, 323 servings for $160 before shipping is robbery even counting the (spoiled) milk included in the bucket.

Having fed large numbers on a shoestring budget, I gotta laugh.

Let’s see. That’s $0.495 per serving. A can of progresso soup around here at retail is five for four dollars, two servings each.

Dehydrated taters on my first Google search are $0.23/serving, retail. Could probably get that closer to $0.15 if one actually tried.

The only thing I’ll eat out of a bucket is home brew.

I have never wished that I could be rich enough to blow $1275 on a whim before, but now I have. That drum o’ lube and one of those smallish inflatable pools! Whee!

Also, I thought this was a total joke/mockery of the potato soup buckets until I clicked through to the site. On a practical level why the F would you put books into a bucket rather than some sort of box? Is there some rule that everything sold has to come in a bucket? Can I buy a bucket of pink necco wafers from them?

Can I just get a biblical Happy Meal?

I wonder if they taste better than that potato soup.

[quote=“Bobo, post:12, topic:68566”]I have never wished that I could be rich enough to blow $1275 on a whim before, but now I have. That drum o’ lube and one of those smallish inflatable pools! Whee![/quote]For the same price you could fill that inflatable pool with six hundred BIBLES! From buckets!

… It probably wouldn’t be as much fun.

Guess you need some proper reading material for all the time on the throne you spend after eating the potato soup.

I was going to say something similar…if you are stuck in your doomsday shelter eating his soup at least now you have another bucket and a whole bunch of paper. eat. sit. wipe. repeat.

That drum o’ lube and one of those smallish inflatable pools! Whee!

you could get some high speeds if you used lube on one of those.

you could get some high speeds if you used lube on one of those.

It’s what Jamie and Adam used in Mythbusters for this:

Although I’m pretty sure that Jamie referred to it specifically as “animal birthing agent.” Way to make it incredibly unsexy Jamie. Your legacy is intact.

My theory is he has pallets of unused buckets from his failed bucket-o-slop biz and pallets of bibles from his failed convert-the-suckers biz, and has with great wisdom combined 2 bad business ventures into one super mega venture. And there’s just something real 'merican sounding about getting a bucket of Jesus sent to you.