Originally published at: Coolio to have a posthumous appearance on the new season of Futurama | Boing Boing

last i read, long long… ok about a year ago, John William DiMaggio wasn’t down to do Bender again and that would be that. did they finally promise him a proper amount of black jack and hookers?

With a new season of Futurama in the works

I loved Futurama. But the post-cancellation revival seasons were really bad with a couple exceptions (but the exceptions were really good), and it felt like they redeemed it only by giving it a nice ending that looped back around to the start.

I hope this revival will be better, but I don’t really expect it to be.

Yes, they apparently came to a new agreement (but not one that actually got DiMaggio more money). 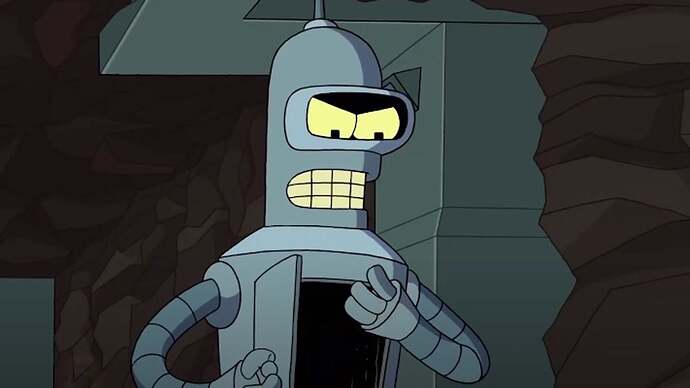 Futurama voice actor John DiMaggio has claimed he "didn't get more money" for agreeing to return to the role of Bender for the show's upcoming revival.

The feature-length episodes like “Bender’s Game” and “The Beast with a Billion Backs” kind of sucked because the format was all wrong for the show. Futurama works best in the tight 22-minute format, not padded out with filler just to fill out runtime. To make things worse those movies were written with the intent of being able to split each story into 22-minute segments for syndicated broadcast, resulting in awkward pacing that didn’t really work well as a feature film or a series of short episodes.