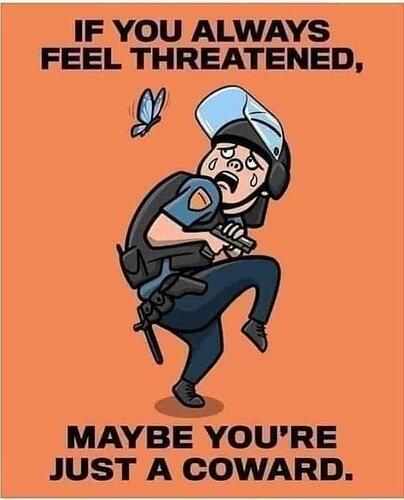 Well the dude’s guilty of driving while Black, at the very least.

Shame the driver wasn’t able to cite the civic code for the applicable law. That would have gotten the cop to back off.

A cop thought he could intimidate a bike rider. Big mistake | Boing Boing

This Long Beach California cop sure picked the wrong kid to harass. The video begins with Officer Unfriendly barking at a couple of biker riders to “Park your bike!” He then proceeds to lecture the…

I don’t think that would have helped in this case; the cop seemed to want to have their power play fantasy.

I don’t think that would have helped in this case; the cop seemed to want to have their power play fantasy.

I must have needed a /s.

Anyone want to take odds on how many cops are pulling over delivery drivers of color as easy marks for arrest? “Why were you suspiciously going up that house?” “Why are you in such a hurry?”

When a Black person asks for a supervisor it’s a “Reverse Karen”, with depressing results like this.

You mean it’s a shame he wasn’t white.

Yes, that was the point.

The man wound up facing additional charges of resisting arrest

“I arrested the suspect telepathically, but he continued to act as if he hadn’t been arrested, and still had rights.”

Nah, this guy is black. I can’t imagine that Mr. Snowflake cop is going to process being told things he should already know by someone with melanin very well.

Out of curiosity, is it legal for a cop to demand you get out of the vehicle? What does the ACLU advise one do in this situation? 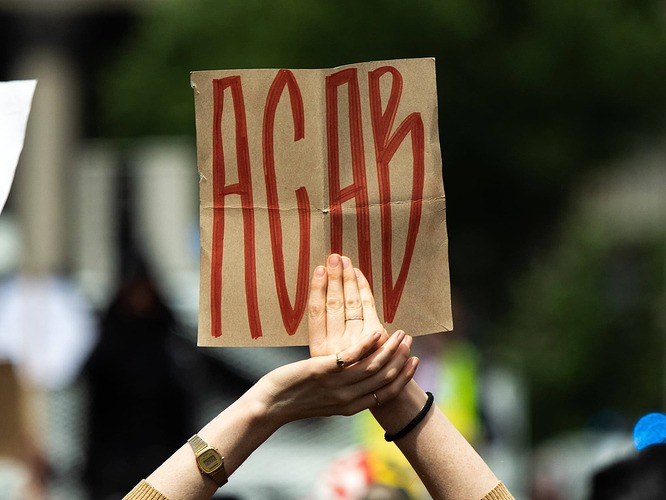 It is legal for a police officer to ask you to get out of your car if you have been pulled over for a valid reason. If he thinks it is for his safety he can give lawful orders and you should follow them. There is a very low bar for what officer safety concerns need to be.
Do what the man says and talk to a lawyer later if you think he crossed the line.

Obscenity-laden commands are, of course, the clearest way for police to assure us of their professionalism and self-control.

Do what the man says and talk to a lawyer later if you think he crossed the line survive the encounter.

Out of curiosity, is it legal for a cop to demand you get out of the vehicle?

Sadly, it does appear that you can be arrested for refusing to comply with a police officer’s order to exit your vehicle. Evidently, the US Supreme Court has ruled on this in the case of Pennsylvania v. Mimms and Maryland v. Wilson. 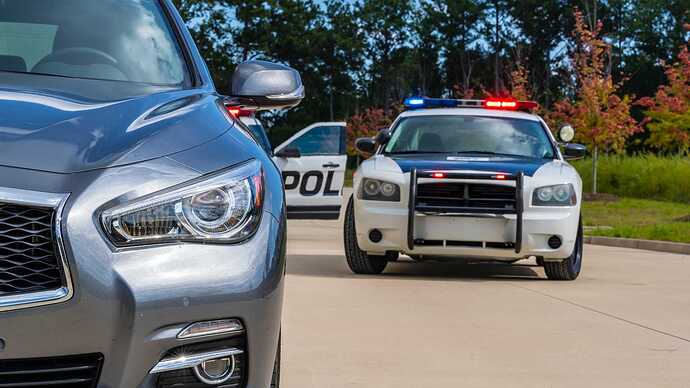 Are You Breaking The Law By Refusing A Police Officer's Request To Exit Your...

In times like these, it's important to know the law and your rights.

Pennsylvania v. Mimms, 434 U.S. 106 (1977), is a United States Supreme Court criminal law decision holding that a police officer ordering a person out of a car following a traffic stop and conducting a pat-down to check for weapons did not violate the Fourth Amendment to the United States Constitution. In 1970, two police officers from the Philadelphia Police Department pulled over a vehicle driven by Harry Mimms for an expired license plate. The officers instructed Mimms to exit the vehicle; wh...

It’s infuriating that my first thought was about how lucky he was to survive the encounter.