How do you threaten a passing car with a golf club?

I’m guessing that if they had video of the gentleman swinging his golf club “at the officer (in her patrolcar?)”, it would have been edited into the video seeing as it was released by the SPD. And supposedly her racist facebook posting was on her own time so that makes it out of their disciplinary reign.

So why was she only put on desk-duty 7 months after lying and making a false arrest?

So are you, officer. So are you.

Excuse me, sir. Is this person bothering you?

Exactly. I guess he was disrespecting the police with his golf club. You know only white people are supposed to golf. Black person with a golf club is a N****** with a deadly weapon.

The charge was driving while black, until she realized it was just a putter.

Her ex is reporting that she was always racist and that she stole pot from evidence and they smoked it.

I don’t know if this is true, but unfortunately, even if it is, the ex is coming off a lot like she’s just a resentful former lover.

And supposedly her racist facebook posting was on her own time so that makes it out of their disciplinary reign.

If only the same extracurricular disciplinary rules that applied to students in schools applied to cops.

A couple days ago a teacher was pepper sprayed at an MLK rally in Seattle. All the other officers around her seem as cool as cucumbers, but she seems needlessly agitated.

Seattle cops don’t seem to understand this one crazy trick…

When you realize you’ve dug yourself into a hole, the first thing to do is stop digging! 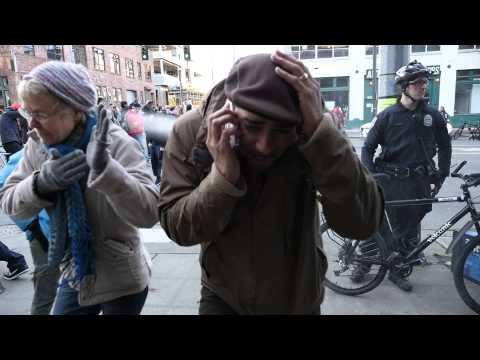 or keep digging till you find mole people, then proceed to handcuff said mole people and shoot them. If anyone asks any questions, the mole people took the gun from your belt and committed suicide. because I am the Law.

What a scumbag…We are so lucky to live on a time when cheap, ubiquitous video is available. These roaches can’t hide.
She pulled over so fast after seeing him it’s obvious she was just in the mood to mess with a black person. Even if she saw the golf club, (which I doubt), it looked like a cane until he moved it out from behind his leg. And an old man with a cane is not exactly a strange thing to see.

Notice starting at about the 1 minute mark how many people walk right by him. They do not even take a wide berth. They do not see him as any kind of threat. One women, who is smaller than the officer, even stops to talk to him. We have a saying around here, If you are that afraid, get a dog! I think that officer needs two dogs.

You know only white people are supposed to golf.

But black people are supposed to carry the equipment. 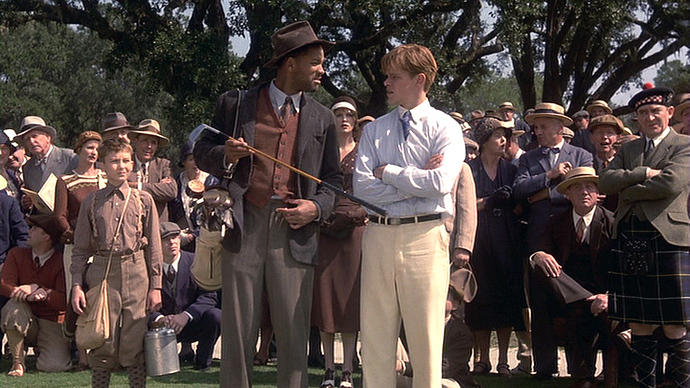 But that was a Magical Negro!

She pulled over so fast after seeing him it’s obvious she was just in the mood to mess with a black person.

I got the impression that the incident happened earlier, and she had to swing back around the block to find him again.