Cops have way more rights than you do

And their future policy ideas are moving further away from professional, trauma-informed policies and toward privatized security options which risks making the violence worse.

The officers suffer repetitive, vicarious traumas and then bond together for safety. They’re asked to do impossible tasks, and they respond increasingly with racist, violent, unreasonable — and too frequently undetected — acts against the communities they’re sworn to serve.

There needs to be vastly increased investment in mental health services and training for trauma-informed interventions and mental health diversion programs. Citizen oversight boards are needed and gun safety reform.

There needs to be increased investigation by journalists and citizen journalists of crimes committed by law enforcement to dispute the public perception that the difficulty of their jobs justifies any amount of violence and collateral damage — esp. against African Americans.

The Dept. of Justice monitoring agreement with Ferguson may furnish a template for curbing some of the worst abuses. In general, the memoranda of understanding that the DOJ enters with struggling police departments contain useful ideas for reform.

There needs to be vastly increased investment in mental health services and training for trauma-informed interventions and mental health diversion programs. Citizen oversight boards are needed and gun safety reform.

and I want a pony.

The Dept. of Justice monitoring agreement with Ferguson may furnish a template for curbing some of the worst abuses. In general, the memoranda of understanding that the DOJ enters with struggling police departments contain useful ideas for reform.

My local police force, Oakland, has been under federal oversight for a decade. It didn’t stop them from beating Occupy Oakland protesters on national television. This oversight happened after a lawsuit when a rogue cop unit (the “roughriders”) was caught framing people in Oakland. Two cops went on trial and one went on the lam. AFAIK, there were zero convictions too.

and I want a pony.

I feel you, and yet I’m not convinced it’s not already happening.

The GOP has been unable to field national candidates who are popular with their own party for almost ten years.

We have the ACA and mental health parity reforms despite historic obstructionism. …

You think the ACA is a reform? It is, I guess, mildly. It’s more of a full employment package for insurance companies though. It is graft for their industry.

This article, and the underlying project, misses an important distinction. The rights found in labor contracts are employment rights. They exist to guarantee fair and dispassionate disciplinary investigations.

When it comes to criminal investigations – which is really what everyone is most interested in – cops actually have less rights than the rest of us. Unlike non-governmental employees, cops can be compelled against their will to answer questions about the subject of the criminal investigation. For the rest of us, the Fifth Amendment would prohibit that questioning. For cops, it doesn’t (thanks to a Supreme Court decision, Garrity v. New Jersey). Though the prosecution can’t use compelled statements to criminally prosecute a cop, at least can’t do so obviously, it’s clear that once a compelled statement exists in the ether, there’s a risk that it can be used.

OMG OMG OMG You’re going to get. a. pony.

An acquaintance of mine shared a blog post in the last day: 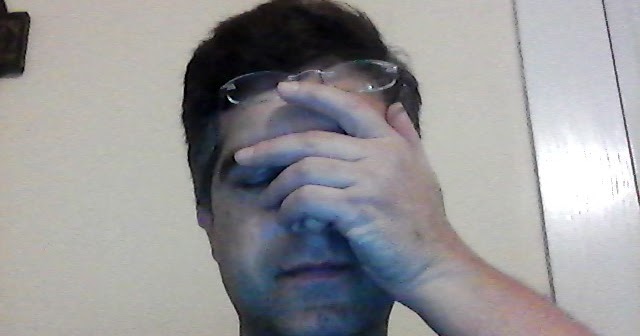 The Song of Obamacare Compliance

That moment when you are finally forced to buy a mediocre insurance policy because the fines for non-compliance with Obamacare are too ...

OT, but this picture accompanying the linked article reminded me of something I’ve always wondered about… Does anyone know what the story is with these chinstraps? Drill instructors and Mounties manage to keep similar campaign hats on their heads without them (although DIs have that vestigial little rear skullstrap.) It looks like some kind of ritualistic bondage gear designed to keep the wearer from speaking with a hat on.

Yes, we need single payer or at least a public option. We need some strong federal rules making it easier to persuasively make the case to those who uncritically countenance insurance companies — corporate solutions generally — that greed is not always a social good.

The fact that successful union negotiators arrive at contracts which protect their members should come as a surprise to exactly no one, and in particular those who are strong supporters of unionization.

I’m on hold with the bank, so I figured “why not?” and started to search for an answer for you. Apparently this is one of those questions for which there’s no definitive answer. One thing I read in a comment thread, and it was attributed to Reddit but without any link, was a pretty reasonable guesstimate:

The reason for its shape was when the enemy cavalry used to charge at
the guardsman, the bearskins meant they had difficulty gauging where the
head started. It meant they usually aimed high as, as you can see, he
wears the chin strap under the bottom lip. It sits on the head very
securely, like any cap or hat that is all nice and snug around the
crown. The inside of the fur is like a light basket weave to it is not
top heavy. With regards to aiming at the face. Note the fur resting over
the eyes in the picture, the face is nicely obscured but still very
easy to see through.

From a distance, when the cavalryman will begin to aim, a midst the
smoke, the bouncing on a horse, disorientating noise, the head is
in-distinctive and when one wears the chinstrap under the bottom lip,
the head will seem higher to the cavalryman who does not know any
better, he will be aiming for the head and aim high.

Interesting, but it seems pretty unlikely that any rifleman, especially one bouncing around on horseback, would be going for headshots. Even nowadays, with far more accurate weapons, they fire at center of mass, i.e. the torso.

ETA: I have less than no idea what’s going on here but I suspect Jean-Paul Gaultier was involved:

Oh, I’m from Pennsylvania, I’ll help you out here:

Yes, and let’s not forget the huge political price the GOP has paid for opposing it.

They used to oppose socialist Medicare and Social Security too. They love it now.