Count your bees with a Raspberry Pi and machine learning

I tried, but I kept running afoul of the Heisenberg Apiary Principle. I couldn’t count the bees without killing them.

I tried, but I kept running afoul of the Heisenberg Apiary Principle. I couldn’t count the bees without killing them.

Schrödinger's cat is a thought experiment, sometimes described as a paradox, devised by Austrian physicist Erwin Schrödinger in 1935. It illustrates what he saw as the problem of the Copenhagen interpretation of quantum mechanics applied to everyday objects. The scenario presents a cat that may be simultaneously both alive and dead, a state known as a quantum superposition, as a result of being linked to a random subatomic event that may or may not occur. The thought exper Schrödinger intended hi...

now he’s got a running tally of how his bees are faring from day to day.

I first read this as farting and got excited. “Bees farting!” I thought to myself. Then I re-read it, and was disappointed.

I guess this answers the old, “Two bees or not two bees?”

What’s this? A thread trying to determine if it’s properly populated with bees?

What’s this? A thread trying to determine if it’s properly populated with bees?

That gif is shooped, it’s the same couple of bees repeated, I can tell by the pixels! Fake news! 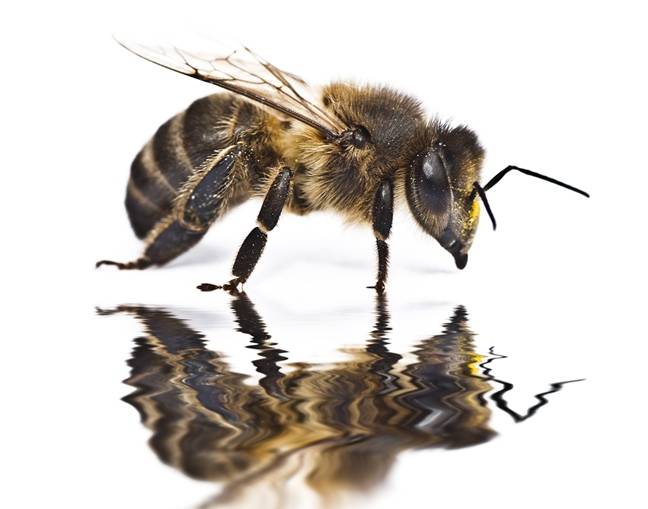 Mmm, that could be of interest to my beekeeper of an uncle.

They aren’t on the database yet

That sounds better than bee license backpacks. It’s hard enough for them to fly in the first place without having to lug a backpack around, and be called nerds by the other bees.

By attaching tiny tracking devices to the backs of honey bees, one Australian scientist hopes the insects will reveal why the global bee population is in serious decline. Nearly ten thousand bees o…

I want to use a Raspberry Pi to measure the traffic at our hummingbird feeder. I might take a look to see if I can steal adapt anything from this project. (Motion detection might be good enough. It’s very rare to have more than one at a time, so counting them isn’t an issue.)

This UofT setup is clever, but it looks like a hummingbird NMR.

Photo: Journal of Avian Technology The two photographs above were taken at the University of Toronto's Koffler S...