Article From The Future:

“…things kind of went off the rails when we did our episode about ‘cleaning an apartment on meth’. I mean yeah, we cleaned that apartment really fast but in retrospect I think all those excuses for filming that episode over and over again were mostly bullshit rationalizations.”

From this side of the door, yes. That doesn’t negate though the “interestingness” of their shared experiences.

I would totally drop that again. It’s been years, but it’s been far harder to get than a long lasting relationship. Where in the world does an old man find such a thing now?

Spoken like someone who’s only familiar with booze and weed, and/or who only knows dumb and boring people.

Where in the world does an old man find such a thing now?

Pretty much anywhere psy-trance is played.

So, LSD. Good drug for navel gazing. Not so good for creating interesting videos. That’s the best they got out of 4 hours of filming? I think I’d rather watch the smiling guy.

And you thought that second glass of wine before assembling your Scandinavian stick furniture might have been ill advised.

Amateurs. I find flatpack furniture difficult no matter how many glasses (including 0) of wine I’ve had. 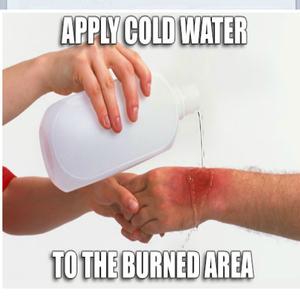 If this was her first trip she should not have been tasked with helping to assemble furniture. It’s much more important that a first trip is a positive experience. She should have left the itinerary open and had alternatives available for exploration. A sequenced set of instructions that are given to you after starting your trip may lead to frustration and a bad start for the experience. So many, more interesting, things she could have done!
I was once faced with a difficult task while on LSD. I came to that situation through my own naivete and would not want to repeat it. However, things worked out and it was an interesting and, possibly, informative experience. LSD can enhance some cognitive abilities but others are diminished. With this is mind, you can learn to adapt and function well in this strange mental state.
This was the context. I did a, 3-day, solo backpacking trip in Shenandoah National Park in late October. At that point in my life, I had already taken LSD about two dozen times. I felt comfortable doing this solo in semi-wilderness and took acid on the 2nd day. The day was cloudy and I had a good time traipsing down the trail with the Fall colors in full splendor. However, when I was peaking I turned around and couldn’t figure out immediately which way I had come versus which way I was going. I decided that it was time to set up camp. I found an appropriate site and pulled out the mountaineering tent which I had just rented for the trip. Although I had backpacked many times, I had never, as a poor college student, used a mountaineering tent. Since, I had rented the tent on the road to Shenandoah, I had not put it up or even read the directions. I thought, naively, how hard could it be? At this point, storm clouds were building and I needed the tent for shelter for the night. I started to read the directions. There were two words which I had never heard of. Three sentences later, I had to start over reading the directions again. This is one of the effects of LSD, depending on dosage and the person, it can be impossible to read anything of length. Even a paragraph, was too long for me this time. The tent had to be put up and I started to get very frustrated and rather concerned. Not a good thing to be while tripping.
So, I sat back and said to myself, “I’m peaking on acid, what sorts of things can I do well as opposed to reading words.” I knew that mental manipulation of 3d imagery was enhanced in my state. I looked at the tent fabric and the hardware and manipulated the pieces in my head until if fit the drawing of the completed tent in the directions. After that, it took about 4 minutes to put together. I felt a wave of relaxation and turned, once again to enjoying the vivid colors of nature around me. The wind soon picked up and I found a rock outcropping to sit upon that put me at tree-top height. I spent an awesome couple of hours watching the trees, with their infinite patterns of red, yellow, and green whip around in wild frenzy. I will never forget it. A true inspiration!

As mundane and ill-advised this task might have been for her first trip, at least the experience didn’t devolve into an argument, which I’ve seen a few times among teams of two.

No, see, the only thing that matters is that people on the internet get to feel morally superior… /s

Meh. As Aldestrawk points out, trying to do a relatively mundane rational cognitive task while on LSD is the least productive way to get a meaningful experience. It’s too bad the young lady didn’t have a more adept guide for her first journey.

Furthermore, this video misrepresents all that’s worthwhile about the experience. The exciting, fascinating and funny stuff that happens with LSD happens inside the mind. Watching people on LSD, if they’re not Terrence McKenna-caliber talkers, is just kind of silly and dull.

How many of the Others are Terence McKenna-level talkers though?

I agree her first trip could’ve been programmed better than something for the amused consumption of our asses.

Hell: I did too much edible weed one time and tried to put up and air out a tent that any 10 year old could put up in 5 minutes. And it took me about 90 minutes…and I’d put up this same tent at least three times before, when I wuz straight. IKEA? On acid? Pleeeeze!

I certainly enjoyed that, esp. seeing someone just giggle thru their first trip. My first trip was notable for learning how to walk. It was sometime later that I heard Laurie Anderson describe this perfectly in Walking and Falling. But my most surprising trip was when, for some odd reason, I decided to reread (yet again) Gormenghast. Hey. Made it thru the first two books

Listening to someone’s account of their experience tripping isn’t much more interesting than listening to a co-worker talk about that really fascinating dream they had.