An argument against disarming the drivers, I’d say.
At least allow them flamethrowers on the cars.

And now GTA will get an Uber-themed DLC…

Leaving Charles De Gaulle airport via Uber, thousands of taxi drivers protesting Uber held her car hostage for over an hour, breaking the car’s windows and slashing its tires.

Carla, please conjugate correctly. It was not the thousands of taxi drivers who were leaving the airport.

Paris is the only place on the planet I’ve ever been to where when I asked a taxi driver (at CDG) to take me to a hotel, they responded that they didn’t know of any.

The person who manages the taxis (like waves them forward) apparently also didn’t know of any hotels in Paris. They had to call into the airport to the airport information desk to find the address of one. Any one. 15 minutes later they had an address of one (which was absurdly expensive but I was desperate).

Suffice it to say, I do not hold a high opinion of taxis in Paris.

Also, having been back to Paris many times since then, I always appreciate Uber because they speak English (taxi drivers almost never do and my French gets worse every day) and you can set the destination address in the app.

do you even France?

As an American ex-patriate who has moved to France to escape the feudal hell that the US corporatocracy has become, and who was personally quite inconvenienced by the situation because I had to travel from Paris to Lille and back today (both Gare du Nord in Paris and the train station in Lille were blocked; I had to do some rerouting and walk an extra 2 or 3 KM), I fully support the cab drivers in their strike. I don’t support the violence, and that part sucks; but, like all news media, the bad actors got the headlines. The protests I saw were completely peaceful.

I like living someplace where the people really have the power to strike and use it.

I like living someplace where the police don’t go in with riot gear and bust the heads of people demonstrating legally.

I like living someplace where the walmart model of underpaying your workers (like uber does) is not allowed.

I like living someplace where the taxis are licensed according to the local regulations, rather than what some corporate nabob in some other country thinks the regulations should be.

Courtney Love was using a service that is illegal in France. I’m sorry she was caught in one of the few violent actions, but she should frankly be glad she didn’t hauled off to jail.

I’ve also found the cab drivers in Paris to be almost unfailingly polite and helpful. Oh, and I live in Paris. So i have more experience with them than most of you. A couple of data points do not make a good sample make.

Don’t like it? Don’t come to France. We won’t miss you. You can keep your capitalist dreamworld in the US. Don’t come crying to me when you discover you can’t find a job on which you can support a middle class lifestyle.

For those of you that want to have Uber control all your paid rides in the name of removing the corporate hold on taxis, all I can say is:

I like living someplace where the police don’t go in with riot gear and bust the heads of people demonstrating legally.

I loved it when I watched the police pull non-white French people off the trains when I was there to harass (face down on the concrete) while non-white other train passengers yelled at the cops in French that what they were doing was illegal. That was fun.

France isn’t a utopia, especially if you aren’t white.

Does anyone find it ironic that because taxis are rioting, it is forcing more people to take Uber?

I tripped over this, too.

Love takes Uber instead of a taxi? I guess all that Cobain Estate money went up her arm a long time ago.

Sounds like Uber is a far superior service. Maybe if they sold more taxi medallions and the industry set standards of some kind, they’d be competitive with alternative services like Uber.

Uber’s popularity isn’t really a problem. It’s a symptom of the underlying problem of regulatory capture by the taxi lobby, who are now used to providing shitty service, because they’ve legally quashed competition. And now the drivers are angry that they can’t get their fares when they offer an economically unattractive service.

If you’re going to run a capitalist economy, then competition needs to be enforced. Otherwise you get disruptive innovation, when the innovation itself isn’t really the problem.

And the Neocons think privatization of government services will solve all our problems, instead of leading to more regulatory capture.

I find it ironic that you’ve mistaken a personal choice for a forced act. Good times.

Coke sounds better than Pepsi too, unless pepsi does.

Both rot your teeths

underlying problem of regulatory capture by the taxi lobby

See, without historical understanding it can look like the taxi lobby is the problem.

But the medallion system was invented to avoid another set of problems. One which, amazingly, Uber is now running into.

But by all means, believe in the powerful taxi lobby. They’re up there with Pharma and the Telecoms in terms of influence and power.

Sigh. It’s just not one dimensional is all, much as it would be great if it were that simple, Nothing Is.

I should have read your full post before I replied.

On the subject of Uber, I saw this yesterday… 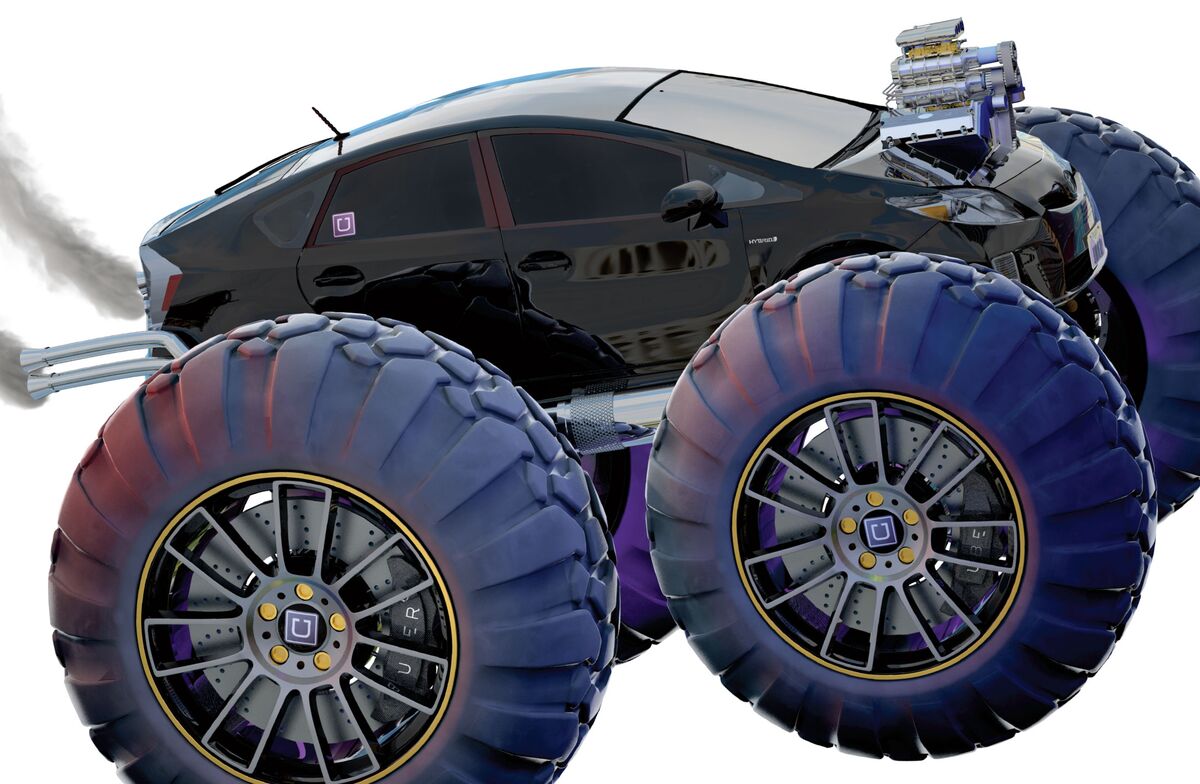 This Is How Uber Takes Over a City

I found a second comment I wanted to reply to and added a second part.

with some context from the NPR story. Was this a problem?

I find it ironic that you’ve mistaken a personal choice for a forced act.

You have two viable choices. (Let’s consider the more esoteric alternatives like “take public transport” or “do not travel” to be impractical here.)

One of the choices is taken away.

Isn’t it kinda… sort of… like… being forced to take the other one?

Nah, I just realized that my economist pants were about 4 sizes too small, so I deleted my response which is pretty much informed by personal experience plus a couple of quarters of micro-econ in college, quite a while ago.

Anyway. I like studying economics to an extent. But I really find most economic reasoning to be about as deep as a puddle of spilled milk on the counter.

You have two viable choices. (Let’s consider the more esoteric alternatives like “take public transport” or “do not travel” to be impractical here.)

Says you. I own a car. I have feet. I have friends with cars. I have the option to postpone my travels. At least.

I have a lot of things to do other than feel compelled to break the law AND cross a picket line. You may not draw lines there, some do. Nobody forces you to do either. It’s a choice.