Why arguing with a bus driver is a bad idea

“I was afraid for my life and for the lives of my passengers, so I drove away to save us all!”

Seems fair. Wish I could understand what the argument was about. Anyone willing to give the gist of it ?

“Motherfucker, dude!”
I wonder what the translation is for “There’s a beverage here!”

The biggest reason I like living in America where rule of law can trump the rules of physics.

Many years ago, in my teens, a wise older friend of mine always liked to remind me, “In the battle between the fly and the windshield, the fly never wins”.

Reminds me of a time when I saw somebody trying to pass a bus in Kenmore Square - unaware that the bus was slowing because it was just about to pull off the street into the bus station. That car got completely crushed between the bus and the wall of the station making the most awful noise I’d heard.

Is Chavs the guy’s name or do they have chavs in France now?

Could be short for l’chaviré. I don’t speak French but I can easily imagine an idiom wherein a wrecked car is called “capsized.”

The video is from Chile, according to boingboings source.

“In the battle between the fly and the windshield, the fly never wins” 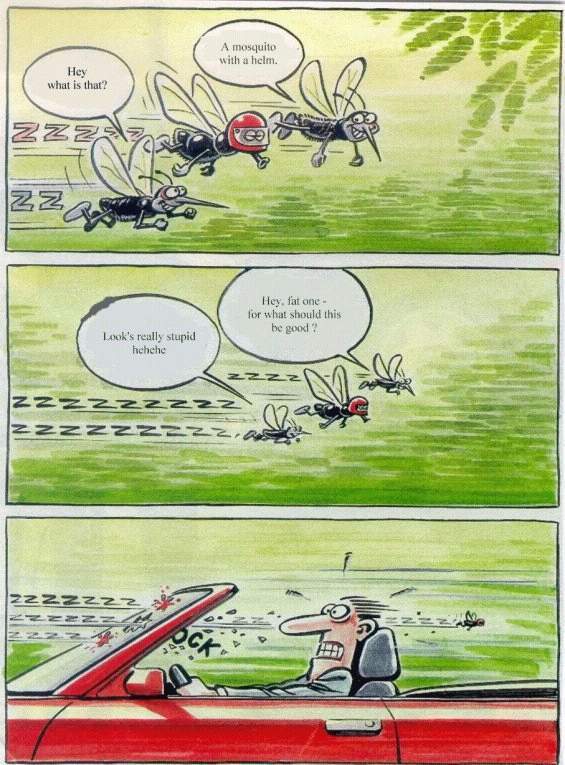 What, they’re not allowed to speak French in Chile?

But you don’t speak French-- how would you recognize it as French, and not some other Romance language?

It sounds like trying to speak a Romance language while trying to keep a live frog in your mouth.

Anyway, chav car might be an accurate translation of “auto de flaites”

Flaite (Spanish pronunciation: [ˈflaite]) is a Chilean Spanish slang used to define urban youth of low-socioeconomic background who are linked to vulgar habits and crime. The stereotype of the flaite is from a low socioeconomic background, tend to be a delinquent, travel in groups, and like chavs, have a distinct style of dress. They enjoy music such as cumbia and reggaeton. The flaite stereotype wear sneakers such as Nike Dunks and other basketball or soccer shoes. They usually have short haircu...