It’s just the flag of the South!

No no. You got them all wrong. It’s just about “states’ rights”. Lol. 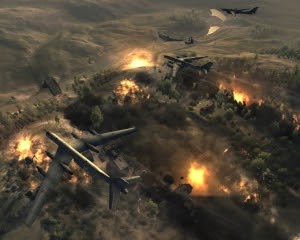 The cure for Detroit

Ol' Remus It's late evening in Detroit. Here and there we see the first flickers of random arson, the pale yellow flash of gunf...

What Are We To Do?

Nat Turner's Rebellion, A Gruesome Tale The following essay by Joseph Addison Turner of Georgia summarized the fear of servile ... 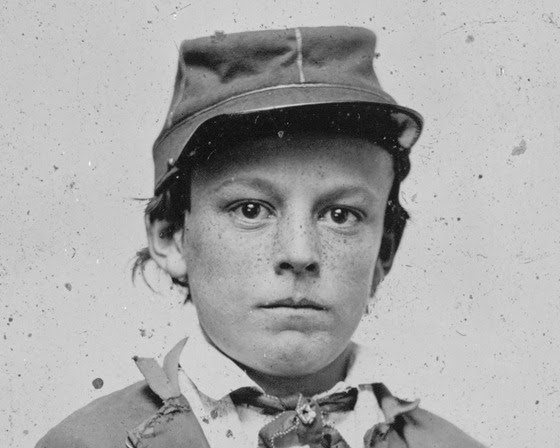 In Defense of Our Blood

Unidentified young soldier in Confederate infantry uniform, possibly drummer boy. Shortly after we formed The League in 1994, I...

This site is a fucked up place.

Crowd fund another flag pole next door on which to fly General Sherman’s regimental colors? I’ll chip in.

Those flags probably look tasteful compared to this private atrocity located along I-65 in Nashville. The man on the horse is Confederate General Nathan Bedford Forrest (the first Grand Wizard of the KKK).

The flag will serve to welcome visitors and commuters to Richmond, and remind them of our honorable Confederate history and heritage.

I’ve always found (growing up and living within range of Revolutionary War landmarks and reenactor groups and whatnot, which dominate the Civil War in terms of visibility and interest, despite being much older and much, much, more settled) the asymmetry between the incredible levels of noisy butthurt that the south manages to retain about losing a war almost 150 years ago (despite being readmitted to ‘states’ status, rather than retained as some sort of occupied colonial exploitation zone, in practically the blink of an eye) and the almost total absence of any northern triumphalism about it rather surprising.

There aren’t zero ‘Union’ flavored civil war enthusiasts, and family-history buffs whose lineage included Union solders are reasonably common; but if the north carried on anything like the south, we’d have “2/12/61-Never Forget” bumper stickers all over the place and an annual “Jefferson Davis was an illegal enemy combatant!” barbecue, and sundry other celebrations of the counterinsurgency efforts that I’m having trouble even imagining, much less have any real-world examples to draw on. Any sort of Union battle flags, regimental colors, etc. are also almost unheard of, outside of specialist dealers in such things (who, in our intertube age, can probably score you a flag from pretty much anywhere, any time, it’s not like Fort Sumpter-pattern flags or 33/34/35-star flags are particularly hot items.).

I regularly drive along that particular part of I-65, and, although it’s been a while since I looked at the arrangement, I was pleased to see that, at one point, all the flags were so worn they were in tatters and unrecognizable. Unfortunately the eyesore statue, in spite of looking so cheap, is made of some pretty durable material.

By the way, the owner of that eyesore has also put up a placard stating that Nashville’s Fort Negley was the site of Union war crimes against black southerners. It doesn’t go into any detail, though, because the complexities of history make racists uncomfortable.

Or better yet, have a little monument with a flag for every attempt by southerners to secede FROM the confederacy during the war? (West Virginia, Nickajack, some counties in Tennessee…)

When you study American History under a Southern Civil War scholar, you get a little different perspective than what this article implies. Mostly that people in the Antebellum South were starting to question the biblical justification of slavery, and if left to their own devices would have likely ended in on their own. But they weren’t left to their own devices or allowed to secede from a country that couldn’t have been founded without them. They were invaded, and brutally pillaged.

So fast forward to present day. I move out of the South, and here this mantra, “this place is getting ruined by all the Texans and people from California moving here”. I’m not even Texan, but I had a Texas tag on my truck, and got the stink eye and passive aggressive comments from my neighbors. If they don’t like Texans so much, why did they go to war to keep them in the union?

I’m not really right-wing, or racist, or any of that. I pretty much despise racist and bullies. But I put a got-danged Confederate battle flag on the wall in my garage, lest any of these worthless yankess I am forced to live amongst get confused about where I am from.

No no. You got them all wrong. It’s just about “states’ rights”. Lol.

Right… a good percentage of hicks in the backwards, dogmatic south believe that and keep saying that the Civil War had less to do with slavery than anything else. Then again, there’s quite a problem with people in the south educating themselves so it’s a hotbed of stupidity. There were many other catalysts, but to deny slavery as one of the main Civil War triggers is, well, uneducated. Richmond, Virginia - Home of the second place loser trophies.

The south will rise again, fart and lay back down on the couch.

This site is a fucked up place.

You have to love the total lack of perspective enjoyed by somebody who is outraged at the idea that his slaves might, y’know, want to kill him. Obviously a Yankee plot, not something that would ever have occurred to them because of anything we did…

"Mostly that people in the Antebellum South were starting to question the biblical justification of slavery, and if left to their own devices would have likely ended in on their own. " Mighty white of them. But they would still have left a nice festering scar running across North America, giving the European powers the opportunity to play divide & conquer between the USA & CSA.

Had they won, World War One would have had a North American front. Clouds of mustard gas wafting across the Ohio River. This is what they damn near inflicted on America.

“The south will rise again, fart and lay back down on the couch.”

OK, so why a Confederate Battle Flag rather than the flag of the actual state you’re from? Because I gotta tell ya - seeing someone with the flag of Alabama or Georgia or wherever would remind me that they were from the South, but seeing the Stars & Bars implies that you think you’re from The Confederacy. Which you aren’t.

…and the almost total absence of any northern triumphalism about it.

Well to be fair, there was Reconstruction. But I totally agree, and I want that sticker.

Mostly that people in the Antebellum South were starting to question the biblical justification of slavery, and if left to their own devices would have likely ended in on their own.

That’s an interesting take that doesn’t explain why they were trying to secede. I know, I know, “state rights” which sound good in abstract; but the only actual rights I have ever heard seriously brought up are ones like exporting slaves to new states.

So apparently when you study under a southern civil war historian, you get a whitewashed version. But we all understand patriots make better apologists than historians when it comes to their own people, right? I mean, you do get that the only reason you can think fondly on the Confederacy is because you’re ignoring how the other people lived there?

Dayam! That rendering is nightmare fuel. Is that a bullet hole in the general’s leg?

I hate to say it, but they are already doing it outside of Montgomery, Alabama (and I am sure other places). Not a surprise really (that is how the vast majority of the people around here are–waiting for the flames for that one, but it is true). Just sad and disheartening.

http://www.youtube.com/watch?v=eh5gMXofND4 <–read the comments if you are looking for “crazy white people” (shakes head)

Lord the way they cling to the idea of “states’ rights” when it comes to some stuff (that flag, gun ownership, discriminatory practices, slavery, etc.) but not on other stuff (abortion, gay marriage [see DOMA], etc.).

With each generation comes some change. The times don’t seem to be changin’ fast enough sometimes.