I’m not sure I’d want to put any movie selected by David Cronenberg into my VCR.

Think how much you could learn from Brian O’Blivion.

Remember going to a video store in the 1980s with your film nerd friend who was always after you to watch more of those ahtsy european guys? That was fun, wasn’t it?

In other news, a well-curated video rental store still exists!

It’s not even the only one…

There’s one on the west coast as well.

Still got them in the UK too: 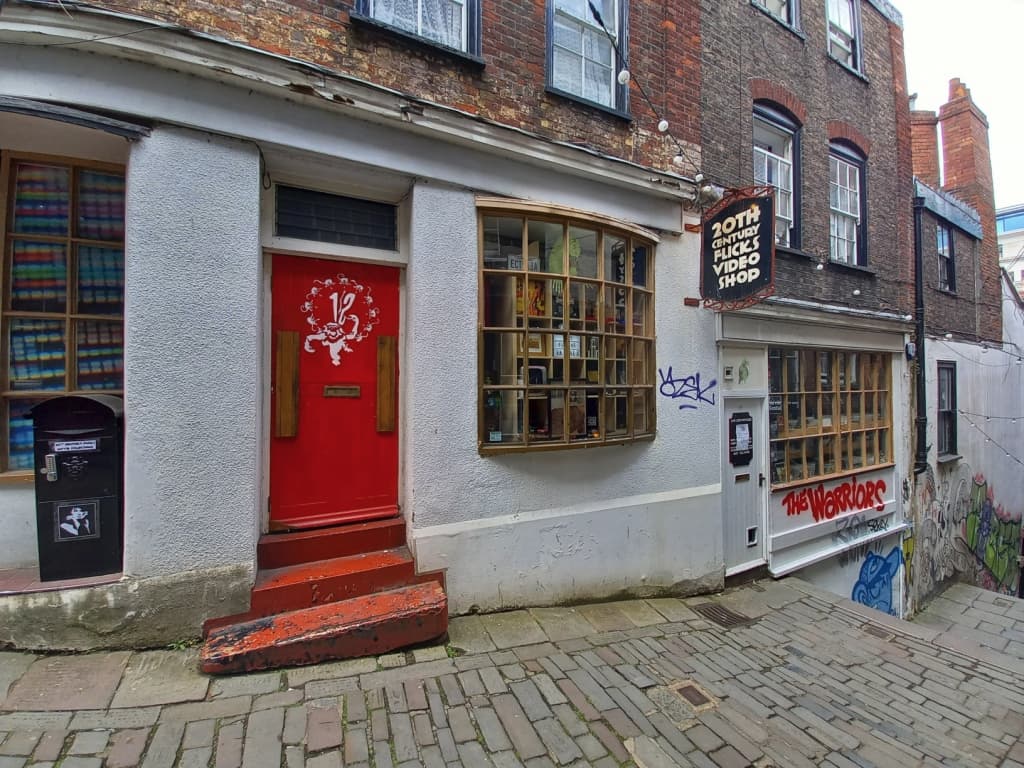 image1024×768 130 KB
(Whoever took this photo must have been stood inside the building opposite, the street is only about 2m wide)

Of course, with bad eyesight that sign could be read as “20th CENTURY FUCKS VIDEO SHOP” and it would still be largely correct. Perhaps it was the owner’s intention, all along.

I was today years old when I realized that one guy in Star Trek: Discovery is played by David Cronenberg. I don’t pay a lot of attention to credits.

Part of it is also just not expecting to see that person in that context. It was similar for me with Werner Herzog in The Mandalorian

For me, it was mostly that I didn’t know what David Cronenberg looked like and that I didn’t pay attention to the credits. Herzog I recognized immediately.

(Whoever took this photo must have been stood inside the building opposite, the street is only about 2m wide)https://www.20thcenturyflicks.co.uk/

Perhaps it was shot by Terry Gilliam? He’s famous for shooting with ultra-wide-angle lenses:

The 14 mm lens has become informally known as “The Gilliam” among filmmakers because of his frequent use of it at least since Brazil.