As @VeronicaConnor noted in an earlier topic:

Fox focuses its frozen food heir on the M&M crisis

This is kinda what happened to Andy Rooney. He started out arguing about big topics, but by the end he was just a weird cranky old man yelling at clouds about the air in potato chip bags and even his core audience knew it. He was a laughing stock toward the end. An inauspicious end to a man who was a real journalist in his day.

CBS seems to be the landing place for genuinely fine writers* who need to make a late-career pivot making an easy buck by appealing to elderly people.

[* Rooney’s print work should be required reading for any aspiring reporter.]

The way you used “perfect” at the end of this post is actually the way Sedaris says it should be used in order to not annoy him. So that joke fell flat, boss.

His sister is funny.

Dig at any word long enough and it too will start to sound odd or even wrong.

I get a similar irritation when I’m traveling in the southeast US and people use ma’am way too much to my ears. Like, in an interaction, I can handle it once or twice, but sometimes it starts to feel like a skit. One time I was checking into a hotel and they used it the end of every sentence. It got to be very grating. I even mentioned that they didn’t have to call me ma’am, and I knew they were talking to me, but if they needed to call me something they could call me (my name).
No luck.
So, I agree that Sedaris is turning into kind of a less funny comedian (IMO), but I can also totally relate to the sentiment!

The days of anything coming out of David Sedaris being called perfect have passed.

David Sedaris is an angry old man whose late career pivot is, apparently, writing books to air the lifetime of grievances that he was too chickenshit to discuss with his actual family, now that his father is dead. His well ran dry years ago, and the glibness with which he mentions his sister’s suicide has kinda turned my opinion of him. It’s one thing to mine your family for laughs, but David should maybe decide whether or not he actually likes them before attempting to write another book.

I was unaware of Tiffany Sedaris. My comment above was referring to Amy.

Sounds like he’s in need of retirement away from any spotlight or keyboard.

Agreed, though. Amy is delightfully funny.

I could see “boss” sticking around - it’s less formal than sir so younger people are more likely to use it, and it’s non-gendered. No embarrassment from mistaking a stranger’s gender with “boss”.

I always got “boss” from guys working at pizza places and bodegas etc in NY. It always kinda bugged me because the word is loaded with unfair power dynamics. Mob boss. Bossy. Boss someone around. Or just conjures up mean or grumpy characters like Mr Spacely or Lou Grant. I don’t want those things forced on me. Best case scenario it feels sarcastic. Like someone making fun of me for having pretensions of superiority.
In those NY situations there always was an actual power dynamic. Someone literally serving someone else… probably someone who makes more money than them. No one told them to use the word I don’t think and they always seem to get a little kick out of it so who am I to judge, but it always felt weird and uncomfortable… and maybe that says something about myself and my own issues…

Thanks, haha, I only jumped in here thinking “Never heard of him, wonder if he’s related to Amy Sedaris”

Perfect. I should probably look up who David Sedaris is. And, I don’t mind at all being called boss or chief. Even if it is meant sarcastically, the response in my head is, Damn straight!.

I like the regional (southern US?) variation “hoss” for this reason. All the good parts (ungendered, jovial sign of respect) without the loaded power dynamic.

Plus you get to feel like the most awesome of the Cartwright boys! 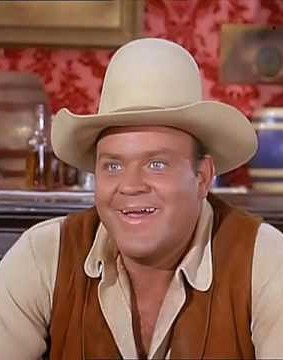 Even if it is meant sarcastically, the response in my head is, Damn straight!.

I would love to see someone say it in response. Now that would be funny!

I don’t know if I have an opinion on ‘boss’, but is ‘sir’ really any better?
I’m not some kind of knight or feudal lord (unless I’m way off it comes straight from French sieur/lord)

This whole shtick about not being called boss is so painfully unintentionally ironic – he is so tone deaf he doesn’t get how patronizing and condescending he is when whining about being called “boss” to someone who is literally serving him, which is exactly something an actual boss does, (going the extra mile to ask to be called “sir”, wowwwww) thus earning himself the sarcastic moniker with stripes.

Among non lame people, calling each other boss (or “mate” etc) is a form of jovial camaraderie, if you are not so self conscious and insecure as to not get offended by it.

maybe that says something about myself and my own issues…