Moments of fun for the whole family!

Seriously, as toys go this seems really lame. Who do you have choosing what to sell here? Some pathetic piece of plastic with a LED strapped to it does not sound like something I would have wanted as a child, and certainly not something I’d ever consider giving as a gift.

I absolutely would have wanted this as a child. I was fascinated by propeller toys. Had the folk art kind — a wooden prop on a stick that you twirl between your hands — and the plastic double helix stick that you slide the propeller off of. I remember getting spring-powered propeller launchers in cereal boxes. I even looked forward to when the maple trees dropped their seeds.

These LED dinguses actually look like a good deal to me.

If these are similar to the ones I’ve seen street vendors sell, I think they’ll be a fun toy. I bought a set for my friend’s kids. That way I get to play with them once and their parents have to deal with them after that!

I think you are just going out of your way to be critical.

This is the type of toy kids will play with for hours until they lose it or break it.

Are water rockets any more fun? I bring those over for nieces and nephews at least once a year and they play with them for hours.

This product fits perfectly with boingboing, a cheap neat fun gadget, the kind of thing Mark posts all the time.

However what’s not cool is the fact that this is a total scam rip off.

You can get 24 of these on Amazon for the same price they are charging here.

Seriously stop ripping off the readers. 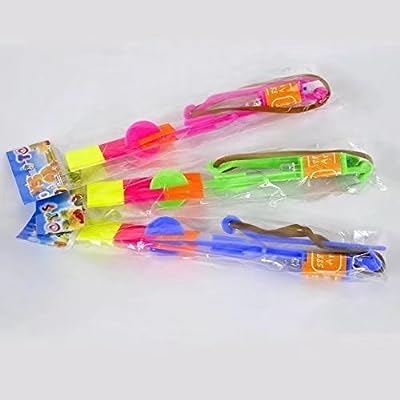 Those are being sold here (Vietnam) at night at tourist hot spots for less than a $ … they break quite easily … 24 for 7.75$ sounds like an OK deal

I have these. These are fun as shit. As an adult, I love taking these out to a grassy area at night and having fun.

The blue light puts out a bit of UV band so the fluorescent colors stand out as it winds back down.

Some pathetic piece of plastic with a LED strapped to it does not sound like something I would have wanted as a child, and certainly not something I’d ever consider giving as a gift.

Seems really grumpy and old from his previous posts.

The only thing he seems to enjoy and not whinge about is the film Howard the Duck.

So launching light up uv glowing toys on the lawn is not fun, but watching Howard the Duck is a good ol’ time.

I don’t know how someone who watched HTD in theaters can retcon so badly their childhood experiences, my toys were all green army men, trucks, and slinkys. LEDs would have blown my little mind.

Also even duller, my version of this toy while growing up was parachuting army men and balsa planes.

Which were still fun as heck thrown from high elevations.

These might be fun in some situations briefly, but I now hate them. Every place I went in Rome in the evening there were five or six people firing them off into the air, almost always trying to sell them to others, then occasionally they’d drop onto random people or fall into fountains.

Probably just me, I was trying to get long exposure night photos of monuments and piazzas and got a lot of shots with LED streaks from hawkers trying to make a buck.

So basically what we are realizing is the Boingboing store is now one step above selling fake rolexs on a carpet.

one step above selling fake rolexs on a carpet

Thanks but I’m holding out for a LED Zeppelin.

…one step above selling fake rolexs on a carpet.

Nothing wrong with fake Rolexes! They tend to have a rather low reliability (friend’s ones seized shortly after arrival, but partial disassembly/reassembly cured them) but aren’t that bad otherwise. I’d go for something more reliable, but if somebody wants to dilute the power of genuine goods as status symbols, more power to them.

Nothing wrong with fake Rolexes!

Since we’re on it, I’ll tell you about my two fake Rolexes.

The first, I bought in a bodega in Milwaukee. I think the proprietor was Pakistani, but I’m not sure. It was a small quartz affair with a band that looked as cheap as it was. When the battery died, I didn’t bother replacing it.

The second was much nicer. I bought it in Ensenada, Mexico on my honeymoon and it had an automatic movement. A jeweler friend told me its weaknesses were that its gold didn’t look real, it didn’t have a serial on the back, and it had a skeleton back, but otherwise it was a pretty good replica. (The second hand swept and everything.)

Unfortunately, the pendulum fell off the automatic movement in the back, and my attempt to repair it…did not go well.

But they were fun to wear, and I never gave a darn about their authenticity.

I’ve only ever owned one fake Rolex, it was a gift from my idiot cousin who is always getting conned and the second hand fell off in under a week.

Yeah, kids should stick to playing with baseballs or footballs. Oh, wait–pathetic pieces of leather strapped together with stitching? No child would ever want that.

I mean, what’s with the LED? 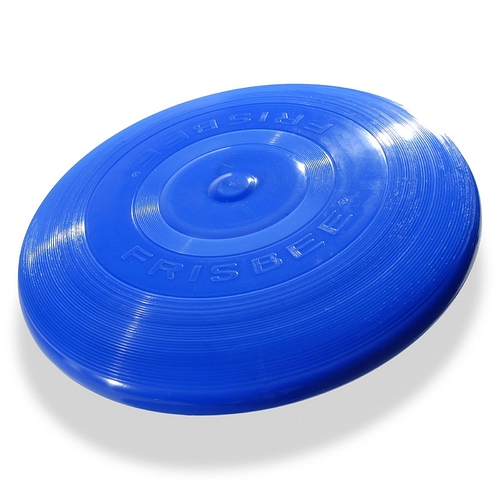