“Defund the police” sounds great for marginalized communities who are victimized by police because it frames police as the problem and suggests removing them will remove the problem.

That may be true for those communities, but other communities don’t share that experience. They view police as protectors because for them, they are protectors.

And we should just fully accept that rich white communities will never give a shit about violence inflicted on anyone else and not try to change that? Instead we should admit defeat and change to whatever doesn’t ruffle their self-centered desires rather than calling it out and meeting it head on?

My ass deserves better than a trump flag!

So does your sewer system.

Because the clear blunt statement that causes ears to perk up has actually moved the needle in a way that the past 30 years of focus tested mild statements haven’t and historically that pattern holds.

I feel that it kinda tricks the brain into thinking in terms of a cost benefit analysis, even if the person disagrees with the idea in a literal sense. And the context ensures that the cost borne by minorities, and the damage that does to society at large, gets tallied along with the monetary cost.

I’m not saying do nothing, I’m saying don’t let righteous indignation deceive you into thinking that the injustice is so obvious that everyone exposed to your anger will instantly take your side.

I don’t think anyone thinks that. They are sharing their view even though they know other people won’t agree.

But I don’t see it as saying those people’s experienced don’t matter, they matter greatly. But rather I see it as a choice of “fixing a little now” vs “fixing nothing”, because if “fixing everything” was truly an option then someone generaly would have already fixed it by now.

I don’t think Obama would be on board with setting sights low at the outset. E.g. Obama set sights on a public healthcare system that would be available to everyone who wanted it then bargained down to Obamacare to get the votes of some asshole Democrats. You aren’t going to get a big crowd in the streets for a 50 cent raise to the minimum wage and if you did they’d only give you a dime. In the end I hope that leaders can actually synthesize conflicting points of view into something that captures the essence of what people want. But that can’t be done if people bargain themselves down to a media-friendly message before they feel comfortable expressing themselves for fear that someone will disagree with them, and thereby never even say what they want in the first place.

The BLM protests during the summer were extremely popular, they even caused the NFL to flip its stance. It’s only when “defund the police” started taking over the narrative and Trump was able to trigger some riots that their popularity started to diminish.

Writing from the Portland area: You’ve got it backwards. We’ve been getting Proud Boy Hate Tourists for years. Every time they come to town to start shit, the police say their hands are tied; they can’t do anything; the 1A protects them. When the protests started for BLM? Those same police deployed tear gas, took head shots with not-so-rubber bullets at press, and beat moms with batons for sitting in the street.

The result: Portland is decreasing it’s police funding by, in aggregate, about 20%, to start. They are implementing more direct control from the city council, and more community policing. They are making change and literally defunding the police.

Regarding the Civil Rights Movement: My parents lived through this:

The 1967 Detroit Riot, also known as the 12th Street Riot, was the bloodiest incident in the "Long, hot summer of 1967". Composed mainly of confrontations between black residents and the Detroit Police Department, it began in the early morning hours of Sunday July 23, 1967, in Detroit, Michigan. The precipitating event was a police raid of an unlicensed, after-hours bar then known as a blind pig, on the city's Near West Side. It exploded into one of the deadliest and most destructive riots in A...

They took water and food to local (mostly white) churches to feed (mostly Black) people who were displaced by the violence. And let’s be clear - there was violence aplenty - against the community, against the cops, even within the community. It was ugly, and it had repercussions that are felt to this day.

I’d agree with that, but there’s a difference between a community expressing that they’re angry with the police and a community declaring “defund the police”.

What does ‘defund the police’ mean and does it have merit?

"Defund" does not mean "abolish."

Defund the Police is not a GOP talking point. It is a BLM talking point. It does not mean the abolition of law enforcement. It means redirecting public funds dedicated to (bloated) police budgets, mostly local, towards other areas. It means reducing police headcount, and taking a serious look at changing hiring approaches. Some advocate starting over with new officers and different training. But the primary action is this: 95% of police calls are not for violent emergencies, but police are mostly trained for a violent response to a violent emergency. Take the other 95% of the budget and put it where it needs to be: mental healthcare, criminal investigations (by people with problem solving skills that don’t involve bashing heads), community relations, traffic enforcement, animal control, etc.

Police reform has been attempted for 40-50 years. It has failed. It’s time to move on to something better.

Regarding the Civil Rights Movement

This series of events in Wilmington, Delaware is what my cousins from there still talk about to this day:

The National Guard occupied Wilmington for 9 months in 1968. The city was...

“Since 1968, the businesses, the small shops, the retail, the ecosystem has just totally deteriorated,” said David Teague, a professor at the University of Delaware’s Associate in Arts Program. In West Center City, he said “there is not a single...

Ah. You assume this is a good faith discussion. Well there’s your problem.

Defund the Police is not a GOP talking point

But maybe it should be. The GOP is for small government, right? Because that’s what every Republican tells me: “I’m not one of those wacko racist nut jobs, I’m an old fashioned small government Republican.”* Why not prove it then? Smaller government means smaller government. Less waste. Trim all the unnecessary fat until you have a lean, well organized police force equipped for community policing, no more no less.

*every republican I talk to tells me this, even though 93% of all Republicans voted for Trump this ejection, and even the never-Trumper republican congresspeople vote with Trump like 80% of the time.

Will someone think of the poor Neo Nazis?!??!

The GOP is for small government, right? Because that’s what every Republican tells me: “I’m not one of those wacko racist nut jobs, I’m an old fashioned small government Republican.”* Why not prove it then? Smaller government means smaller government. Less waste. Trim all the unnecessary fat until you have a lean, well organized police force equipped for community policing, no more no less.

Not really. Small government is what they say to get elected, but it’s just another scam. They’ll push privatization, setting up a firm owned by a donor or friend to take over some government function (transportation projects, prisons, schools, processing tax forms, etc.). The firm will screw up after charging a lot more than they estimated up front, but while it is in operation, the GOP can point to it and say, “See, the government is smaller now, and those functions are in more capable hands.”

After they’ve squeezed every last bit of profit out of these private projects, the owners of the firms throw up their hands and say they can’t continue - so the government has to take those projects back. At this point, public funds must be used to take over operations, with additional money to fix what should never have been broken. More spending goes to the projects so fucked up that there’s obvious corruption, criminal charges and investigations involved.

Bonus points go to the GOP if they can manage to pass on these colossal failures to newly elected Democrats. Taxes must be increased to fix all the problems the GOP caused, but this strategy allows them to continue using the phrase “tax and spend liberals.” So, when it comes to police reform, I’ll expect the folks behind those shady military contractor firms to start offering solutions any day now (if they haven’t already). Imagine every city in the country offered special forces staffed by better trained, more qualified, and competent officers - provided by Blackwater.

Small government is what they say to get elected

Not even. It’s what they say they believe in when someone asks if they are a white supremacist, because they don’t want to say yes to that.

Well, yeah. That and “the Party of Lincoln.” 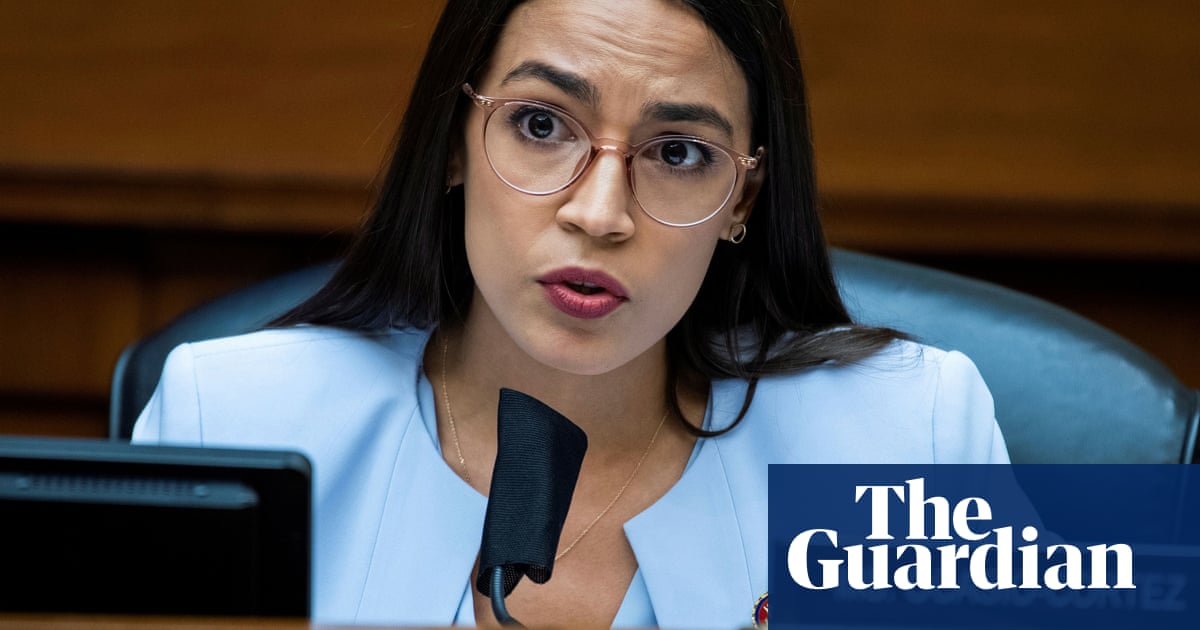 However, it is AOCs job to say these things and technically she didn’t break the truce, it was the usual establishment democrats who reliably blame the left for whatever goes wrong.

* Except in Georgia. Get those Democratic senators elected.

The Earth doesn’t have the time to waste and there will be a lot of post-Trump teardown going on before then.

Well, here’s another entry under the anger category. I knew a percentage of the funds usually allocated to the police would be needed to investigate former officers and departments, but the scope of this is staggering. This is what happens when there is little to no external oversight:

The Louisville Metro Police Department is accused of concealing at least 738,000 records documenting the sexual abuse of minors who participated in the Explorer Scouts Program—the department’s mentoring program for youth considering professions in...

I have no words.

According to wikipedia there are only about 1500 employees of the Louisville Metro Police. That’s 478 records each.