I will never understand how that word is considered semi acceptable in casual use in the UK (and UK-adjacent countries) while it is (correctly) very taboo here in the USA.

Years ago I was surprised how Brits would flinch at “bloody”, which to me as a Canadian was pretty innocuous. It doesn’t seem to have the same shock value with the younger, and presumably more foul-mouthed, generation.

You’re supposed to tone it down around kids by replacing it with “blue”. Which of course in the US is a euphemism for “pornographic”.

Periods aren’t as taboo now? Also “cunt” is just the proper English word for it. It’s not as dodgy as “vagina”.

Super quick turnaround on the moderation there!

I will never understand how that word is considered semi acceptable in casual use in the UK (and UK-adjacent countries) while it is (correctly) very taboo here in the USA.

Really, its use is probably exaggerated in the telling. It’s generally considered to be among the most intense swear words in use in the UK, and would only be used casually among a minority of people, and is still a huge insult if it is used as such.

If anyone’s interested, here’s a report about what words are considered more offensive to the UK population:

IMNSHO it’s high time that feminization-as-an-insult (You hit like a girl!) and words like the above that use derogatory language referring to female anatomy as insults have long worn-out their welcome, and we treat them as such here. Even though this means I do end up routinely explaining that moderation decision to folks were these words are part of the public discourse still. That they are still in use doesn’t make it right.

And that comes from someone who, having grown up on a midway in the summers, had every “girly” insult you can imagine to unlearn!

Agreed, and I don’t want to get into an argument or indulge in whataboutism, but I assume dick, prick and schmuck are still acceptable.

but I assume dick, prick and schmuck are still acceptable.

They typically refer to toxic masculinity, so IMO they should be acceptable. It’s also typically punching up, not down.

My personal standard is thus:

1 - Does the affected class in question use it as an insult? (presumably, girls don’t admonish girls for hitting “like a girl”, whereas guys use the term “dick” as well)
2 - Is there a bigoted connotation to the term (i.e, the recent spook article)?

I’m open to other standards, but those two seem pretty straightforward to me.

I didn’t know “schmuck” was anatomical or gendered. I thought it was just Yiddish for a person down on their luck, maybe a fool or gullible person.

Oh, the joy to discover a new euphemism for “penis!”

Both “schmuck” and “putz” are great examples.

I didn’t know “schmuck” was anatomical or gendered.

“Putz” means the same thing. Both are vulgar, but like swear words in most other languages, they don’t have the impact on me that they would if I was from that background.

It’s a cognate for the modern German word Schmuck, which means “jewellery” or “decorative element”. Schmuckstück is also an outmoded slang, much like “family jewels” in English.

When I came to Germany, sexual terms were not really used in a derogatory way as much as the arse was. Arschgesicht and Arsch mit Ohren are my favourite. Tussi is exclusively female, but comes from the old name Tusnelda and more like “bimbo”.

EDIT/POSTSCRIPT: What I neglected to mention is that vulgar terms for the vulva have increased in use, mostly coming from the Berlin Aggro scene which tries to imitate gangsta rap misogyny. Or, anecdotally, I have heard F•••e (the German equivalent of c••t) from women trying to be as hurtful as possible when insulting another woman more than from men.

That I would, quite literally, never have guessed.

At least “asshole” is genderless.

Oh, the joy to discover a new euphemism for “penis!” 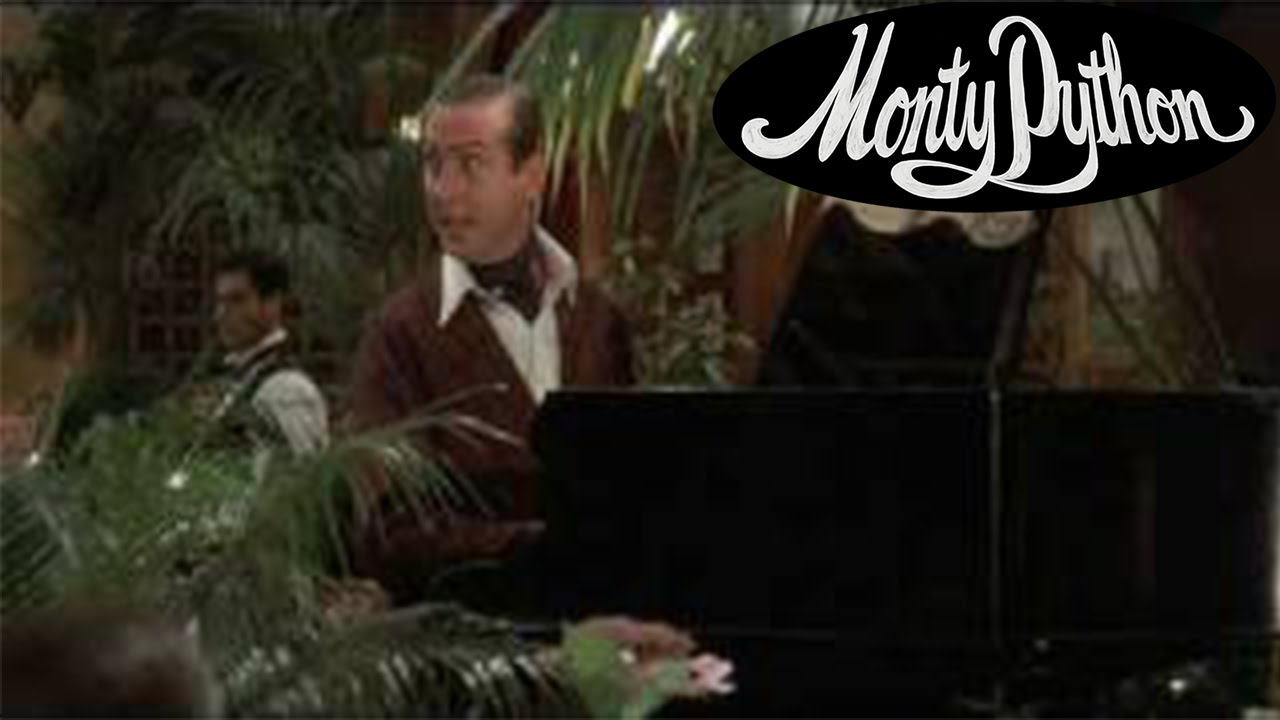 Or if you prefer:

Songbook: Isn't It Awfully Nice to Have A Fanny? - Wikiwood

At least “asshole” is genderless

It’s a fitting insult for politicians who spew out verbal diarrhea.

My partner and I have settled on both of the four letter C words in the bedroom context, but in any other context, yeah not so fucking much.

I feel that so much of the problem is that we lack decent non-problematic terms. Largely because every term we come up with we then get all squicky about because we’re so immature and/or repressed about our sexuality.

And even though she directed a run of The Vagina Monologues back in the day, she’s even less enthusiastic about using either of the V-words in bed than I am. We also both feel that the P-word brings along certain, ahem, youthful connotations that can feel a bit weird, even if it does get used occasionally.

I dunno, maybe we should take up the British tradition and move over to the F-word instead.