Mark Mothersbaugh and his 1958 Mercedes-Benz 190SL for Them & Theirs at his music recording factory, Mutato Muzika, in West Hollywood, California. 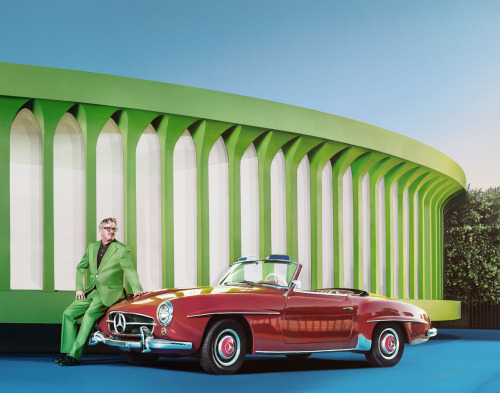 So how did they start doing video game and animation music and get that round green building on the Sunset Strip?

I believe that Buckminster Fuller had a similar experience getting glasses after being legally blind.

Weirdos hiring weirdos. I believe Pee-Wee’s Playhouse was Mark’s first commercial gig, and Jerry was already experienced in making short films (music videos) so I think that enabled him to transition into some advertising work. The round building was a Great Western Bank, I think.