it was fine for a day, but have you ever seen water get into a trackpad? oh, and ever seen a display look like tie dye?

Did you say a mandoline is a kitchen gadget???
Are you ever making coleslaw, carot salad, sauerkraut, sauer-whatever, very fine sliced union (although a good kitchen knife will do the job also), etc?

Or are you the type who also thinks about knives as kitchen gadgets?

Don’t I think that $80 is a lot of money too and stick with ‘everybody out of the kitchen’ en watching my fingers?

Am I welcoming Tuesday? But am I thankful for the heads up?

Did you say a mandoline is a kitchen gadget???

But don’t I make do with a couple of knives and a hand-held grater, in a tiny kitchen space too small to hold much else, with a budget to match?

And didn’t a family member once say to me: “When I stay with you, I just pretend that I’m camping!”?

You get a wet lap?

(Well, I know the answer to that, and it has to do with not being greedy at a startup)

I guess that would do for general use, but don’t you want to do things like the the odd game of TF2 or Borderlands when not working?

man, with my other hobbies, can i even tf2?

You turn it on to see if it still works?

hehe, oh, how do you want to define ‘works’? shouldn’t i take a video and show you the shenanigans its up to?

Am I the only one who used to think you were smart?

Do you know the state wherein you only want to play, feel save, not reading the news, not hearing the news, working on a nice project, sometimes a little bit distraction, but no news, nothing about bad things really happening?

(Edit, half hour later. Do you understand I also can’t handle the Bowie topics?)

So… who else just spent $2 for an hour’s worth* of daydreaming? 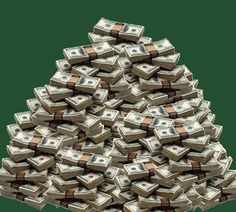 *(it’s a thirty-minute walk to the store)

I got one on Sunday while running errands… so yeah an infinitesimal chance is better than none right?

Will you be happy for me when I win the big jackpot?

And did you say ONE BILLION DOLLARS in the voice of Dr. Evil in your head while purchasing it?

Didn’t I get a good chuckle at the people on one of the machines putting loads and loads of money in, figuring they had as much a chance of winning as you or me?