It’s good to be reminded that nobody is irreplaceable (Steve Buscemi, maybe).

Hockenberry wrote in a memoir about hiding under his ex-lover’s bed (with his wheelchair if I recall correctly!) while she made love to some one else. Always liked him as a reporter but that story always smelled wrong, wrong, wrong to me and the allegations against him saddened but didn’t surprise me.

I swear to jebus I wrote and deleted a joke about how I couldn’t wait to read the piece from Jian Ghomeshi in the next issue of Mother Jones about how these witch hunts were decimating the world of B-squad public radio.

And then five minutes ago I saw this:

When reality is too shitty to parody, maybe we should all have a lemonade and take the afternoon off.

Also, “life sentence”? A large chunk of his life is past; at best this is a revolting bookend to a career peppered with abuse. If he can’t learn from his actions, maybe other people can.

“I got away with it for soooo long! Please just let me ride out the few years I have left without consequences, won’t you?”

This will come across as callous, but you always have the option of dying sooner if you aren’t willing to do anything to atone to the people you’ve wronged with your transgressions, John. Nobody is making you take a job as a WalMart greeter. You unrepentant twit.

These essays are apparently now in style. The serial choke & sex radio guy in Canada just wrote a similar essay in the New York Review of Books (I am the victim, and also I’ve faced racism, so there). Of course there is no apology. I’m not going to link to his essay, but here is the news report:

“There are lots of guys more hated than me now. But I was the guy everyone hated first,” he writes in “Reflections from a Hashtag,” which was posted Friday, adding that a female friend quipped to him he “should get some kind of public recognition as...

These fucking fuckers. I fundamentally don’t understand how men, who have totally destroyed the careers and sometimes lives of so many women with harassment/assault/rape still manage to not just talk about, but steer the whole cultural conversation towards, how their lives have been negatively impacted, briefly, by everyone knowing about (some of) what they did. To some degree the fact that the abuser, once outed, is more willing to talk about it than the abused - still traumatized and/or worried about further damage to their careers - drives the narrative. But it’s true even in rape cases where the survivor got to make a statement and the judge is concerned about the impact on the perpetrator being a fraction of what the victim already suffered.
The obvious obscene absurdities of patriarchy/rape culture are laid bare and so many people act like it’s fine. Those… fucking fuckers.

They are not mutually exclusive; though I don’t think I’ve ever seen them in a room together, so, maybe they are?

I found the piece much, much less cringeworthy than I expected (others might cringe from start to finish, I don’t know). The guy still has work to do, but he seems to recognize this and to have taken real steps to becoming… something other than the abusive creep he was.

Granted, we can’t take it all at face value but it does seem as though he’s moved beyond self-pity to something more productive, does recognize the general error of his ways while still denying some specifics (I had a hard cringe at the idea that not-guilty equals innocent), and doesn’t treat his exile from celebrityhood as a purgatory where he can just chill out until the whole thing blows over and then come back the same as before. (Hi, Louis CK!)

I for one can do without Jian Ghomeshi as a public figure (he should have served time for Moxy Fruvous as far as I’m concerned, and I found his radio persona grating), but it’s not a bad thing for a man like that to do some heavy introspection and change his ways.

i’ve been a subscriber for 18 years and it was one of the few things which helped me get through the g w bush presidency. the invective and sheer prophecy they had from 2001-2008 has kept me reading it since then even when they falter. i’ll be writing a very erudite and furious letter to them whenever that issue hits my mailbox.

That was actually what I thought the BB article was referencing when I saw the headline before the article itself. 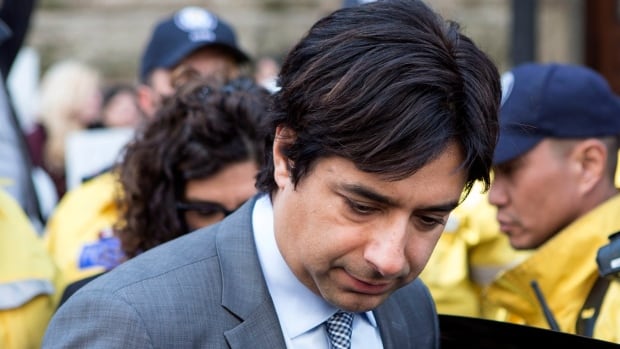 Disgraced former CBC Radio host Jian Ghomeshi pens a personal essay in The New York Review of Books draws swift backlash, with many social media users questioning why he was given such a prestigious platform to detail his life post-trial.

Suggestion for what to call the genre of defensive essays by disgraced sexual harassers (like Hockenberry & Ghomeshi): #metooboohoo

“taking the wrong cues from the sexual revolution of the Sixties” 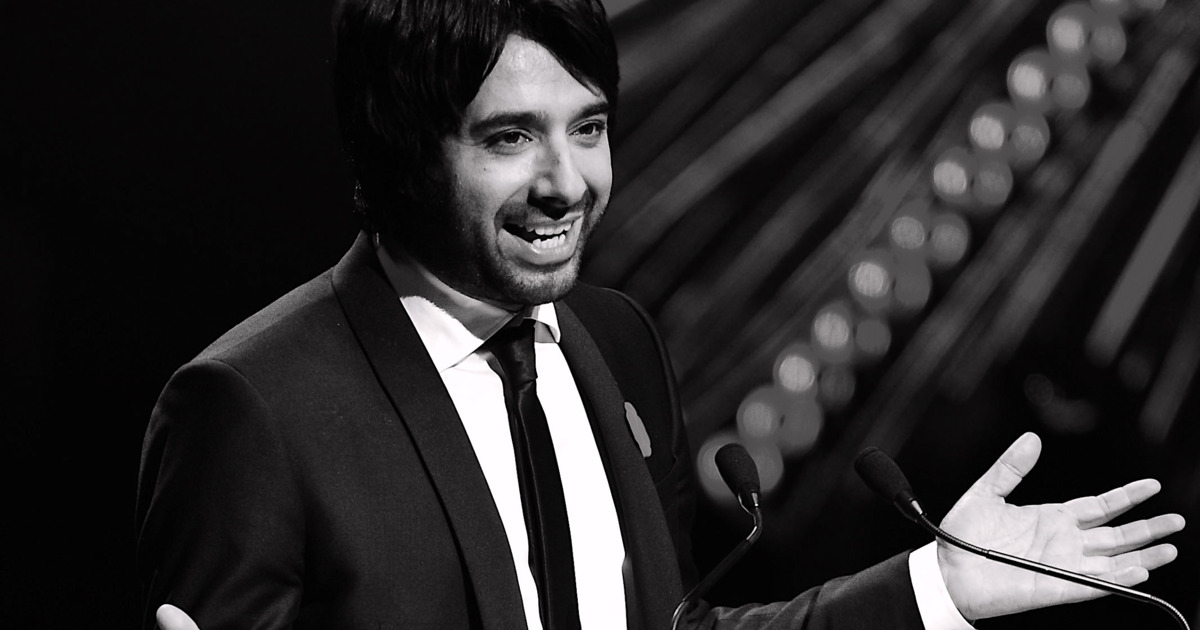 What I Know About Jian Ghomeshi

It’s exactly what his new essay is trying to make us forget.

i got tired of waiting for the print edition so i read the essay online. it’s as cringeworthy as you might expect. his conclusion is virtually emetic–

“I think it is not mere nostalgia to want a return to romance. My longing amid all the regret of the past year is not simply the misguided morality of a lost, humbled Unitarian journalist trying to get the world to say “never mind.” Whatever my troubles, I think it is an exciting moment at a time when so much has changed in our understanding of gender. I feel blessed to be a father at a time when my daughters have the means, like never before, to be safe and empowered as they grow sexually. I feel proud to believe that my sons will be among the most sensitive and sensual males to have ever walked the earth. To that I can add that above all I believe this crackpot-sounding imperative to reinvent romance is a mission I hope to be a part of. I can’t leave it to the folks in HR and the algorithm designers of internet dating sites (even though my oldest daughter is dating a coder for Tinder right now . . . sigh). In the din of anger and rejection of me and my ideas that I expect will come, even the whisper of agreement that a new modern concept of romance might be worth pursuing could turn out to be more important than anything I accomplished in my career in journalism. Creating a new universal scaffold of love and romance is not far-fetched for a twenty-first century that needs to be suddenly intentional about all sorts of dynamics formerly on autopilot. Just add it to the to-do list along with climate change, income inequality, and racial justice. Time to get to work.”

really, he just wants to reclaim romance. along the way he manages to bring in nabakov’s “lolita” as well as “reading lolita in tehran”, oh and he also unironically quotes andrea dworkin. batting for the cycle . . .

edited to add a space between the “i” and the “think” in the opening sentence of my hockenberry quote.

Thanks for diving into the wreck to deliver this report. shudders

Upvotes galore is what you deserve!

To that I can add that above all I believe this crackpot-sounding imperative to reinvent romance is a mission I hope to be a part of. I can’t leave it to the folks in HR and the algorithm designers of internet dating sites

Oh, in the name of all that is good in the world, no! It’s bad enough that the HR people and coders are involved, but a disgraced egomaniac who thinks his abusive behaviour emerged out of a sense of “romance” trying to teach those darned Millenials a thing or two will make things so much worse.

Just add it to the to-do list along with climate change, income inequality, and racial justice. Time to get to work.”

No, Hockenberry, time to retire. If you want to set an example, that would be a good one for your fellow white Boomer egoists (you know, the ones who started going conservative in the 1980s and set the stage for climate change, income inequality and slow progress on racial justice).

honestly i’m fed up with “harpers” over this. the oh-so contrarian essay about #metoo by katie roiphe gravely dissappointed me and the letters to the editor in that article’s aftermath were pretty scathing. this is even worse because it can’t even be camouflaged as “contrarian.” instead, it’s a straight up justification piece by a serial abuser of women.

now that i’ve read it i’m already composing a letter to the editor and whether they print it or not i know there will be hundreds of others similar to mine that they receive. whether i remain a subscriber will entirely depend on how they respond to that deluge.

The only way I could feel even a modicum of sympathy for them would be to think that they’re just trying to get some attention, and thereby slow the downward slide toward going belly up like so many other publications have. There’s very little money to be had these days in displaying one’s integrity.

yeah, too true. and as i mentioned above, they were devastating in their critique of g. w. bush and they’ve been pretty harsh with 45 as well.