Dismembered man put to use

In Australia (and so I assume the UK) Stanley is a brand that makes utility knives or ‘box cutters’, and ‘Stanley knife’ is pretty much a generic term for all such knives. This is the classic form: 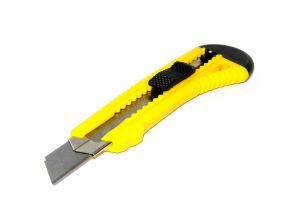 Its not as strong or useful as a Stanley knife.

That is indeed a utility knife, and it can be used to cut boxes. If you go to a hardware store and ask for a utility knife that right there is what you’ll get.

Today, it is not yet a box cutter. But soon, it will be. Because language reflects its users, and our species is becoming less and less capable of using or even identifying simple tools.

I have taught teenagers how to use screwdrivers and box-end wrenches, so I know whereof I speak!

There are several kinds of box cutters & box hooks - here’s the most common type: 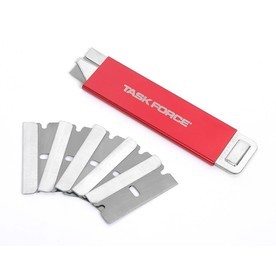 What distinguishes a box-cutter from a utility knife is utility. Box cutters are really only useful for cutting open cardboard boxes, while utility knives have googols of uses.

It almost seems unjust that the BB style manual insists that the dismembered victim is merely a “man,” while the gentleman who cut him to pieces is a “gentleman.” But that is, indeed, the way our world works.

This gentleman here would like to know what brand of plastic storage boxes was used. “Pink liquid” leakage is not to be tolerated in this gentleman’s home.

Ring spanners in British. Ask for a box-end wrench and you’ll get a blank look or possibly one of these

Thanks! We call those dog-bone wrenches, and they mostly suck. Usually made of pot-metal.

Today, it is not yet a box cutter. But soon, it will be. Because language reflects its users, and our species is becoming less and less capable of using or even identifying simple tools.
{emphasis added}

I take it you are a highly skilled flintknapper?

I’m really kind of glad that I don’t have to know how to use a fire drill, but I’m absolutely confident that if I did, that I would be perfectly capable of learning the skill, and that I could pass along that skill to teenagers who wanted to stay warm.

No, I’m a barely competent flint-knapper, but I know the difference between hard and soft hammer techniques

. I’m reasonably good with a fire drill - the trick is being able to identify the right wood for it. Try it some time, it’s fun (but don’t count on being able to teach it to a teenager).

Edit: Incidentally, I don’t mean to imply that kids today aren’t capable of learning these things, I’m stating as fact that they aren’t doing it, for the most part, and instead they are learning more complex tools like computers and cell phones. When I was helping high school seniors learn to build robots, I found some of them did not have the correct muscle development to use simple hand tools because they never had done anything of the sort before. It took them weeks to learn to keep a phillips head screwdriver in the end of a screw, and some of them never did master standard screws.

Ahhhh. Thanks! Never heard of a box-end wrench before in my life!

I came here expecting to learn the father wasn’t actually dismembered, and the son was a daughter.

while utility knives have googols of uses.

Indeed. All the way up to dismembering annoying parental units, it seems.

It could be worse. It could be like the time Jasper Carrott went into an American shop and asked for a rubber. When the clerk asked, “Just one?” he replied, “I don’t make that many mistakes!”

Too often the stone cold killer capable of such viciousness looks calm and collected when confronted. 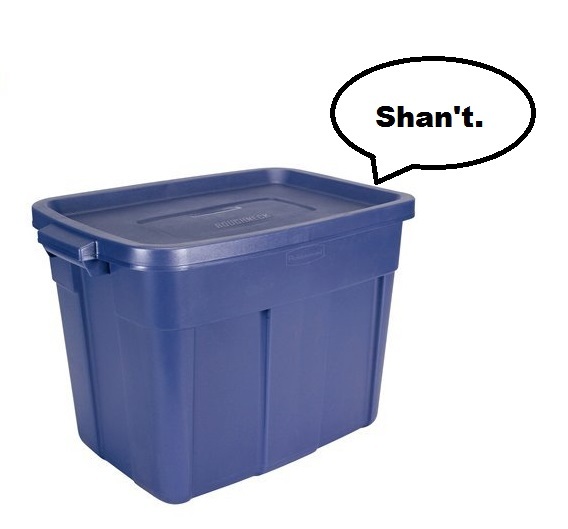 [quote=“Donald_Petersen, post:18, topic:46421, full:true”]
It almost seems unjust that the BB style manual insists that the dismembered victim is merely a “man,” while the gentleman who cut him to pieces is a “gentleman.” But that is, indeed, the way our world works.[/quote]

Well, I assume he is a foreigner, therefore a soldier, therefore an aristocrat, therefore a pimp. Which implies that the murder may affect the succession to his father’s title and may possibly shed light on this:

The same people that who were ignored when they tried to warn the public about Gary Glitter and and Jerry Savile said those guys were just the tip of the iceberg. 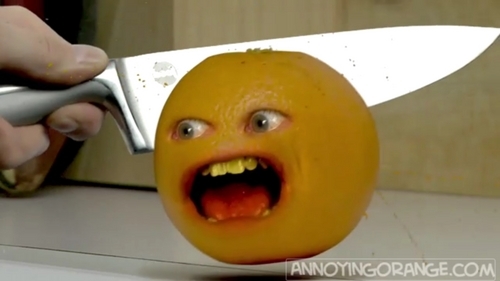