Get a one-pound bag of borax on Amazon for $8.50 (which you can also use to make slime).

Close to a lifetime supply…

For the ants at least…

How does this work? Do the ants that drink it all die there? Do they carry it back to the nest? Do they give your house bad Yelp reviews because you over-boraxed your sugar?

Also, what if you accidentally eat it yourself? Asking for a friend.

They take it back to the nest and share it with other ants and the queen Their little ant bodies are unable to digest the borax and they die.

I skip the water and cotton ball and just put down some mixed borax and icing sugar. Sometimes it takes 24 to 36 hours but it’s always worked.

I also can attest to this being the best method I’ve ever used to get rid of ants. I started using Terro (which is also borax-based). Since the kids got into the slime craze we’ve had borax around house.

I am slightly tempted to hurl borax about liberally in the hopes of dispelling the carpet beetle larvae (see here for instance), but apparently it’s not something you’re supposed to leave in a carpet over the long term.

which you can also use to make slime

An experiment in crosslinked polymers, for the uninitiated: 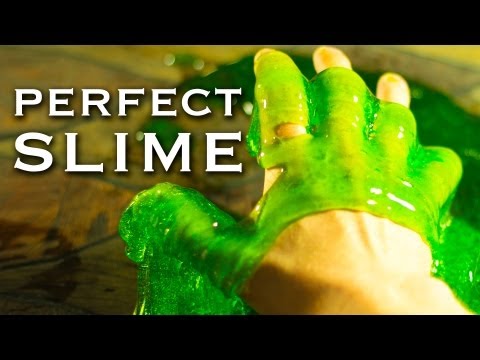 Probably better to find how they are entering the house and put the bait there rather than in your kitchen. If you can’t find the entry just spread it around the foundation.

I bought a bottle of this about a decade ago. There is still about 80% of it left.

A few drops on some aluminum foil along the ant runways does the trick. If you don’t already have the ingredients at home, it’s hardly worth homebrewing the stuff.

Sometimes we have ants who don’t respond to sugar (grease ants), in which case peanut butter works.

I used to get ants in from the bedroom window. I usually put poison between the glass and the storm window. I forgot and put it on the sill.

So I had like 30 ants around this big puddle and I just had to leave them because if you kill them it doesn’t stop the nect ones form coming.

BTW, if you try this and it doesn’t work it means you are dealing with a different variety of ant, not that you are doing anything incorrectly. Some varieties just don’t eat it.

It’s helpful with those pesky Leviathans too.

I actually don’t have good long-term luck with borax/terro.

My problem stems from a few features of Argentine ants:

So if you defeat one colony, they’ll be back later when another colony takes over their burrows.

The only effective thing I’ve found is whatever the pest dude sprays around my foundation to make them avoid/ignore it.

I’ve had good luck with diatomaceous earth repelling ants. Ants avoid crossing it and it’s effective against other pests. You can sprinkle it around the outside of your house or inside. Lasts for years if undisturbed.

I recommended it to a friend with an ant problem. Worked so well for her that she used it to fight a bedbug infestation later. Blasted some into every woodwork and molding crevice. Put it in plates under bedposts. I can’t say if it actually helped, but she believes it did.

What a great idea.