YES! Thank you! They are fucking giant bugs that live in the ocean! And you people EAT THEM!!!

I got your Ball’s Pyramid right here, baby.

Whatever it is, if it’s tasty and drowned in butter, I will eat it.

Unless I missed something, the lobster populations are booming, and lobster fishing isn’t particularly harmful a practice to other species.

My view is that - intentionally or not, you’re erecting a bit of a straw man with your statement. @rocketace addressed convenience in their post, and not current lobster populations or harming other species.

I imagine that plucking lobsters from trees would be much more convenient than everything involved in commercial lobster fishing.

how much more convenient if we could grow these bigger instead of fishing lobsters out of the sea.

Some tree-dwelling crustaceans do give me pause however. 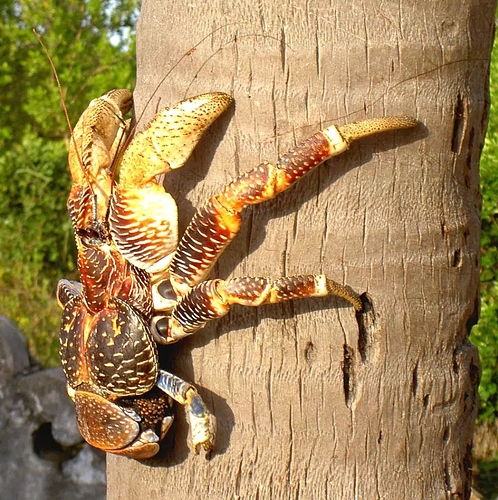 So it’s not a real island, it’s just a cutout. 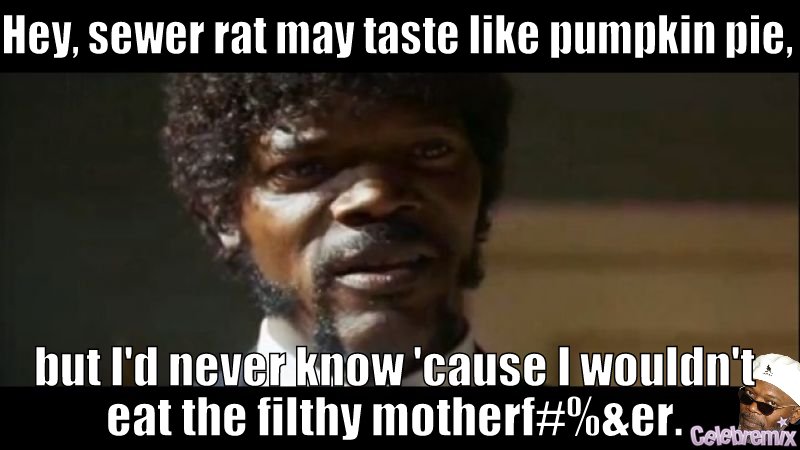 You know some science denier is going to use this as a reason to appeal the endangered species act.

Well if they feel I misrepresented their intent, they are free to say so and correct my understanding. Respectfully, you are not them.

“Alas, they have come back from the dead.”

I feel you. I was pretty bummed to see them again, too.

I’ve long said that if shrimp, lobsters & such were land animals… we would NOT eat them. 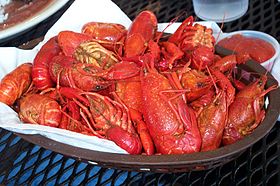 Crayfish are eaten all over the world. Like other edible crustaceans, only a small portion of the body of a crayfish is edible. In most prepared dishes, such as soups, bisques and étouffées, only the tail portion is served. At crawfish boils or other meals where the entire body of the crayfish is presented, other portions, such as the claw meat, may be eaten. Claws of larger boiled specimens are often pulled apart to access the meat inside. Another favorite is to suck the head of the crayfish, a...

Yes, and they are delicious!

Um yeah. Crayfish periodically scuttle across land, especially in the rain or otherwise very, very ■■■■■ out. So they are sort of land animals.

Spotted on the bike path after a rain, where to both sides of the path there was swamp. 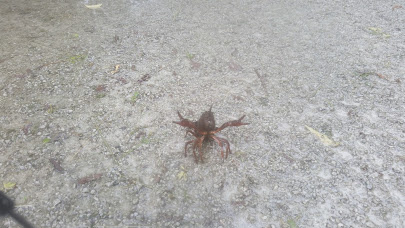 Ball’s Pyramid is the last remaining vestige of the former continent Zealandia, which is now submerged. I think Tree Lobsters were all over that place.

So they are sort of land animals.

Well if they feel I misrepresented their intent, they are free to say so and correct my understanding. Respectfully, you are not them

Oh, is that how this bulletin board works? I must not know my place.

I hope that @rocketace does respond, but if you don’t want other people pointing out the fallacies in your posts then, respectfully (or not), maybe you should try messaging users directly. When you smugly post your straw men in an open forum you make them fair game for comment.

Right? There can’t not be a supervillain’s lair hidden inside.

Oh, is that how this bulletin board works?

Polite discourse works by letting someone else speak for themselves instead of putting words in their mouth, which they may not have spoken.

The OP was fairly brief, and open to some interpretation. Fallacies suggest that there was a singular interpretation of their the words they wrote (I would invite you to re-read them with that in mind). If I’m out of line, by all means, correct me. Only the OP would know where their head was at.

Here’s possible positions I thought the OP was getting at:

I have no doubt their post related to some sort of blue-sky option where we replace animal proteins with insect proteins.

My critique is that for the target food source, starting with an endangered animal which only shares a name with one of our increasingly cheap and easy sources of protein might not be the best place to start.

In the scheme of things, this is pretty gentle ribbing. Perhaps you could lay out how I’m crazy out of line here? For my sake?

Of course, you can PM me as well, since that seems to be your preferred protocol.