I was lucky enough to see Fela perform live in Austin in 88. Someone got a picture of that night 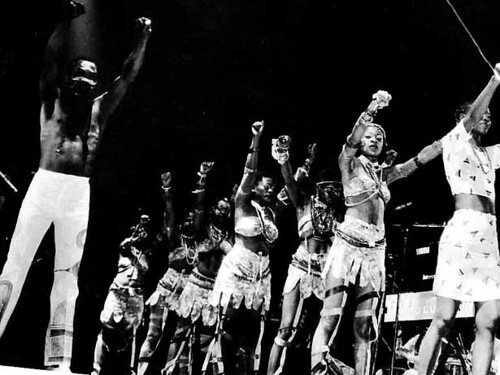 All hail the black President!

Now bring in a documentary about Thomas Sankara, and I’ll be swinging all night long.
Oh, and while we’re at it, don’t forget Miriam Makeba.

Pity West African music was heavily dominated by boring cheap Ivorian eletrobeats when I lived there. But FFS, I heard kids playing tunes there which were more interesting than all the dubstep en vouge in Europe at the time… sigh