Dog knows how to deal with police

So, if guns are evil, you cannot be adequately equipped to defend yourself. However, you cannot call the police, because they are a bunch of evil bastards. Should a criminal decide to attack you, what do you do?

Seriously, there are some bad police out there, but the vast majority of them are honest guys who just want to help their community.

Seriously? Is there a backstory OP is privy to beyond what is presented here? Arf da police? To me it appears the officers demonstrated remarkable restraint. Is this where we’re at in the cycle, with police equated to lawyers and stock brokers? From pigs to Pride, Integrity, Guts, back to pigs?

Good on you, Bruno, for destroying taxpayer’s property.

Easy there, guys. Methinks the post is not about a canine teaching the nasty fuzz a good lesson. Rather it is about the elegant, sophisticated, and mind-blowingly realistic use of screen graphic technology to dramatize the epic confrontation.

Remember to take those irony pills every morning, please.

Hear! If all news were presented with this level of Tim & Eric nonsense I might just have to watch some. Muted, probably.

Sounds great in theory, but it’s only “taxpayer’s property” if the taxpayer has any say in how it’s used.

I guess respect for the law includes Poe’s law.

If it was black man, he’d be surely shot. But shooting the poor puppy is regarded animal cruelty and is a big no-no. To clarify it : i hate dogs and cops (especially incapable cops). I am disgusted by the way human beings are handled in today’s world, and how dog life is clearly more valuable than human life…

Unsurprising. Some friends of mine had a mastiff that used to eat trees. He’s jump up and gnaw large branches off, and could completely demolish saplings up to about 5-6" trunk diameter with ease. He was the very definition of ‘bad dog’.

I do not believe that anybody in that video was using guns to defend themselves against attacking criminals. Did I skip over the good part, or is your post just completely irrelevant?

My comment was really in reply to the caption below the video: “Bruno took out several police vehicles. Good boy, Bruno!.” The implication being that all police are evil and deserve to have their tires eaten. This might seem a bit of a stretch, but there has been a LOT of police-bashing on BB. Yes, there are some bad cops, but the vast majority of them truly care about what they do.

there has been a LOT of police-bashing on BB. Yes, there are some bad cops, but the vast majority of them truly care about what they do. 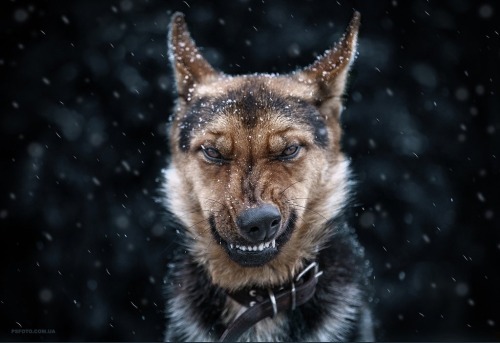 Why would a black man be biting tires?

In any case, this is in New Zealand where the police don’t even carry guns in the first place.

My comment was really in reply to the caption below the video: “Bruno took out several police vehicles. Good boy, Bruno!.”

Who really knows what’s going on in another’s mind from what they write, eh?

No guns: But hey surely have pepper spray, battons or similar things. And furthermore the reinforcemens they called knew what is going on and should come prepared.

Black man biting tires: I am sure you know what i meant. I will not loose time explaining it.