Originally published at: Dog Years is to Human Years as 7 is to 1 = Wrong | Boing Boing

What I want is a study on how edgore years translate to human years. Because I don’t feel 59

For a dog, seven years passes in the time it takes for you to get home from work.

“You were gone forever and you never came back!” Is what the translation of all that barking would be when you walk in the door

So it’s basically a logarithmic or algebraic calculation vs a previous approximation which was wrong. Or maybe dog merchandisers can start printing conversion charts on dog leash housings, dog bowls, and dog t-shirts to appease those who care to make the comparisons.

I think I have not seen a more blatant attempt to win the Ig Nobel Prize.

“You were gone forever and you never came back!”

“You were gone too long, but I knew you would return eventually. My dish is empty, but the litterbox is clean. You know, it’s been a long time since you wore your favorite shoes, perhaps this evening would be nice, ja?”

“Wait, why are you meowing with that strange accent?”

If that’s true, you need to get out more! There are way crazier projects.

This is a list of Ig Nobel Prize winners from 1991 to the present day. A parody of the Nobel Prizes, the Ig Nobel Prizes are awarded each year in mid-September, around the time the recipients of the genuine Nobel Prizes are announced, for ten achievements that "first make people laugh, and then make them think". Commenting on the 2006 awards, Marc Abrahams, editor of Annals of Improbable Research and co-sponsor of the awards, said that "[t]he prizes are intended to celebrate the unusual, honor...

maybe dog merchandisers can start printing conversion charts on dog leash housings, dog bowls, and dog t-shirts to appease those who care to make the comparisons

If anything, those charts at vet offices might make folks who infantilize their pets think twice!

Mmmmmm; dunno. Have these people ever owned puppies? As someone who’s had a number of dogs and known many more, I’d say that a year old dog is more like an 18-20 year old human in terms of physical and mental development; they still have some filling out to do and mature mentally. They seem to be fully mature at about 2, depending on the breed, so that would be more like 25-30 years. All of which says; I don’t think they mature at a comparable rate to humans, or like this article states. A year’s aging to them is different depending on their age.

There was a woman up the street from me who would only own Tibetan spaniels, always called them the same name; Bebe (as in “Baby”) and who walked them in a stroller. Even young dogs. Eventually, she developed severe dementia and had to be put in a care home (long story), and the latest dog went to a more sensible owner, and runs them ragged tearing around the yard. 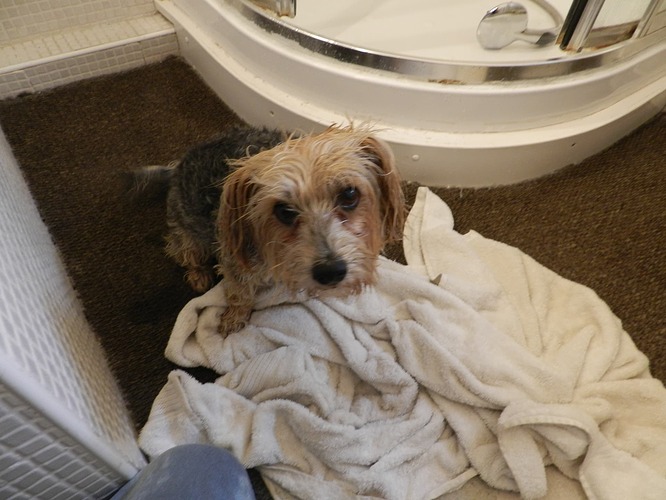 Yeah, I agree. My dog was still growing between the ages of 1 and 2. Not much, but he did grow. He was taller at the shoulder at age 2 than he was at age 1. I don’t know of any humans who don’t have some glandular issue who are still growing taller in their 30s. 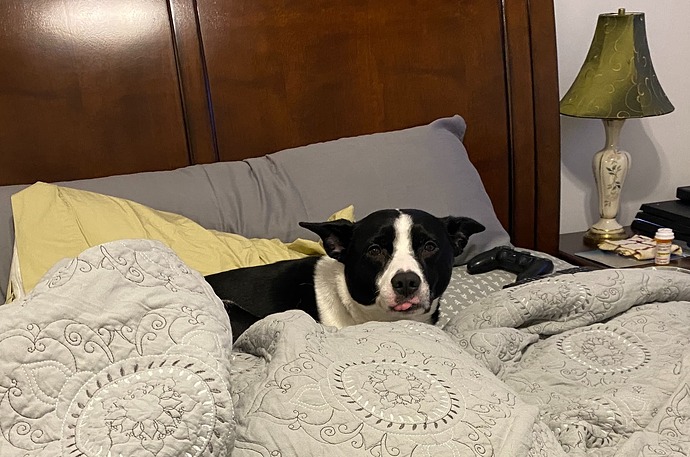 So was this 7:1 ratio actually an accepted calculation? I thought it was playground lore, like how a swallowed piece of chewing gum will remain in one’s intestines for 7 years. (& what is it with 7 years? Broken mirror etc.)

Cats are the same; if a male cat is not neutered, he will be much bulkier at 2 than at 1, with a bigger head, shoulders and neck.

what is it with 7 years?

All of your body’s cells are replaced every 7 years, you count as a virgin again if you haven’t had sex in seven years…

I’m sure there are more… Weird.

Well, my dog was neutered as a pup. He just kept growing. I got him at 6 months and assumed he wouldn’t get much bigger, but he almost doubled in size after that. Stupid strong dog, too. He only weighs about 35 lbs, but he’s literally pulled me off my feet more than once. I am not sure what he is, but I think he might have some pit in him.