Doggo, did you do this?

Our new female is capable of many things.
Shame not being one of them.

Lawyer has advised me to remain silent.

Given a Bad Time for having Good Taste.

Hideous wallpaper. The dog did her a favor.

This could work for a lot of things.

Next, he’ll release all of the emails on twitter, and Fox News will try to say that what he did wasn’t really wrong.

Lawyer has advised me to remain silent.

But I thought it had some dirt on one of your political enemies, Dad.

(damn, damn, too late to the party again!)

I totally had a cat that would do this. She’d chew the corners of any piece of paper she could get ahold of. I did in fact have to turn in “the cat ate my homework” papers.

With Chaplin, I only have to point to a spot on the rug where he’s peed for him to skulk off into his crate looking guilty as all hell.

I was under the impression that while this stuff is super cute, the dog has no idea why you are mad. It just knows you’re mad.

My dog is so good at feigning shame that I’ve trained him to instantaneously do the whole shame routine, and just as quickly turn it off.

It’s a fun party trick, since I know for a fact he’s utterly incapable of actually feeling the emotion of shame.

How strange - that cat doesn’t look one bit ashamed. In fact, I have never seen a cat look ashamed. That’s probably why some people hate them - not enough shame.

I was under the impression that while this stuff is super cute, the dog has no idea why you are mad. It just knows you’re mad.

I’ve heard this before, but I’m pretty sure I don’t believe it. Considering my dog can pretty clearly understand complete sentences, I’m quite certain he knows why we’re mad at him when we’re mad at him. Although shame is not really the emotion he displays. More like pouting that he got caught.

I’m with you. Had a couple of dogs I thought understood quite a bit. After NDGT’s episode showing the dog inferring the new stuffed toy must be the one with the new name, I’ll go to my grave believing dogs understand quite a bit more than we tend to give them credit for. 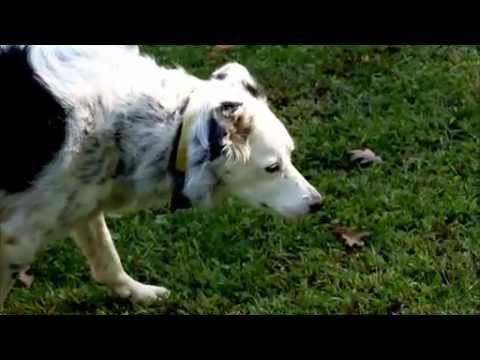 Neil Degrasse Tyson challenges an intelligent dog to pick out a Darwin toy it...

Aside from the obvious phrases like “treat” and “walk”, my dog understands the sentence “I need to get up”. Because he’s often laying in my lap. No matter what tone I say it in, he’ll immediately leap off me when I say that.

I’ve also seen him enacting “guilty mode” when I have no idea what he’s done. It’s not a reaction to being scolded because I haven’t scolded him yet, so he must understand that he’s done something he’s likely to get scolded for.