Doom running on an Ikea lamp

Um, point of order: the device in question is a smart home gateway/hub; there’s no lighting (outside of status LEDs) directly connected to it.

And yeah, I’m pretty sure that if someone stripped down something like an Echo or a Phillips Hue Hub (or whatever it’s called), the processor on it might have enough horse to run DOOM as well.

well I for one welcome our new Ikea lamp overlords.

My gigabit fiber modem with wifi gateway runs hotter than an old notebook computer and uses more power. I wouldn’t be at all surprised if it could run Grand Theft Auto.

I was told there would be lamps? BB is starved for content, obviously.

It’s a pretty cool hack repurposing the Cortex M33 ARM-based controller in a freakin’ light bulb for something completely different along with the hacks needed to get Doom to run. It’s pretty amazing that the economics are such that something like this is even possible.

The whole “IKEA lamp running Doom” lede is completely misleading. More like “ARM board in an IKEA light bulb repurposed to run Doom”.

Doing pretty good for playing on a microcontroller through microswitches. Must have typed in IDIKEA.

Is there anything that they can’t Doom?

In a dystopian future (20 minutes+) where all computing devices are backdoored with government monitoring oversight.

From here on out, it’s doom all the way down.

@beschizza The video and related article on Hackaday seem to have disappeared!

I suspect that a lot of the heat is analog, mixed-signal; and DSP witchcraft, you don’t shove gigabit over legacy coax without absolutely slathering that on; but I wouldn’t be at all surprised if the application processor side of things could cope with one of the older GTAs, would be rather more surprised if it could handle one of the contemporary ones that expects a proper GPU.

Intel’s Puma-series cable modem SoCs are based on a dual-core Atom derivative clocked north of 2 GHz (and the diagrams for their reference design show 512MB of RAM, potentially more); so while they’ve had a rather bad run in terms of not having glaring deficiencies exploitable on the network side they are not exactly lightweight parts.

Broadcom’s offerings are a bit more cryptic; but depending on who you ask, exactly which devices/generations you are talking about, (and which sketchy datasheet sites you poke) it looks like they have some MIPS32 stuff north of 1GHz(BMIPS5000), some MIPS64 at similar speeds (BCM1255) and more recently some ARM-based parts.

Because DOCSIS is not an invitation to user participation I suspect that bending one of these to your will could be tricky(doubly so if it’s a “home gateway solution” that is designed to enforce access controls over cable-company provided media; I believe that’s why Intel didn’t laser off their virtualization instructions on the Puma Atoms, so that you can more easily hypervise the DRM off from the (comparatively large and vulnerable) general purpose OS and application environment; but as long as you can do it with some combination of nontrivial general purpose CPU and (likely wholly undocumented outside of hardcore NDAs) DSP blocks; these are not trivial chips.

@beschizza : It actually was a light bulb. The Hackaday post is still up mostly and has a photo showing the light bulb wired to the screen: 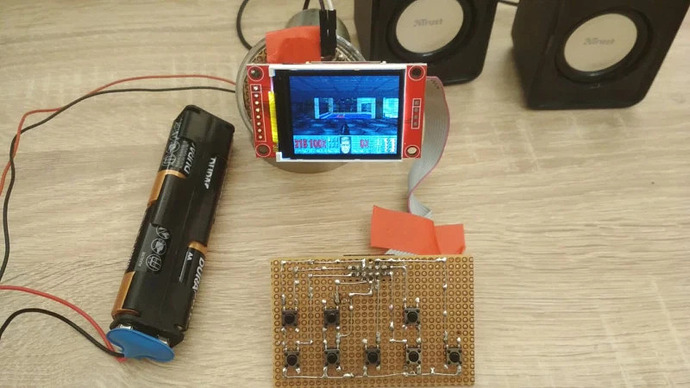 If you look behind the screen, that’s the LED bulb. It’s in the same format as the old school halogen projector bulbs. I think someone just grabbed the wrong shortcut to the lighting controller - like many things at Ikea, various elements of the line have the Tradfri name.