So is this guy putting other road users in great peril or not? What say the skateboarders here?

Not a skateboarder, so don’t take this answer as that, but he does appear to be able to slow down pretty fast by sliding the board and his hands. I hope that there was someone ahead who checked the road, and of course he was speeding, so there’s that, but I think this looks a lot more insane than it actually is, which is still pretty insane.

Peril of having their 2 ton auto hit by a 200lb person? I think he’s putting himself in peril to be sure. Just not sure if he is a danger to anyone else. In a fight between car and human, usually the car does pretty well.

My response upon watching this:

Humans rarely have that much kinetic energy.

Oh! That makes me think we should ask Randall Munroe of XKCD what would happen if we accelerated the skater to relativistic speeds?

Humans rarely have that much kinetic energy

Words to live by

I was thinking of this scenario, except with an extra 70 mph of speed differential:

unless externaly accelerated with a rocket or so (which would be a different scenario), people against air max out at about 400 km/h. It will get ugly way before relativistic speeds, no “What If …” neccessary << G >>

And so I’m the only one who couldn’t handle the horrid choice of underwear?

If he crossed into the oncoming lane and hit someone at 130-140 mph, that would be pretty damn messy. Rear-ending someone at 5-10 mph difference is just going to leave him smeared on the pavement once he bounced off, though.

Humans rarely have that much kinetic energy

But enough to get some really nasty road rash or broken bones if you eff up at that speed.
While I think it looks fun it also looks like more than my knees would want to put up with and I sure would want cordura/leather clothing and a full face helmet.

what was the person taking the video riding?

This one is way scarier to me (blind curves! cars! tricks!): 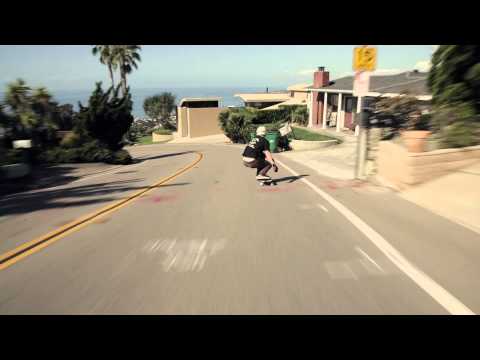 Yes, though it must be understood that “doing pretty well” here means “not losing as much”. The car certainly ends up no better than it started, and often much worse.

Wonder how fast he could get going on this?

Yeah, but then he wouldn’t get to flash his underpants.