Drumpf is denying a WaPo report that he was John Miller in a recording in which he is John Miller.

Or is he John Barron?

What’s sad is that even after reading 1/2 into the first WaPo report, I still can’t shake the same thought I had of trump in the first place: Egotistical narcissist bloviator who would be the kindest gentlest dictator/fascist ever. I remain amazed that anyone would find him acceptable or even within the realm of possibility for POTUS. He would take the international order right back to “he who has the gold, rules”, and he’d probably do his level best to dismantle the US government for private-sector ingestion only to be shat into American laps for cleanup. And I don’t care to imagine what people around America would do at his ascension to power.

But I’m biased in the extreme because I find him, personally, repellent.

“he who has the gold, rules” - or, he who prints the money never has debt? 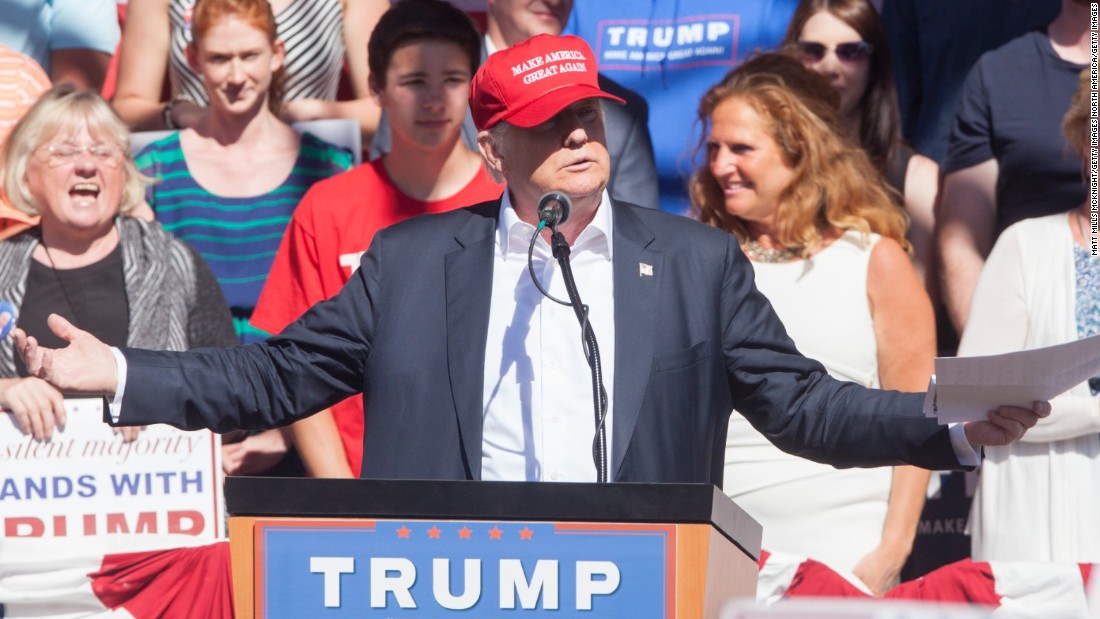 Trump: U.S. will never default 'because you print the money'

Donald Trump declared Monday the U.S. never has to default on debt "because you print the money," while trying to clarify his strategy for managing the national debt.

Oh dear. As usual he’s an indiscrete assemblage of puke somewhat conscious thought. The phrase most used in reporting on this dickbag:

…because he’s a human motor-mouth spewing forth a fairly constant stream of intellectually vapid and misleading bloviation, all tuned to support his ego. It’s gotta be some sort of mania, I’m sure it’s listed in the “Book of Things Which Should Absolutely Die In A Fire”.

I’d like to see one policy issue from his doughy lips in complete form. “We’ll reprint all money in a newer, golder shade of green”, and done. But that can’t/won’t happen because he doesn’t issue ideas that are easily captured into any sort of policy because he’s just a godamn stream of consciousness fucktard.

“Uh, Mr. trump, we’re setting up the policy for the new Making Illegal Immigrants Great Again By Rounding Them Up and Kicking Them Out Even Though the U.S. Is Paying For It And Not Said People’s Home Country police force–we need you to sign off on these new “People Carriers”, mobile jails really, for the Big Deport.”

“Waat?!? I said that was a ‘suggestion’!! And that there are exceptions! Didn’t you listen the first time? Loser!”

It's gotta be some sort of mania,

…because he’s a human motor-mouth spewing forth a fairly constant stream of intellectually vapid and misleading bloviation, all tuned to support his ego.

Wow. You summed up that “campaign” in a sentence that probably explains all past and future Drumpf quotes. It’s a perfect pathology storm of borderline personality disorder, rich kid real estate developer entitlement and corporate media quarterly financial reports.

Thank you, and I was thinking, even worse, he does it to support…ugh…his “personal brand”. The douchebag was hawking his godamn no-longer-made steaks, for crying out loud.

I’m old enough to have learned that there are certain people in the world that almost instantly turn my stomach–doesn’t take me more than about fifteen seconds to know if someone is part of that group, and ever since I saw that shitbag on old timey TV’s “Lifestyles of the Rich and Famous” I had him pegged as “avoid at all costs”.

American politics is bad enough without that scumbag wading in, fecal-ing up the place.

on old timey TV’s “Lifestyles of the Rich and Famous” I had him pegged as “avoid at all costs”.

on old timey TV’s “Lifestyles of the Rich and Famous” I had him pegged as “avoid at all costs”.

That’s the episode in which he praises his baby daughter’s future rack?

…because he’s a human motor-mouth spewing forth a fairly constant stream of intellectually vapid and misleading bloviation, all tuned to support his ego.

Wow. You summed up that “campaign” in a sentence that probably explains all past and future Drumpf quotes. It’s a perfect pathology storm of borderline personality disorder, rich kid real estate developer entitlement and corporate media quarterly financial reports.

Every time a portion of Trump’s latest verbal secretion can be interpreted as a falsifiable statement, it is almost invariably false.

When presented with his own inaccuracy, he simply disregards it and/or attacks the messenger.

As the great Matt Taibbi has documented, accepting the scalding stupidity of Bush Jr lubed America up for The Donald. 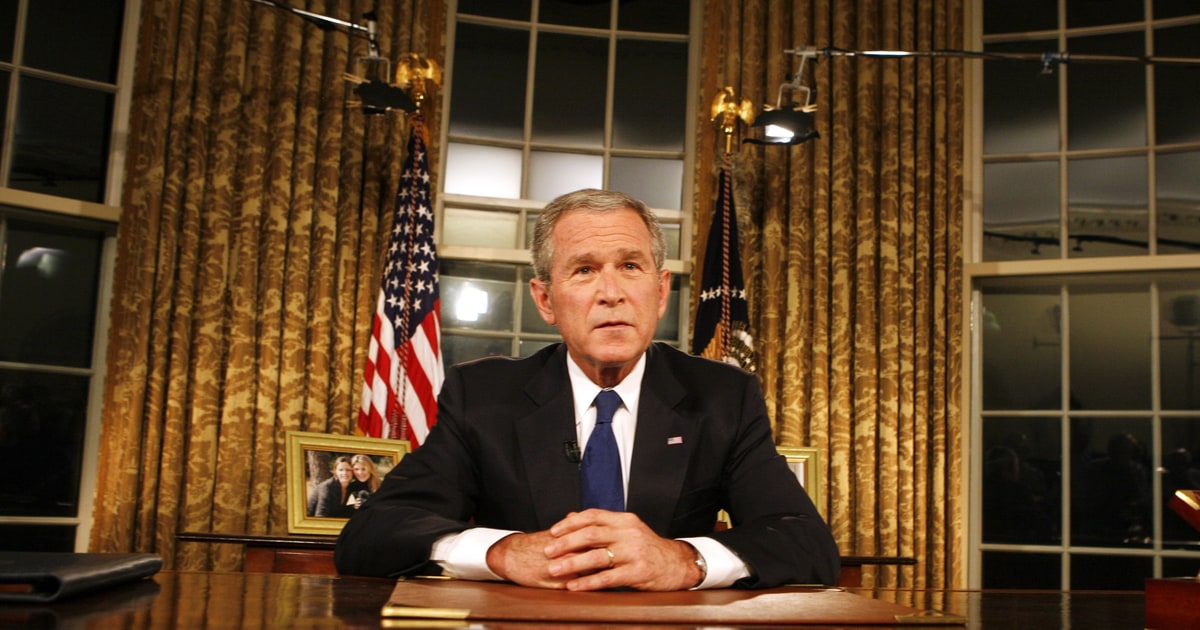 Revenge of the Simple: How George W. Bush Gave Rise to Trump

George W. Bush was just an appetizer — Donald Trump would be the main course.

You also nailed it though aren’t there also signs that Drumpf has crossed a tipping point into unacceptable for conservatives? Isn’t that new?

Goldwater lost in a landslide, and there are people who can still remember the California billboards that read Governor Reagan?

But by 1980, a national majority was suddenly fine with them, from President Reagan, VP Quayle, Speaker Gingrich and Pres. W. Bush. There was more than 30 years of inexplicable voter complicity.

Drumpf (and to some extent Palin) have drawn more complicated responses from factions in the GOP.

All the other candidates from Reagan through W were uniformly accepted by their party. Attacks were overwhelmingly against “liberals” and their “politically correct” defense of “special interest groups” which was floating code for unions, black people, women, LGBTQ and environmentalists.

Drumpf is attacking vulnerable groups. But he is also being attacked by other factions of the party. Liberals and progressives are not being attacked meaningfully because the majority of attacks are intraparty GOP attacks.

Since Drumpf’s challengers suspended their campaigns, the mobilization by media and from conservatives in the GOP is coming from inside the house. There’s strong opposition to Drumpf from his own party.

There is still an effort to run a third party candidate against him. Former GOP heroes like W and Romney reject him. He rejects them. He’s publicly rejected all of them.

There’s a new disunity in the GOP.

“he who has the gold, rules”

A sentence I heard nearly every single time I disagreed with my dad.

It really chafed his asshole when I turned down his money and still showed up to do my part.

Someone should remind Reince Priebus that listening to Drumpf deny that he pretended to be “John Miller” so he could tell a reporter he had lots of girlfriends is probably higher cable ratings than the taco bowl.

…
A visibly uncomfortable Reince Priebus defended Trump in three Sunday talk show interviews, arguing that questions about Trump’s integrity do not matter to supporters of the presumptive GOP presidential nominee and refusing to say whether they should.
…

accepting the scalding stupidity of Bush Jr lubed America up for The Donald.

I should add ignorance.

Proud ignorance accompanied by the stupidity bred in by a lack of curiosity or empathy.

They share that. I’m terrified of a population that can’t see that inhumanity, dishonesty, rank incompetence. It’s chilling!

Someone should remind Reince Priebus that listening to Drumpf deny that he pretended to be “John Miller” so he could tell a reporter he had lots of girlfriends is probably higher cable ratings than the taco bowl.

Even sadder still, as was mentioned in an On The Media piece (NPR/WYNC) about “Normalizing trump”, the media has shifted to “presumptuous nominee” mode where they’ve moved beyond the crazy/racist/bigoted shit that he said (or says) to ask him about his (ostensibly) serious Presidential ideas (which are clearly reduced to one–support/boost the ego of trump):

Bob says: "Who cares?!" By asking him about policy flip-flops and speculating about his VP pick, the press is normalizing an abnormal candidate. Instead, they must stay on the real story: his dangerous statements about women, Muslims, and immigrants.

I think Priebus is underestimating the cable entertainment value of Trump lying today about a tape made years ago. And he still has tax returns out there as an issue on the same liar theme. And there’s the unify the GOP donors task happening at the same time.

So would you be willing to go so far as to say he has affluinza?

I mean, Donald is who he is … that’s him, and you can say he’s mentally ill or whatever you want. But the elected Republicans SUPPORTING him are IMHO the much bigger assholes. It’s crossed the line from standard party politics to abhorrent group think. I mean … I would think anyone who ponies up next to this loser is committing political career suicide – that goes for VP and cabinet members. You’d have to be batshit crazy or just desperate for attention to want to work with this guy. Oh wait - I just described most of congress.