He has a bright future ahead of him.

Worth it for the Corgi though.

He also could have saved most of that labor and expense by buying similar products that already exist like a cement funeral sarcophagus and employing a funeral home to dig the hole and lower the box in.

But this wasn’t about Cheetos lasting 10,000 years, this was about Tik Tok views and likes (or whatever they’re called).

It would’ve been more interesting if he’d taken an in-depth approach to the problem, like you might see in a Mark Rober or Stuff Made Here video, but I still appreciate the idea and effort. No need to be a stick in the mud about it, yeesh!

This sarcophagus will be penetrated by water within a few years

Came to say the same. Concrete is not water tight over long periods and he didn’t line it or seal it in any way. Around here, it would be full of water and reduced to chalk and spall by the end of the first year,

The acrylic block in the middle will fair a lot better if it’s a solid block. Kept out of UV, that will probably last a few hundred years at least.

You also have to bury stuff a lot deeper than that if you want it to last. I presume the ground doesn’t freeze where he lives, but if it does, it needs to be 8 feet down. Same for tree roots, excavations for utility service, etc. Anything buried a foot deep is going to be found and/or damaged very very fast.

I get that it’s a dumb stunt for clicks or whatever, but it’s a missed opportunity to get the basics right and make the world a smarter place instead of a stupider one.

I love you folks.

Should of went with a McDonald’s hamburger.

The Cheetos themselves will break down pretty quickly and become inedible. Long term food storage is a huge problem for NASA, and this dude took no steps at all.

Exactly, a plex box plus physical storage mechanisms does not equal a Dune style Nullentropy box:

Nullentropy is a wide spread storage technology in the Dune universe. Any item may be preserved indefinitely inside a Nullentropy capsule or container. In Heretics of Dune, Duncan Idaho and Miles Teg survived hidden in the No-chamber of House...

Damp is the snack killer.

He has a bright future ahead of him.

I was focused on “dude’s” mistake, actually.

I think this often when some new discovery is unearthed and we try to determine why something appears the way it does. There’s a high probability we unearthed the work of a complete moron.

ETA: Or, you know… an entire culture of morons.

Future Archaeologist, “We believe is might have held some sort of ritual significance.”

The cult of morons. (@cannibalpeas)

ETA @euansmith beat me to it, of course.

Of course, no one can be certain exactly what it was used for Historians: Without written records we can’t know what it is. Anthropologists: Religious artifact!!! Archaeologists: It’s an object 8cm long with holes, found in the third layer of the fourth square in the second quadrant, amidst hard clay and silt. No other objects in proximity. That’s what it is. Archaeobiologists: It’s a carrier of DNA, don’t touch it. What? Oh hell, you’ve ruined it. Paleontologists: I named thee “Longthinb…

Or we get lucky, and the guy selling substandard copper ingots is named and shamed on the artifact.

It’s such a weird combo of doing tons of work but also half-assing elements of it. Building a huge, enormously heavy sarcophagus, but then having the lettering on top being gold leaf (when they could have been cast as raised/carved letters when making the lid), which guarantees they won’t last at all, especially buried in the earth. Burying the enormous thing in the ground, when it would have worked better sitting on the surface.

this was about Tik Tok views

What I don’t get is if that’s all it was about, he could have half-assed it even more and saved himself a lot of work.

Dude did something fun but it is not MilSpc so fuck off. 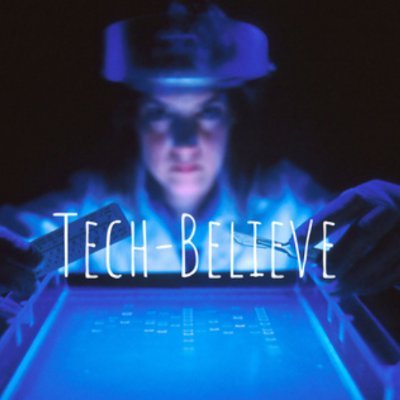 @Tech_Believe
@Imposter_Edits This place is a place of honor A highly esteemed deed is commemorated here What is interred here is valuable We considered our civilization powerful The spicy, salty flavor of these foods was one of our great achievements

I was downright dismayed that this was the ONLY usage that I could find of this on the topic.