Local weather person often worries us about the encroaching colors: “Yet we’ll have to keep a careful eye on this orange patch headed our way on Tuesday morning, because when that orange is overhead that can mean that a red region might arrive soon after!” (“Aubergine is the cruelest weather”)

It’s getting hot out there. 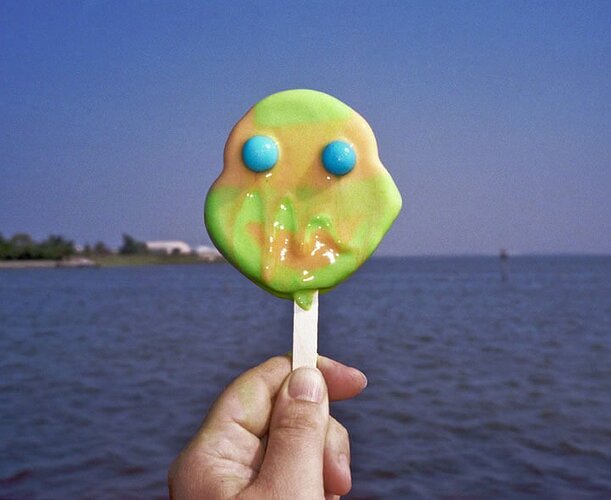 Forget Shredder or Splinter. We got Melter to deal with now!

The orange region is more fun than the red region according to the 1987 TV series.

That is, like, some radical weather patterns, dude!! It foretells the Time of Pizza, which is, like, totally awesome!!

The Teenage Mutant Ninja Turtles would have been right at home, in a Bill and Ted’s Excellent Adventure crossover.

That is, like, some radical weather patterns, dude!! It foretells the Time of Pizza, which is, like, totally awesome!!

Whew! I was worried it predicted the Age of Sewers, when people would decide to live where it’s dark and cool with easy access to…water.

Considering they’re both products of the late 80’s and attempting to tap into the youth culture of that time this like totally makes sense dude!

I would 100% have watched such a crossover as well.