Absolutely nothing. The world changes… if you can’t get your mind out of the legacy technological rut that’s your problem.

Must disagree. Portrait mode for video is almost always the wrong choice. The world is effectively horizontal at human scale.

I don’t know much about Elon, but I do know that histories best psychopaths had exactly that effect on people.

On the other hand, he put a spacecraft in orbit and started an electric car company…

“All us normal humans high five like this, are you saying something is wrong with my actions?”

I too do think he is a (probably narcissistic) psychopath.

Very bad for the people directly working with him, but on the other hand, if he gives us electric cars, probably it is worth it?

I too do think he is a (probably narcissistic) psychopath.

Based on what? I mean, you’re entitled to your view, but I’m wondering what brought you to that conclusion. And are you saying you think he’s a self-absorbed jerk, or are you actually diagnosing his mental state? I know people throw around mental disorders like candy, I’m just asking whether you’re speaking casually or medically.

Unfortunately, I have years of experience in doing (IT) business with psychopaths.

Based on this I’ve read lots of books about this topic and talked with other people in the same position.

I do think I have a rather clear understanding on how a “typical” psychopath behaves and acts. Acutally I do think most successful business people in upper positions are psychopaths.

So I’m not speaking casually but rather medically (of course I have no actual medical knowledge).

Absolutely nothing. The world changes… if you can’t get your mind out of the legacy technological rut that’s your problem.

I’m afraid I’m with @winkybber. Desktop and laptop screens have gotten less square and more horizontal over the years, in part to accommodate movies shot in widescreen. While you can always reorient a phone, other screens are difficult and you effectively cut people off from being able to maximize the video. Have I shot vertvid? Naturally, if I’m sending my gf a quick video message, I know she’s just going to look at it on her phone. But if it’s at all meant for anything else, I have to shoot it horizontal (horzvid?), because it just makes sense, damnit.

Don’t blame the user as much as the phone. The fixed focal length means that if you actually want to get more than just a row of heads, you have to shoot close video vertically, and many phones put important buttons (like power) in a location that makes it easy to accidentally press them if you’re holding the phone firmly and sideways.

People also generally use their phones vertically, so it’s not too surprising that people will quickly shoot vertical video (and get the shot) rather than risk not getting the shot by worrying too much about things like “framing.”

People are lame. Elon isn’t a psychopath. He’s just one of those rare people who get off their asses and DO something. Most of the human race has devolved into butt-hurt keyboard jockeys.

If you can’t be bothered framing a shot, then don’t take the damn video in the first place. Some of us with more than a few braincells can be bothered orienting our phones properly and so we get landscape video.

Let the dude smile. He is making some great achievements.

Personally, I think the high fives are a bit lame, but I wouldn’t deny Elon.

Watched the whole clip and saw not one videoing phone held in landscape mode.

WTF is wrong with people?

This is gonna blow your mind

In all seriousness they’re camera phone videos that in 2016 will mostly be viewed on portrait orientation screens, who the flaming fucktits gives two shits.

I mean, most of them weren’t using tripods or dollies either, WTF #amiright? Does nobody take off-the-cuff personal videos seriously anymore? It’s serious business!

That’s like saying nobody wears plus-4s and suspenders anymore, so it’s fine to wear a tracksuit everywhere.

Personally? Can you high-five by proxy?

Seriously. Nobody gives too shits.

He’s just one of those rare people who get off their asses and DO something. Most of the human race has devolved into butt-hurt keyboard jockeys.

So it’s our faults most of us are stuck in the mud doing the only thing we really can at this stage (keyboard flailing) while this guy was able to make a fortune then make a car company?

Your thinking, while not inherently wrong, shifts blame on the person who is likely broke, or has to run as fast as they can to avoid going under.That… yea no I’m hoping you mean well man, but the tone just feels finger pointy and unproductive, can you kinda not do that? 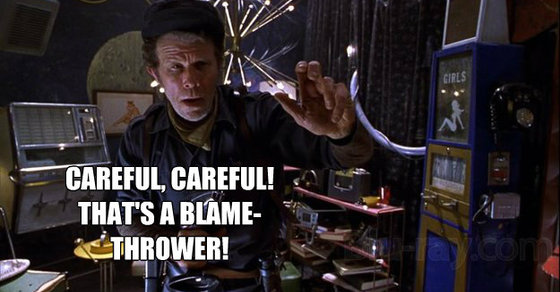