So is Technoline the same thing under a different name, or just trying to look as if it is?
Alternatively, can you recommend a UK stockist of the La Crosse? 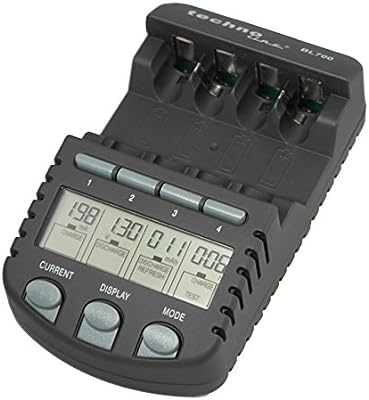 The latest version of the iconic BL700N battery charge utilises very high specification components throughout which results in a device of the highest professional standard. This genuine Technoline un ...

I had one of these that crapped out on me after only a couple years’ use. YMMV

The EBL are 2800 mAh and good for camera flashes and strobes. The Eneloops are 2000mAh and do work in them, but needed more frequent charging/swapping. The Eneloop PRO are the battery that’d compete with the EBL. I’d likely just buy the Eneloops if I wasn’t looking to try other stuff. Mistakes in this space aren’t very expensive.

Also, let me just say that strobes are heavy and shitty to dive with and I’m really pretty much done with underwater photography with anything but the small and easy go pro type setups I’ve been using. Every time I think I should use my heavy UW photo rig I regret it.

I have a Apple magic Mouse, and the batteries I put in seem to last a week to ten days. I’ve been using duracell rechargeables, which don’t seem to fare all that well in many comparisons. Any recommendations for what I should be putting in my mouse?

Any recommendations for what I should be putting in my mouse?

A healthy diet for mice - RSPCA

Make sure your mice have a healthy diet

ETA: For a more honest answer, I used to have a cordless mouse, and my final solution to the battery issue was to buy a corded mouse.