I just hope that there is a pengweng exhibit.

From my point of view, that Englandland thing is just insane. I would make sense if Englandland was to be built in North America, Japan or North Korea… But an Englandland in ENGLAND?

Did you know that England already has a huge English theme park with all sort of attractions and museums? It is called LONDON.

At the Blackadder Cafe, the staff mutters contemptuous mock approval when you order the Mister 3 Bean salad while Baldrick ‘foams’ your cappuccino

A Hitchhikers Guide to the Galaxy attraction would very hoopy.

I came here to mention Julian Barne’s novel. It’s interesting what is presented as an absurd, though funny, idea in a piece of fiction becomes a business in real life. 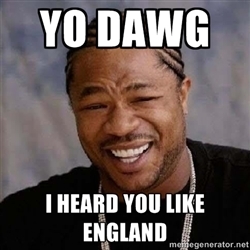 It will only work if they get the correct level of customer service, for that truely English/British experience.

Also, I wonder if this would be like Main Street USA in Disney[World|Land] - kinda cute in a quaint way and also kinda creepy.

Note for Americans and other aliens: Milton Keynes is a new city approximately halfway between London and Birmingham. It was built to be modern, efficient, healthy, and, all in all, a pleasant place to live. Many Britons find this amusing.
– Terry Pratchett and Neil Gaiman, Good Omens

It’s BETTER than I remembered. “Drop Your Pence in EnglandLand” 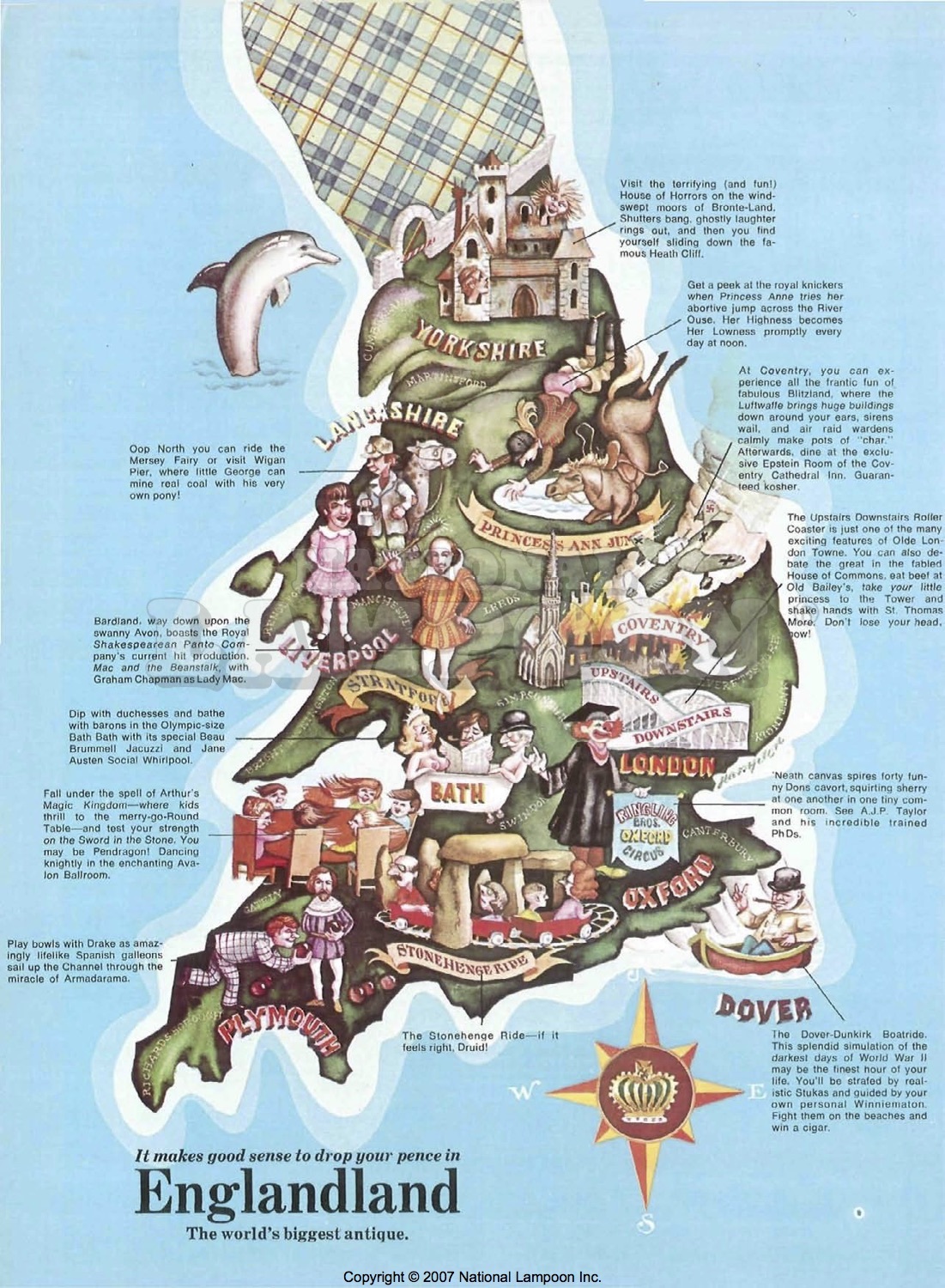 The New Towns are weird as fuck. Basingstoke has a really good pie shop, however, which is older than the town itself. Granted, it’s Basingstoke’s sole redeeming feature.

London is not part of England. It has the same relation to England as Monaco does to France.
I’ve lived in London and England, and I much prefer living in England.