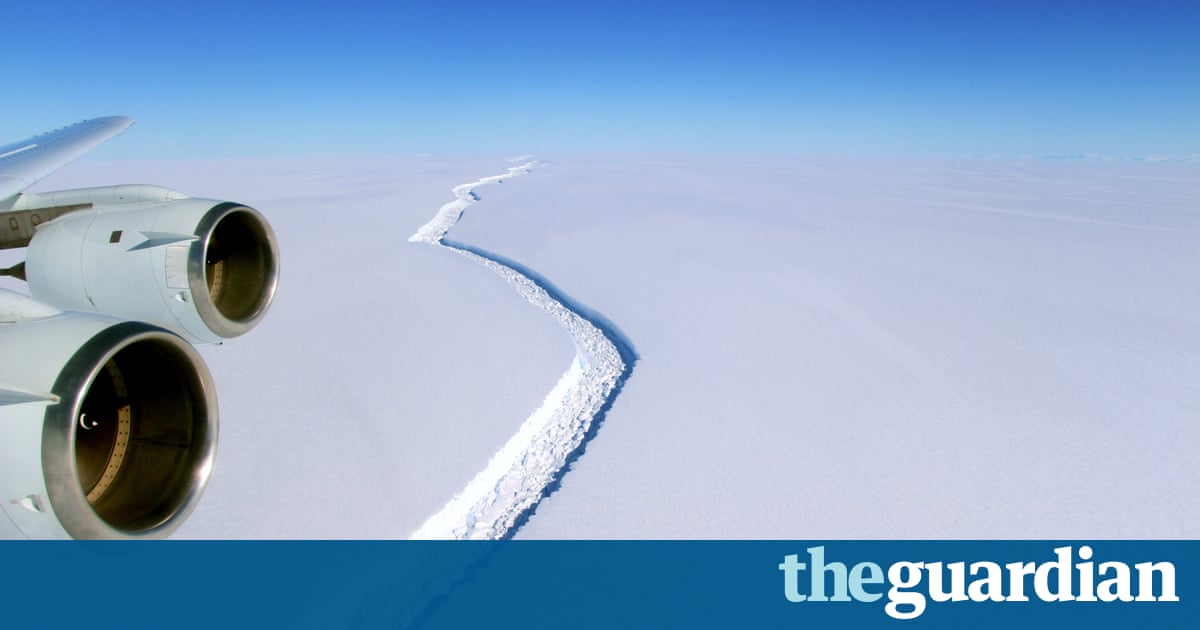 “There is enough ice in Antarctica that if it all melted, or even just flowed into the ocean, sea levels [would] rise by 60 metres,” said Martin Siegert

And the reason that’s relevant is that an ice shelf itself, floating, isn’t going to change ocean levels.

But the uncorking of the bottle of all the ice uphill from it, which may well now flow as glaciers do, at a faster rate to the sea, could. 60meters is absurd unless it all went away all at once.

But 0.5-1.0 meters - just became a lot more plausible in a time frame that we can each personally observe.

Anyone want to take bets?

Someone fix me an enormous drink, with ice.

But the uncorking of the bottle of all the ice uphill from it, which may well now flow as glaciers do, at a faster rate to the sea, could. 60meters is absurd unless it all went away all at once.

This quote makes me suspect you have also read Storms of My Grandchildren? At least, that’s where I learned about this stuff. A couple of other salient points from that book:

The IPCC projections of 20-50cm sea level rise are based on models that have the ice sheets growing. This is based on the fact that increased humidity means more snow, which is true, but it fails to account for subtle effects like changes in surface absorption as the ice melts, and changes in glacial friction as you note. So that 20-50cm is from thermal expansion and the loss of isolated glaciers alone. Remember that the IPCC was a collaborative effort that left out anything where there wasn’t total consensus, and “the ice caps are gonna melt all the way off” may have been a bit difficult for some people to accept.

The geological record shows that the sea level has in the past changed as rapidly as ten metres per century, and that in response to far less rapid shifts in atmospheric CO2.

The geological record also shows, if I’m remembering correctly, that the last time Antarctica was ice-free the sea level was something like 72 metres higher than it is today. Given that the ice sheets are already disintegrating it appears that no further CO2 needs to be introduced to the atmosphere for this to happen again.

Don’t worry, the “right” people will be high and dry. The plebs who can’t move from the coasts deserve to drown cause Jesus and free market and Ayn Rand…

And I haven’t read that book, I just had really amazing professors in the early 90s apparently. Just sort of seemed obvious.

Don’t worry, the “right” people will be high and dry.

I bought a house a few year back. By my calculations it will be tidal frontage for my kids.

well at least until the Mer-people rise up from the ocean to destroy us for trashing the planet.

You know who know’s it’s turtles all the way down,

Honey Badger aspires to have as few shits to give as the sea.

That turtle has the “I’m gonna fuk you up!” look on his face.