Essay in a new Doctor Who ebook!

I already posted this in the victory thread, but I figured I’d start a topic too… I have an essay in an ebook that came out on the 9th. I’d appreciate it if you share with anyone who likes Doctor Who and would be interested in buying such a thing! 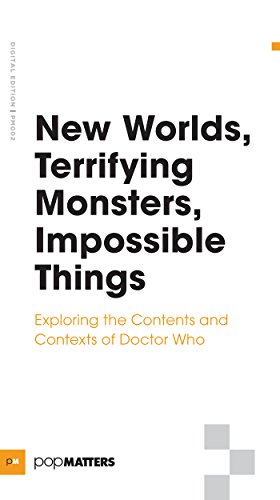 Appropriately for protagonist—a time traveler—there is perhaps no series of any genre that spans as much actual time as Doctor Who. From its debut the day after the Kennedy assassination, through the ...

That’s such great news!! Congratulations! I can’t wait to read it.

Tell your nerdy friends, too! Let me know what you think!

Congrats on becoming a published writer!

Will do! I just bought a digital copy and will read ASAP.

P.S. Out of likes somehow so here is a special

for such a fun thing that you did.

Okay, I’m pleased to report that I loved The Doctor Has His Day? Doctor Who and the Constraints of the American Cultural Cold War.

I know next to nothing about Dr. Who so I was surprised to learn so much about the show and the story arcs in the different iterations of the show and the doctor. I was wishing at times it was a wiki so I could learn more about particular episodes or features of the show.

I also appreciated the rich cultural and historical context for examining the show. For example, I had no idea it had been used critically against the Thatcher regime. And examining ideas about gender expressed in those episodes was so interesting, I was ready to read an entirely separate essay developing that question.

This topic was automatically closed after 277 days. New replies are no longer allowed.