… the RNC is riding this pony all the way…

Yes. From underneath the pony.

What happens if Trump get out at the last moment. Will Pence take over the candidacy assuming he is nominated for VP?

Yes, although I would expect a lot of chaos. Depending on time timing, it likely won’t be possible to get ballots changed in many states, so they will still say “Trump/Pence”, but he will be promoted as the party nominee. Trump’s pledged electors will presumably be expected to vote for Pence. But who knows what they actually do? Also, it isn’t clear if “I quit” is binding after the ballots are finalized. If trump rage quits in September, then “Pence” wins in November and Trump says “no wait, I won – it says my name on the ballot”, what happens? Other than chaos of course. The laws and customs are barely designed to handle edge cases when a candidate dies during the election much less contemplating a fickle candidate with no respect for laws or customs who might resign and then try to un-resign.

Also, what happens if Trump resigns from the presidency but not the candidacy between now an January, receives a pardon from president Pence, then wins the election?

Hilarious that 3 years in, John Sununu is still telling Trump to stop being Trump. BTW the instant he’s no longer president a lot of district attorneys are going to want to talk with him.

I fully expect that if he looses re-election, after whining and challenging and otherwise behaving like a loser he will resign “from the rigged system” and have Pence pardon him. Then when he starts getting investigated in the state of New York and others he is going to complain more because he has been pardoned and if there is one thing he doesn’t understand or believe it is that there are limits to presidential authority…

The president’s move heightened criticism that he was purging his administration of officials whose independence could be a threat to his re-election.

@RepAdamSchiff @morgfair Trump does not think Putin is our friend. Trump thinks Putin is HIS friend and partner in stripping the US down and selling it for parts in a mutually beneficial financial relationship rife with illegality. It would be nice if you were honest with the American people about that.

My money’s on the case against.

There are rumors he is going to create or take over a cable network to get his daily dose of adulation while spewing his bile.

I knew if I scrolled through the comments far enough I’d find somebody stating the obvious:

He can’t quit - he also can’t fail to be re-elected. He’s going to get prosecuted the instant he loses immunity thanks to being “president” - and all his enablers, cronies and family will too.

Paul Ryan? Sounds like you just doubled down on the most ridiculous portion of your prediction, the rest of which was perfectly reasonable.

Judging by how much of a dickhead he was during the entire Obama presidency, and through his own presidency thus far, there isn’t much of a chance anything will stop Trump being a dickhead AND LOUDMOUTH until his death (hopefully in prison).

The Guardian has a re-election playbook to watch. We’re already 22 of 25 things done, so it’s down to the last three points. 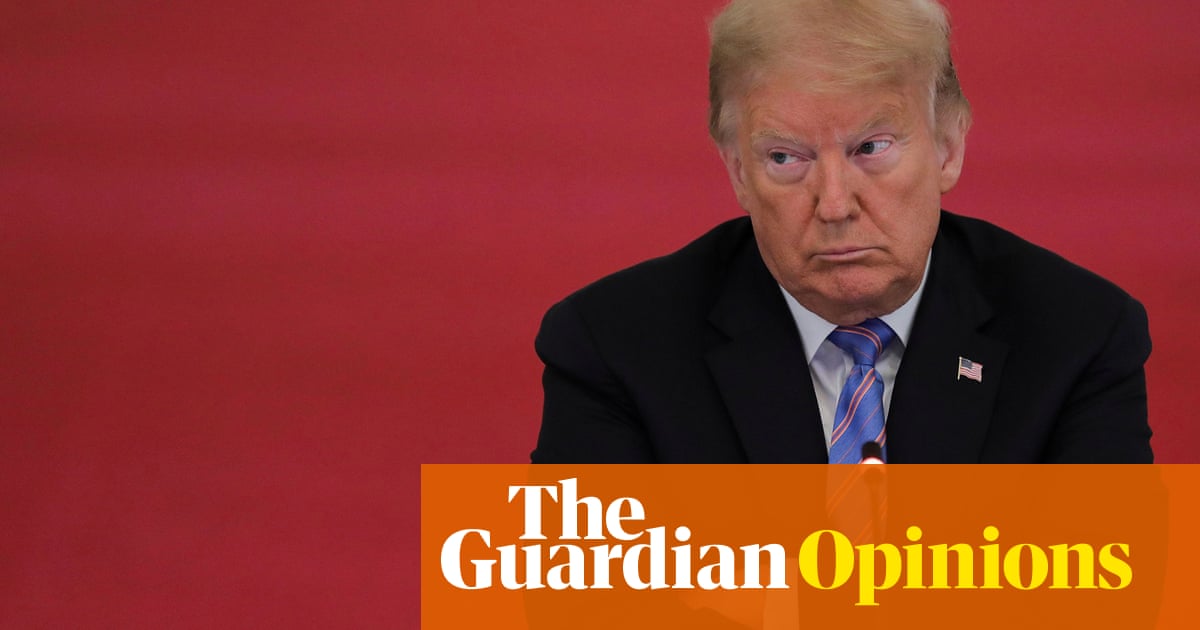 From now until November, opponents of the most lawless president in history face a fight for democracy itself

Right, there is no way he will quit. He could self sabotage then open the gates so his zombie horde can try to overrun everything.

The mind boggles.
I thought FOX was bad enough.
Then I thought OANN was bad.

This TV barrel has no bottom.
It’s just a black hole so massive not even light can escape it.

I’m going to Godwin it, and say that it would be in everyone’s best interests if he quit in the manner his idol did…

Actually, how about this: crowd fund a massive amount of cash and offer it to him under a contract that demands he step down and retire from public life forever. Methinks he loves money more than the Presidency, especially after “serving” for 4 years and getting a taste of the madness of the job, so it just might work. I realize this isn’t the best or quickest solution by any means, but, hell, if it works, then let’s do it!

I like this. Especially since he won’t be able to abide by the contract, so he’ll lose the money he got.

He will only quit when he and his cronies stop making money from the grifting of 'murica. Only when the well is dry.

looks at United States of America
prepares to laugh
remembers is British Subject with Johnson as Prime Minister
sighs
It really is an omnishambles.

Methinks he loves money more than the Presidency

I think he might love people telling him how great he is more than money. He does love money, but as a millionaire he realistically has enough money to satisfy his extravagant lifestyle indefinitely, so it is really just about bragging rights, i.e., other people telling him how great he is. After having giant campaign rallies I actually think money will be enough. Although he does love “making a deal” even it is bankruptcy. Could go either way.

Yeah, I hear ya. I thought about this. It might be worth it to “sweeten the pot” for ol’ Donnie by making a rule during fundraising that, if he declines the offer, instead of returning the funds to the donors it will go toward something he absolutely abhors. I don’t know what that is, but probably has something to do with competitor construction/real estate deals or something like that. Side note: it’s high time someone showed Donnie how to make a deal!!

I will personally throw Trump a celebrity filled, tanks on parade, golf with Tiger, backstage beauty pageant, McDonald’s buffet, West Wing Oval Office set gala hosted by Steve Doocy, Yeezy, Joe Arpaio, and the last 5 Playmates of the Year every single day until he dies if he voluntarily leaves office.

Let’s do it Donny.

I’m not from the US, so i might be missing something very obvious.

I also heard, but i’ve never tried to verify, that the delegates are not bond to the candidate they were elected, and they can just change sides and pick the other candidate in the presidential convention (or whatever it is name).
(I might also be confusing it with the primaries)