For those who want to double check that it was, in fact, a Beschizza joke, a full size link where you can see the UK:

I’m actually genuinely confused, because all of these seem quite real.

The UK one is a real slogan, as are many of the other ridiculous ones I checked.

What?? At this point I’m seriously considering the fact that @beschizza created a whole bunch of tourism sites himself, or got himself elected to each country’s board of tourism.

All within your reach, huh.

With Trump president that could be implying stuff was up for grabs. 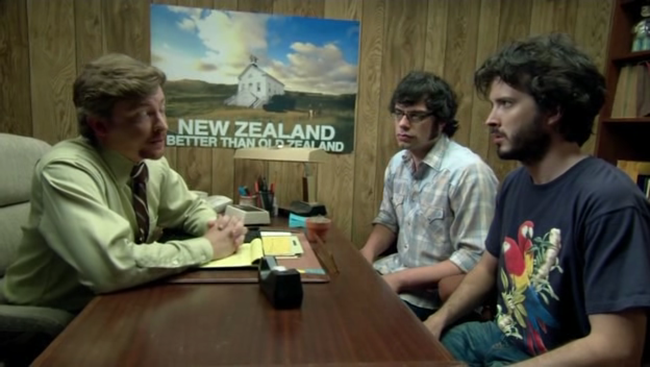 Anorak News | All of Murray’s New Zealand Tourism posters from Flight of the...

Liechtenstein: “No, you just passed it. Make a U-turn and then it’s the third exit off the A13 motorway.”

Why I barely even…

bravo, your attention to detail is admirable

Their generosity is admirable.

VADUZ, LIECHTENSTEIN—Citizens of the tiny European principality of Liechtenstein turned out in full force Saturday to participate in "Hands Across Liechtenstein," a special fund-raising event that raised more than $30 for Liechtenstein...

I’ve been to Old Zeeland (Tagline: “Land in Zee” apparently).

There was a bridge there.
So that was nice.

ETA: my city’s unofficial motto is “It’s not that bad.”

“Who are YOU to complain, eh?”

The accompanying post lists the UK as “Knife island”.

“He will stop at nothing to create the ultimate troll” - this is the slogan on his doormat in front of his house.

When I went to Mexico it should have read -

I think my favorite line in this vein was something Bill Bryson suggested as a tourism slogan for Australia’s capital city:

“Canberra: There’s Nothing To It!”

ETA: my city’s unofficial motto is “It’s not that bad.”

There’s a city near me whose motto is “The City.”

I think the UK should officially change its name to Knife Island, personally.

I thought Australia’s was: If we didn’t kill ya, we made ya stronger!

It used to be. Now, it’s “You’d better not have arrived by boat”.