Everyone needs an "invisible seat"

Originally published at: Everyone needs an "invisible seat" | Boing Boing

Could be very handy for camping for those times when nature calls.

Looks to be good for pooping in the wilds, that’s my scientific observation.

so they can squat anywhere in comfort.

Or use the ancient secret of…actually squatting. Works for pooping too, quite well I’m told by a dashing young man and an ice-cream-pooping unicorn.

Surprised to see the model and text characters being from one of the cultures where adults stay limber enough to squat comfortably (as a white American, I can’t). Perhaps squatting in public is starting to be seen as déclassé in Asia, but I see middle-class Asians in NYC squatting on the subway platform occasionally.

Ha, I never realized how much work the non-structural parts of the chair were doing simply by sending the message “I am not pooping.”

This is even less comfortable than it appears. It is attached to plates inside the shoes, and your weight on your feet is what gives (little) support. There are no pictures of it not being worn, but you can see that it goes into the shoe and stretches out the back and sides.

I can’t understand how this works. It doesn’t matter how much rigidity this provides or what sort of bracing extends under the wearer’s feet. If your center of gravity is not being supported, you’re falling down.

In most of the pictures, the model is leaning forward. The exception is the fishing scene and I have to wonder what he’s got at the other end of his pole.

…the model is leaning forward

Yeah, just lean back a little and see where that gets you.

It doesn’t matter how much rigidity this provides or what sort of bracing extends under the wearer’s feet. If your center of gravity is not being supported, you’re falling down.

The secret is to have hidden floor anchors and/or be Michael Jackson.

Surprised to see the model and text characters being from one of the cultures where adults stay limber enough to squat comfortably (as a white American, I can’t)

I think it’s more than just lifestyle. The so-called Asian Squat is perfectly comfortable for a great many people of Asian descent, but most white people I’ve talked to about it not only can’t do it, but never could. Even when I was young, my ankles didn’t bend in a way that was comfortable to sit like that for long periods. I suspect a genetic component here. Conversely, I (and some other tall white people I know) can stand cross-legged with opposite knee-bumps interlocked very comfortably for long periods. Again, I’ve always been able to do this, and in middle age, I still can. Many other people look at it and are dumbfounded that it’s comfortable. I think there may be regional skeletal variations at play that make some people able to sit and stand certain ways for long periods while others can’t.

if that were true it’d still just be the average and not the individual. individual variation has always proven to be wider than geographic or race assigned traits.

bones are super soft when you’re a kid, and some are still fusing into the teens. meanwhile, western cultures are using high chairs for babies and a lot of eastern cultures use tables where everyone sits low to the ground

so everything from the very beginning is shaping our structure. ( easiest way to verify would just be first and second generation surveys i guess

so they can squat anywhere in comfort.

Probably not in airport security.

but most white people I’ve talked to about it not only can’t do it,

Oof, you’re talking to the wrong white people. May I introduce you to the “slav squat”? 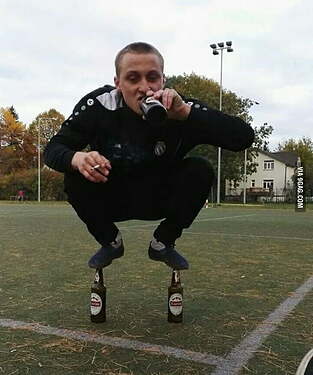 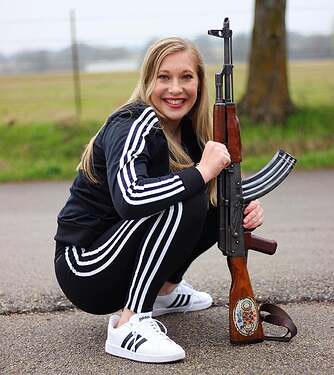 I think it’s more a matter of what you’re used to.
I used to squat like this all the time as a kid, on toes or flat-footed, it is surprisingly comfortable.
I still do it, and I’m in my fifties now.
Maybe you have to start young, but when you’re used to it, it’s second-nature.

p.s. I’m an average white bloke, not some fitness guru.

One of natures little miracles 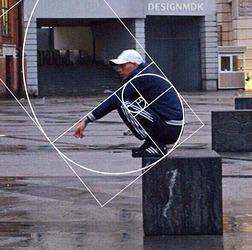 I have to wonder what he’s got at the other end of his pole.

Yeah, it’s a use it or lose it kind of thing. That said, you can get it back. I’ve gotten back to the point where I can squat with feet flat on the ground where before I could only go halfway down (knees at 90 degrees, thighs parallel to the ground). It took months of effort, though, and I still don’t find it relaxing (but it’s a really good posture for gardening). Key thing was stretching my ankles…

Same thing for sitting cross-legged on the ground… it took a really long time for me to be able to stay seated on the ground for any period of time, let alone for a 20 minute meditation. Had to work up to it for several weeks.