I don’t know who that guy is, but he was utterly clear, coherent, and commanding.

He doesn’t stand a chance. 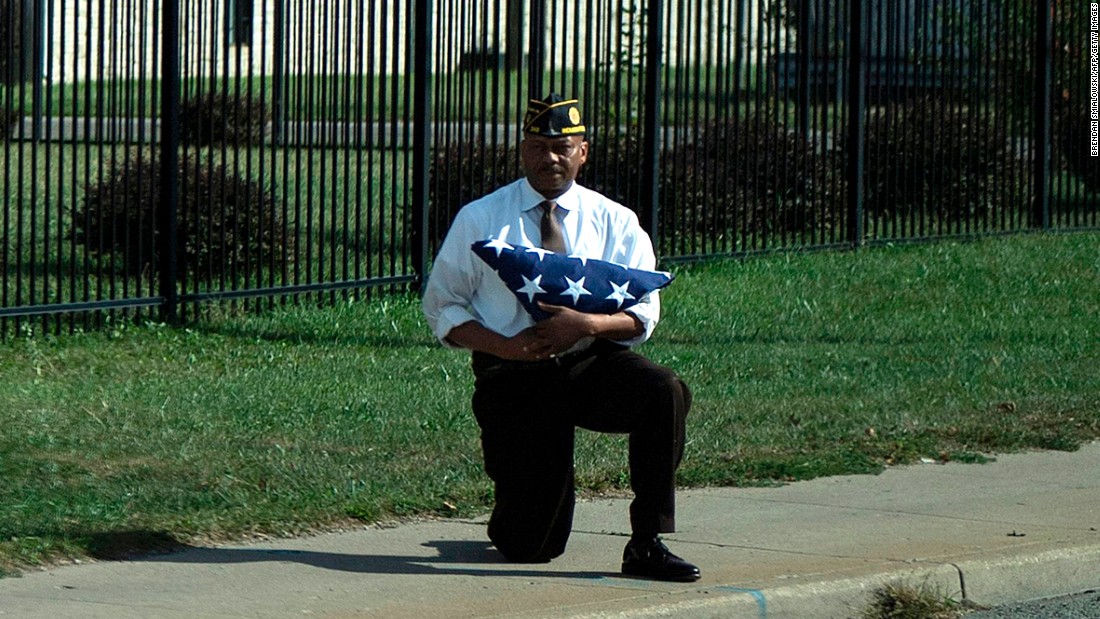 The photo was shot Wednesday by news photographer accompanying the President as he left Indianapolis after delivering a speech on tax cuts at the state fairgrounds.

I was about to say “See? That’s respectful, that’s OK!”

Then I noticed he’s black, so clearly he’s disrespecting the flag he carefully folded in the proper, traditional manner.

There;s a lot of issues with the study but it looked at per encounter so in any given encounter controlling for other circumstances the authors found that there wasn’t a statistically significant difference between white and black subjects. That conclusion isn’t incompatible with the fact that more black people are shot given that black people have more interactions.

Randall says it all as usual: 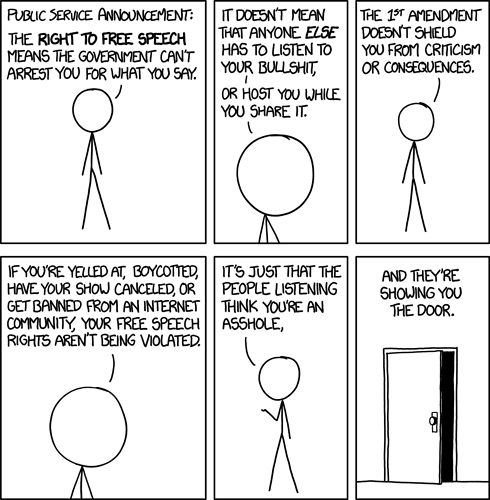 Actually no, that’s not quite the issue at hand here (that issue being diversion from race-based protest by disingenuous whinging about the anthem, the flag, patriotism, etc.)

I suspect he’s just talking about the people on-line he doesn’t like.

I suspect he’s just talking about the people on-line he doesn’t like.

Most people who link that xkcd have pretty much that in mind.

that’s not quite the issue at hand here

As far as I’m concerned, any player has a perfect right to do anything on the field that his contract or the NFL rules do not prohibit. 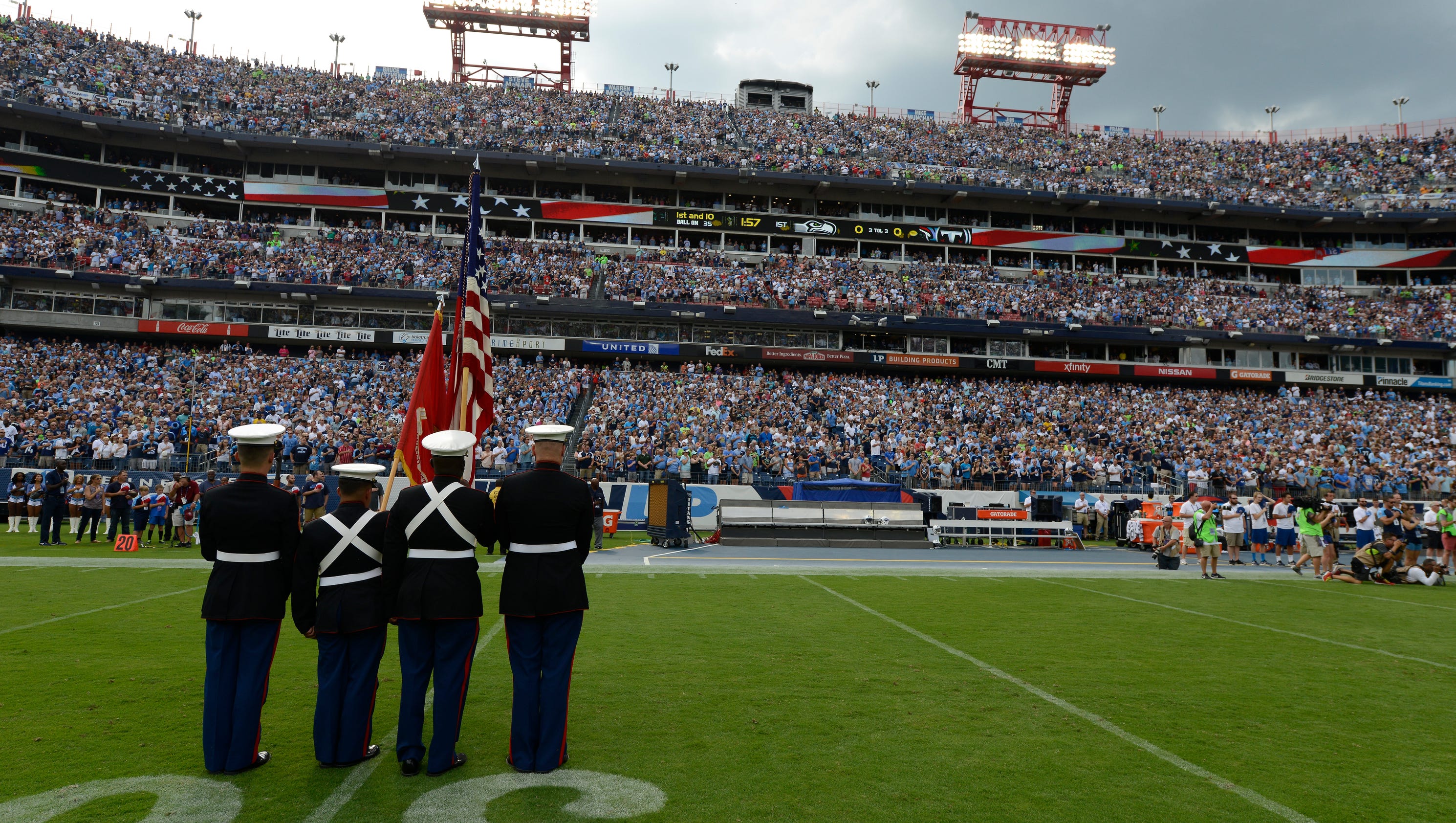 Titans' Delanie Walker: 'No one's telling you to come to the game'

The Titans remained in the locker room during the national anthem Sunday, after Donald Trump's remarks about players who kneel to protest inequality.

Personally, I have not watched an NFL game in maybe four years, I’m just an amused sideline (sorry!) spectator.

As far as I’m concerned, any player has a perfect right to do anything on the field that his contract or the NFL rules do not prohibit.

I see. So aside from failing to see the irrelevance of that cartoon to the issue at hand, you also don’t get what it’s saying on its own.

I have not watched an NFL game in maybe four years

That’s one thing we agree on. I have zero interest in watching people inflict brain damage and other lifelong disabilities on each other.

What’s “amusing” to you about these protests and acts of solidarity?

The most amusing part by far has been watching the manic pirouette of the NFL ownership as they simultaneously try to mollify their players and their fans.

Idol Patriots is my new name for uncritical Americans. 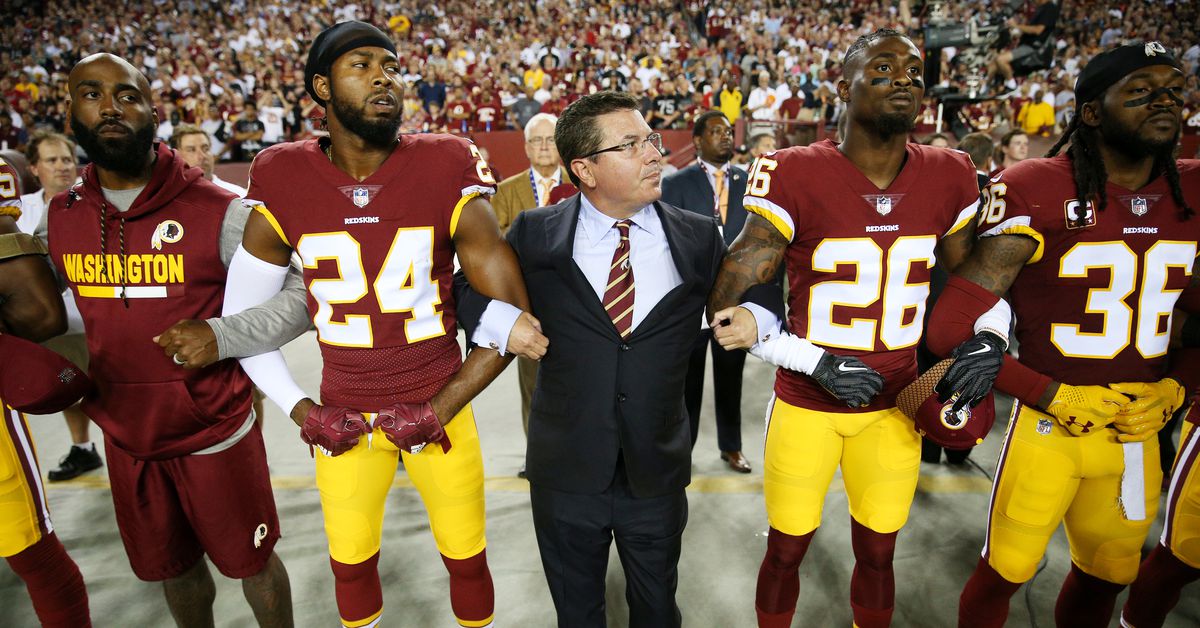 The co-opting of protests against racism has a storied history in our country.