They are protesting systemic racism and police brutality.

You could nail it to a ReichWinger’s head and they still won’t believe it.

Nick Wright is/was a local guy. He’s on the alt-rock station some times.

When that Harvard study came out showing there’s no racial bias in police shootings, I think some people turned off their brain when it came to other racial biases in the justice system (which were documented in the same study). 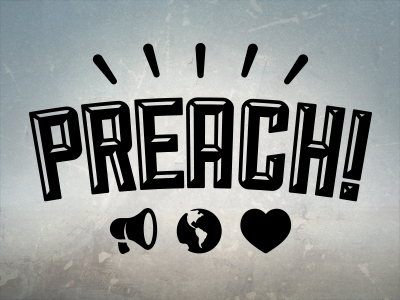 I can’t read it right now, but can you summarize for me? Looking at the percentage numbers, blacks are disproportionately killed, as they only make 13% of the population, but is a much higher percentage of police shootings (number escapes me right now).

I like all of his points, but that’s a weird setting that he’s making them in. He’s lecturing to two people who are sitting just inches away and quietly listening. I presume there’s actual discussion among all three on the show, but that’s a long monologue to give before they all start talking. It’s almost a surreal parody. ‘Between Two Ferns’ re-interpreted as ‘In Front of Two People at the Same Desk’. TV is so weird.

Basically re-stating the original intent of the protests and why sitting changed to kneeling, but more importantly, asking those who are upset about the protests to take a good hard look in the mirror and ask themselves why.
Basically, pointing out the emperor isn’t wearing any clothes.

For people who want to believe [insert thing here] this video of [insert rational explanation] won’t mean anything.

No point. The NY Times reported an unpublished anonymously funded National Bureau of Economic Research working paper which relied on voluntary self reporting by police. It was not peer reviewed either. There never was a Harvard paper. It was simply misreported by the NY Times as a Harvard study and then picked up by right wing organizations who have been pushing the false “Harvard Study” narrative ever since.

He was asking for a summary of the Harvard study mentioned above, not the video.

Oops, my bad. I skimmed too quickly, and thought it was he couldn’t play vids at work.

My TL;DR line I have been using on Facebook:

You are putting the SYMBOLS of freedom ahead of the ACTUAL FREEDOM.

to be fair, 45 has continued to say “they cannot disrespect the flag and our nation”…I sincerely do not think he knows what they were protesting in the first place, and I seriously doubt he cares.

I really liked this piece, as well as what Shannon Sharpe said on Undisputed.

Y’all know I don’t cotton to any religion, but they hit the nail on the head when they condemned idolatry.

Idol Patriots is my new name for uncritical Americans.

I never knew much about Shannon Sharpe other than that he was a great player. I am seriously impressed.

When that Harvard study came out showing there’s no racial bias in police shootings,

That “Harvard study” is

It’s by an economist.
He only studied the Houston PD
He only interviewed police officers.