Facebook insists that Cambridge Analytica didn't "breach" data, but "misused" it, and they're willing to sue anyone who says otherwise

“Wylie said that Bannon especially valued input from queer people because he saw them as cultural leaders (he ascribes Bannon’s affinity for Milo Yiannopoulos to this belief).”

Who better to undermine queer people than a few kapos?

Zuck is stuck- “FB isn’t able to affect voter behavior” and “Advertise on FB we can affect behavior” are the horns. Now they want to argue that CA used FB exactly as intended, but there was just some paperwork mixup. CA got 50M contacts b/c that’s how FB works/worked.

I’m picturing a scene in the Metaverse where the FB representation is on fire and klaxons are going off and giant tigers ridden by even larger Putins are smashing everything in sight.

I’m surprised it was even against policy. I looked once at what companies can get from you if you “like” their page and it was breathtaking. All your friends, personal data, etc… Just saying “I like M&M’s” gives Mars a tremendous amount of information about your account and the ability to post stuff on your timeline in your name. That’s why I never hit the like button on companies or products.

Naturally this was back when Facebook was young and hopefully the situation isn’t so bad anymore, but I’ve never felt bad about not “liking” some product or service.

The hardest part is convincing American voters that they got played in the first place. Nobody wants to admit to themselves, let alone others, that they were successfully swayed by algorithms and Russian trolls.

Do people really not know that everything they place on Facebook can be seen by everyone? Unless you employ security features, which are dubious, you can find out a hell of alot about a person just by following them anonymously and everything posted belongs to Zuckerberg.

I’ve never felt bad about closing my FB account many years ago and never looking back. It is about the worst social media ever.

Facefuck needs to be dropped en masse like the hot mess it is but is this enough to do it? Do people even care? You can already hear the chorus of - “But how will i keep in touch with people!”, “Everyone is on there!”, “My job opportunities!” and the classic “They have no interest in little old me anyway!”.

Just the other day i was listening to a podcast whereby a gaming journalist had deleted his account because he was sick of it and its creepy ways but needed to create an anonymous burner account to follow a few groups who exclusively organise through fb. You know what’s coming next… he hadn’t friended anyone but in a disturbingly short timespan it knew where he lived, his job, the people he likely knew (including non-professional relationships) and eventually it knew who he was. Yeah, no… stay the fuck off there.

What’s Facebook doing inside CA’s London HQ tonight? It went in there before the expiry of a demand for access from the UK’s data protection regulator and before a court order can be issued forcing access to the regulator.

Why is Facebook in such a rush when they couldn’t be arsed to do anything since 2015?

The hardest part is convincing American voters that they got played in the first place.

The data Cambridge collected from profiles, a portion of which was viewed by The Times, included details on users’ identities, friend networks and “likes.”

As if anything could possibly be gleaned from such data. 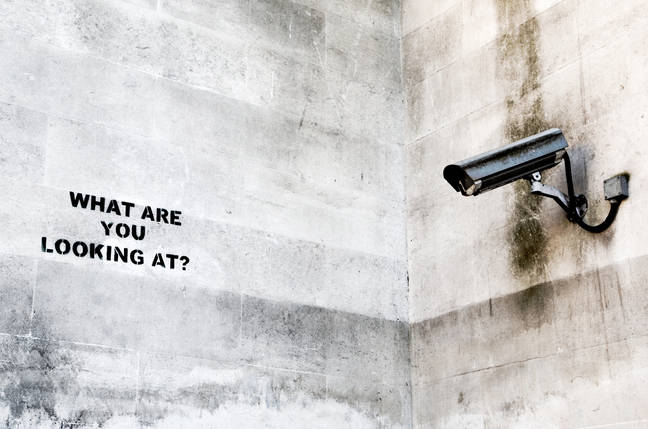 50 million profiles leaked and ‘politically weaponized’ against US voters

[Aleksandr] Kogan has since changed his name to Spectre.

It’s been kind of infuriating to watch this story being framed as a security issue instead of an example of exactly why everyone should be questioning the wisdom of volunteering so much information to tech companies.

It wasn’t a data breach, hack, leak, or anything like that. It was functionality built into the API. It’s what the Obama campaign made use of in 2012, though they did it openly and honestly instead of hiding behind a third party.

The API was restricted back in 2014/2015, but that doesn’t prevent anyone from gathering the same information using slightly more cumbersome methods.

Chris: He loved his work.
Mitch: Well what’s wrong with that.
Chris: There’s nothing wrong with that, but that’s all he did. He loved solving problems, he loved coming up with the answers. But, he thought that the answers were the answer for everything. Wrong. All Science no Philosophy. So then one day someone tells him that the stuff he’s making was killing people.
Mitch: So what’s your point? Are you saying I’m going to end up in a steam tunnel?
Chris: Yeah.
Mitch: What?
Chris: You are, if you keep up like this. Mitch, you don’t need to run away from here. When you’re smart people need you. Use your mind creatively.

Naturally this was back when Facebook was young and hopefully the situation isn’t so bad anymore, but I’ve never felt bad about not “liking” some product or service.

Do people really not know that everything they place on Facebook can be seen by everyone?

Most people don’t know or care how it effects them, not unlike voter apathy. Most of the consequences are far enough removed from their immediate daily experience that they can comfortably ignore it. Those that do leave almost all do so because of the toxicity it allows into their and their friends’ timelines, which is a perfectly good reason, but really the tip of the iceberg. Very few leave because of the huge part of the iceberg they don’t care to notice.

Why is Facebook in such a rush when they couldn’t be arsed to do anything since 2015?