It’s a “Fact-Check”, which in my mind tells me that the author is presenting facts, not opinions. Opinions are not facts.

Re-reading the OP, I see the author has adduced numerous facts to support his contentions. (You have not adduced any facts to support your contentions.) For example, the author contends that Snowden is currently in Russia because the US rescinded his passport preventing him from traveling out of Russia. This is a fact, not an opinion.

So far it is you who has offered only completely unsupported opinions. The OP has supported any opinions by citing facts which support those opinions. You have not done this.

If you can point to a specific “half-truth” in the OP and elaborate in what ways the “half-truth” is misleading then I will happily concede you might have a point and be willing to take your opinion on this seriously. Don’t tell me that it’s my job to support your crappy argument. If you’re the one making the argument then it’s your job to support it.

I see you’ve decided to ignore what I’m saying, apart from calling it “crappy” and asking me to keep posting more. Since you’ve put yourself in the position of Fake Moderator, I’ll just move along.

Putting words in my mouth isn’t the way to argue that I’m wrong.

I see you’ve decided to ignore what I’m saying, apart from calling it “crappy” and asking me to keep posting more.

I actually did acknowledge what you’re saying. In fact, I explicitly disputed it, pointing out that the author of the OP is citing facts rather than opinions. Can you show me that I’m wrong?

Don’t know what the “Fake Moderator” thing is all about. I’m explaining to you why you’re failing to make an argument for your position. If you want to continue to flail be my guest. You’re only making your position look worse.

It’s interesting that no matter how patient I am and how much I’m willing to bend over backwards to give your opinion a chance you keep evading your responsibilities to support your opinion with evidence and reasoned argument. Do you really want to alienate people who are willing to listen to your opinion?

Which words did he put in your mouth? Be specific.

It looks to me like @IMB correctly characterized your behavior in this thread, I don’t see any words being put in your mouth.

I don’t know what you could be right or wrong about because you think saying nothing for 50 or so comments makes a statement. Playing a victim isn’t helping your cause.

I’m done with the nonsense. You have nothing to contribute but taking up a lot of space on a thread, and I won’t help you with that any longer.

There’s a huge difference between saying that someone’s article is misrepresenting a situation by presenting opinions as facts and using half-truths and saying that an author is lying.

I did not say the author is lying. IMB said I did. Pretty straightforward.

You are too measured in your response to Hillary to be human me thinks, but likely more effective this way. My read on her is that she still fumes over the Wiki Leaks revelations so much she is incapable of moving to a moderate position on the US Secret Police State. (Secret cable -Hillary’s- sent to US embassy in Argentina asks diplomats to find out how president handles stress and her countenancing the collection of DNA samples of world leaders). I estimate Hillary as redlining over these and other leaks, and as feminist power grows, she will only become more open in her displays of anger over what displeases her as she seemed want to do in her outburst at the Bengazi hearings/show trial. HIllary is a ball-buster; she isn’t likely to ever shift on Snowden but is more likely to relentlessly craft a web of deceit to discredit the man. She is not to be trusted in protecting our privacy.

Even if it wasn’t such a big deal, it’s still a crime under the Espionage Act of 1917, regardless of the reason for the leak, and no one (the “two senior administration officials”) has been tried or convicted.

So back to nomelitas’ original statement, “Justice will be when he faces the court system for his deeds(or worse), like any other person that has leaked national secrets. Count me as one of the many that will end up countering such attempts to dress up his betrayal of country.”

To be fair NATO doesn’t really exist other than what the US wants. I mean France dragged us into Congo sure, but the funding and arming of al qaeda affiliates in Libya was for US geopolitical interests. To be explicit anything to fuck with Iran. Which is why the US has often found itself supporting the political movement that it demonises most at home and claims it is engaged in destroying. Sunnis and Shias pre-existing feud means that Iran hates Al Qaeda and Saudi Arabia and Shia are treated as second class people in many gulf states (even when they are a majority) thus the US supports al qaeda associated fighters in many middle eastern countries. Pretty depressing.

As @IMB said, half truths aren’t truths. We could parse the semantics of this for hours and still reasonably disagree, but reasonable people can put semantics aside and discuss what’s actually up for debate.

You accused the author of making half-truths. @IMB parses this as an accusation of lying. That’s reasonable to me although I may not phrase it that way myself. The important part is not whether you personally consider telling a half-truth to be the same as lying (bearing in mind that @IMB might reasonably disagree with you on this matter). The important part here is that you’re challenging the veracity of the author’s statements in the OP: that is what the accusation of “half truths” is. OK. I’ll bite. What is the author not being entirely honest about?

You apparently have time to bicker semantics and play the martyr for 50 comments so you must have time to support your contention about half-truths. So do it. Point out the half-truth in the OP and what a more accurate, less biased version of that half-truth would be.

Quit while you’re ahead, it’ll be another 60 comments.

You’re probably right. It’s just so fascinating…like a chancre or a cut on the roof of your mouth.

to be fair, libya wasn’t our deal. NATO ( mostly france ) dragged us into that. We only really provided some logistical support.

We weren’t “dragged” into bombing Libya. All of Obama’s top lawyers advised against military action in Libya. And we did blow some things (and people) up, which is a bit more than “logistical support.” 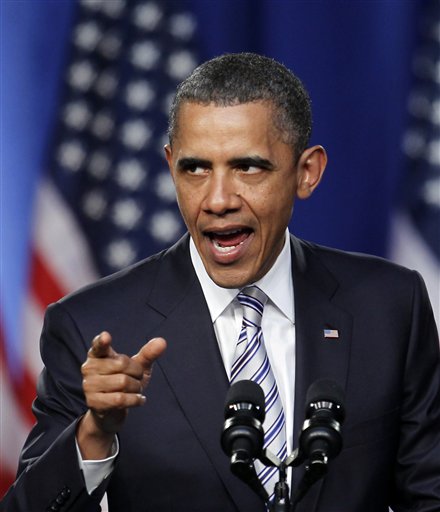 The illegal war in Libya 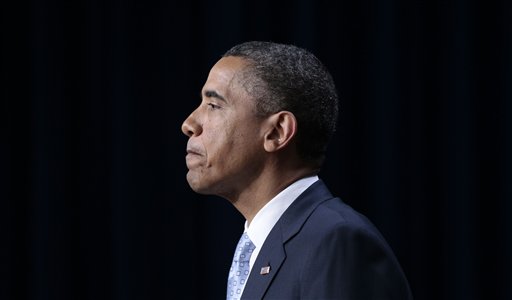 I should mention, once again, that it is YOU who have been repeating yourself over and over, insisting that I keep arguing my point. I’ve said repeatedly that I’ve stated my case and am done, but YOU are the one who keeps coming back to it again, ad infinitum.

I’m not repeating myself again. Sorry. Move on.

I’ve said repeatedly that I’ve stated my case and am done, but YOU are the one who keeps coming back to it again, ad infinitum.

You’ve stated your opinion. You have not made a case at all. You seem to want to convince other people of your opinion. I’m just trying to give you an opportunity to do that. I’m even telling you exactly what you would need to do to convince me that your opinion has merit. Sorry if you have a problem with that.

Thanks for making my point for me again!

Here, I’ll help you get over it fast:

I’m ready to put down my life for human rights. Are you? It’s time to shit or get off the pot.

Well, I came across as defeatist. Fair to call that out.

But my intent was to express a belief that civil (or even highly uncivil) disobedience was much more likely to generate movement than engaging the powers that be in a collaborative effort (which I took to be the meaning of openfly’s post). [quote=“hereticbranding, post:67, topic:29671”]
Disruption on an unprecedented scale is what will drive change. Though I suspect the probable motive force will be economic pain.
[/quote]

Wherein I expressed that sentiment (and a deep-seated cynicism).

You’re being entirely too reasonable.
EDIT: in reply to openfly

I’d say the only choice guaranteed to fail is the decision not to make a choice.