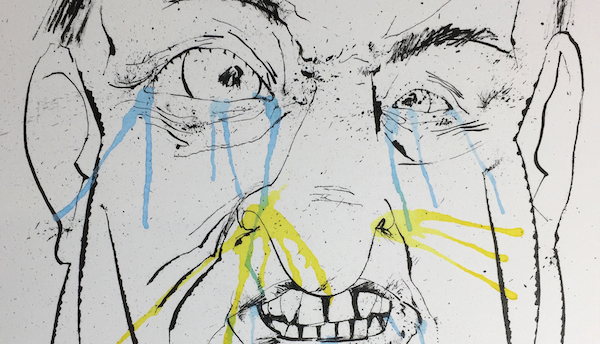 Amid the rise of fake news, Michael Dooley revisits a 2000 AIGA Journal profile of iconic satirist Paul Krassner and The Realist.

And going back a few years, a fun interview with Paul and WIRED magazine in 1997 where he discusses pulling hoaxes on the web: https://www.wired.com/1997/11/krassner-still-purveys-prankster-realism/

In 1997 Paul successfully lied about Kurt Vonnegut telling MIT graduates to wear sunscreen in a commencement address. If you can handle the orange background, a html page from that same year covers much of the debate: http://www.umsl.edu/~thomaskp/flatdisp.htm

From the WIRED article:

Do you think it’s easier to pull pranks on the Web than in other media?

It didn’t make any difference in this case, because the material sounded like Vonnegut enough that Vonnegut fans could be fooled - his wife was fooled. It wasn’t like those urban myths which really sound far-fetched - you know, somebody was kidnapped into a lavatory and their kidneys were surgically removed. There didn’t seem to be anything suspicious about this.

And nobody checked MIT to see if he spoke there, because it didn’t even seem suspicious. That’s the way a lot of journalism is now. It used to be the old picture of the reporter on the street tracking down information. Now, with computer and faxes, they never leave their chair.

What’s the most important part about pulling a successful prank?

I think a good prank depends on verisimilitude. Verisimilitude transcends the technology, and the Vonnegut hoax had verisimilitude because it felt like something Vonnegut might say. I think it’s good that the Web has a reputation for hoaxes and rumor, because it will make people more careful in accepting what is presented as truth.

And that will trickle down to print media and other media. That was always the purpose of The Realist, because I never made the distinction that “this piece is journalism, and this one is satire.” I didn’t want to deprive people of the pleasure of discerning for themselves whether something was literally true or was a satirical extension of the truth. Some of my readers have thanked me for making them suspicious of what they’ve read in The New York Times, and I think that’s good.