Only thing missing is a full bar.

PS. Whenever I’m in Alameda, Ca. I stop in here, you are permitted to bring in spirits! 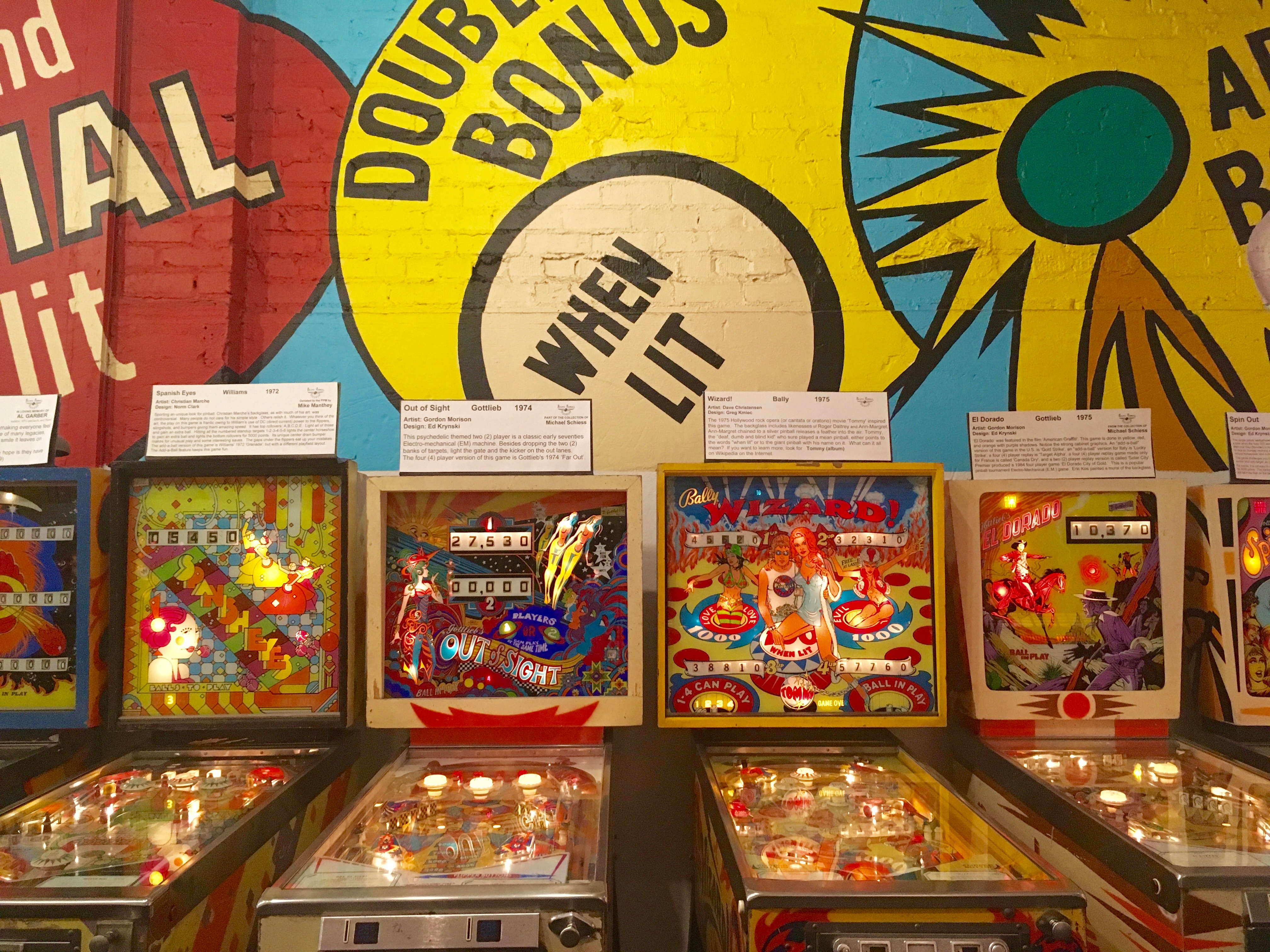 The Pacific Pinball Museum is an interactive museum/arcade offering over 90 playable pinball machines that span decades. All on FREE PLAY with one admission

That and Richard Dreyfus distracting the owners so The Pharaohs can rip off the place.

I love the signs on the walls warning that no one under sixteen may play and that no payouts are offered, hearkening back to pinball’s early days as a gambling device.

At the risk of being slightly off-topic (the post is both about Kansas City and pinball, after all), it bears mentioning that the annual Shawnee Open is this weekend. Nothing quite so old as a 1968 machine will be played, but there is a side tournament for Firepower if you’re looking for something a bit more nostalgic.I plan to attend, but I have no financial interest in the enterprise.

One 1981 night I was in San Francisco’s Chinatown and I saw an old storefront arcade full of those 1950s bingo machines, with a bunch of guys playing them. It was like a time warp.

Come to Seattle. We have a pinball museum (you can play everything as long as you want!)
http://www.seattlepinballmuseum.com/

Two suggestions, if you’re in Pennsylvania: The Village Arcade in St. Peters is a classic 70’s style arcade with about 20 pins and a bunch of shooting and racing games. The Old Sled Works outside of Harrisburg has an arcade/soda fountain in the back with 5 pins and a crapload of nutty EM games (a peep show, a 30’s bombing game, plus the usual gun and racing games), plus there’s a secret room that has ~100-year-old pre-electric pinball (with the actual pins nailed in the playfield) for a nickel a pop.

Just to be a pedant (I’m a collector of EM machines, mostly from the late 60s on), the photo onthe blog page shows a row of bingo machines, which are kind of a side-branch. You don’t get long play time per ball as you do in standard pins: you just try to drop into the right holes. It’s more like horizontal pachinko.

This should cure your pendantry: The sixth or so photo down shows a row of actual pins (fronted by the infuriating Hot Line), not bingo games.

What impresses me the most is that aside from a little torn linoleum, the place is so clean.