FBI investigating security of Hilary Clinton's emails, and thumb drive they're stored on

Nothing will come of this.

I wouldn’t say that.

I’m sure we will end up with a lot more new conspiracy theories from the far right.

Wow, the WaPo found some “anonymous government officials” who are willing to say bad things about one of the Clintons. This is newsworthy, because it only happens in days ending in Y.

Also: “…the setup she used has raised questions, as Clinton campaigns for president.” Nobody in particular asked these questions, and we don’t get to know what the actual questions are. But oh boy are they raised!

Clearly, this relates to Jade Helm.

As a matter of principle, a government official’s actions through their office should be public record, so Clinton trying to bypass the official email system is a bad precedent. And, she used government resources on this, which isn’t great. But on the whole, this all seems quite trivial. If she wanted off-the-record email discussions, a moderately clued-in teenager could find a solution better than using a semi-official email account that everyone Clinton worked with knew about.

Why do we even discuss her anymore, she’s history.

Why is boingboing posting this? Here’s your (buried) lede:

the two officials said Tuesday that the FBI is not targeting her.

So your headline should say “FBI not investigating Hillary Clinton.”

…Clinton trying to bypass the official email system is a bad precedent. And, she used government resources on this, which isn’t great. But on the whole, this all seems quite trivial.

I don’t think it’s trivial in that Dubbya & Co. were caught doing it years before Clinton, and despite the furor Clinton decided to do it herself. That’s one POTUS and a Senator/SecState/POTUS contender, which says to me that the political elites haven’t exactly gotten the message that they shouldn’t be doing this and that the public really does give a damn that their correspondence was done in a manner that would suggest they’re trying to get around FOIA laws, among other relevant statutes.

As to your thought about moderately clued-in teenagers, I agree, which is all the more surprising that she does not appear to have done that (although we’ll likely never know, for obvious reasons). On top of that, you can’t swing a dead cat in DC without hitting an agency that was hacked, and I’d suggest that at the very moment news hit about Clinton’s using a third-party email server, that every man and his hacker dog were lining up that third party in their sights. Also, given that those men and their hacker dogs represent, to a certain extent, nations malicious and otherwise, I don’t have a great deal of faith that the third party in question would be able to fully secure that email server to the necessary level.

Why do we even discuss her anymore, she’s history. 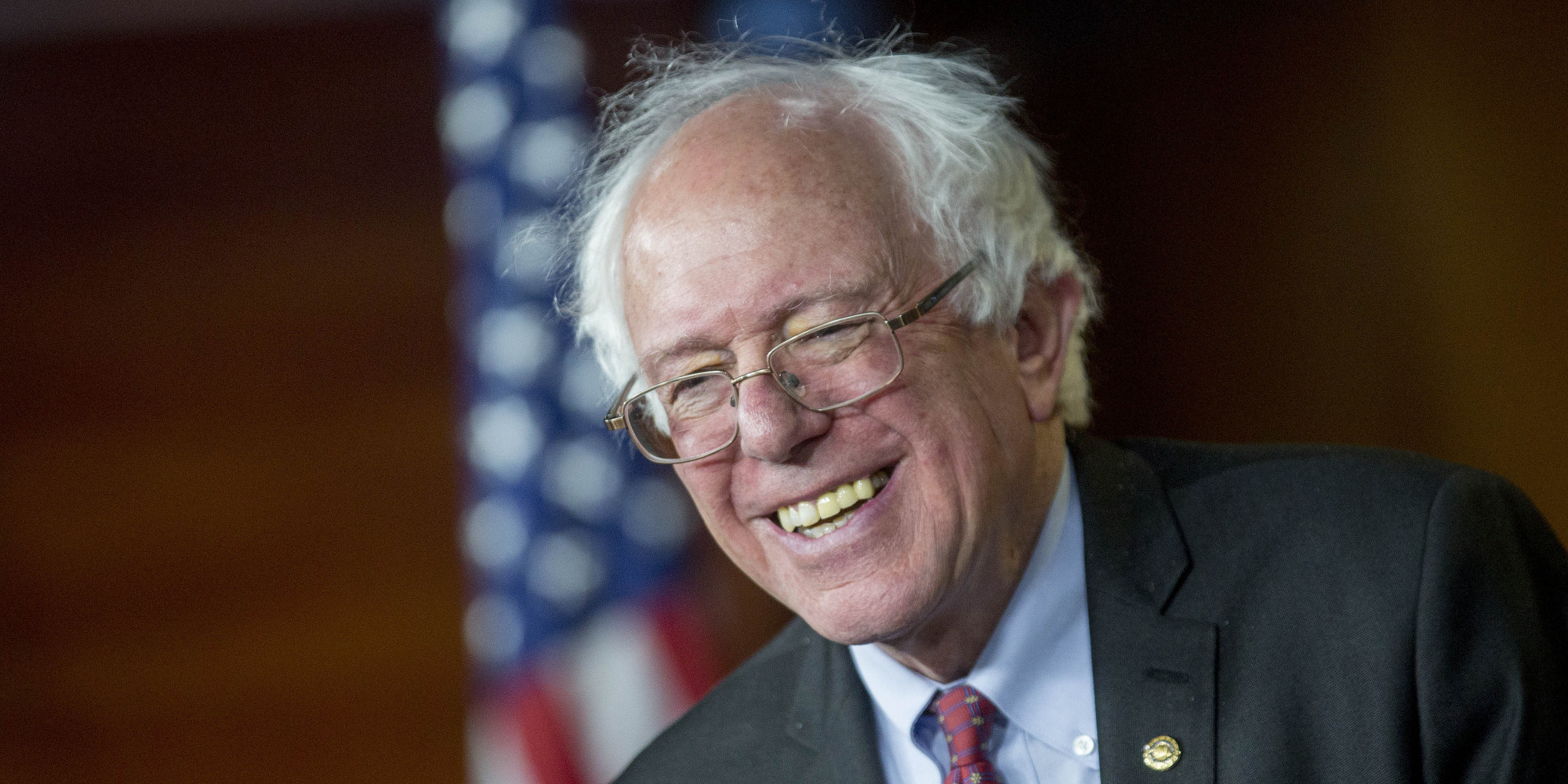 American politics is never static. Similar to the value system of certain presidential candidates, it's in a never-ending state of constant evolution. Fo...

Sanders vs Trump could certainly look like an interesting match.

From what I understand, many conservatives agree with most of what Trump says, they just don’t like how he delivers the messages. He’s a circus clown side show. He’s entertainment. I doubt that will translate into him winning the nomination, but I also don’t underestimate the utter ignorance of neoconservatives, so who knows…

Come on universe, come on!!!

Nothing will come of this.

I’m sure we will end up with a lot more new conspiracy theories from the far right.

Wow, the WaPo found some “anonymous government officials” who are willing to say bad things about one of the Clintons. This is newsworthy, because it only happens in days ending in Y.

Clearly, this relates to Jade Helm.

this all seems quite trivial.

Why is boingboing posting this?

I don’t know about boingboing, but here’s why the media should pay attention. Here’s why it’s newsworthy and not trivial. I’ve pulled some quotes from this article (emphasis mine):

The Hillary Clinton presidential campaign and its supporters have spent the last week trying to paint the continuing scandal over Clinton’s private email server as a partisan persecution with no significance to the presidential race. But anyone who cares about government transparency, overclassification and cybersecurity should care about Clinton’s email scandal – including her strongest supporters.

First, there’s Clinton herself. She repeatedly denied having classified information in her emails, yet now we find out there are likely “hundreds” of emails containing it (more on that later). One of her closest aides, Philippe Reines, excoriated Gawker months ago for claiming he was using a private email address to conduct state business during his tenure at the State Department, yet he apparently just turned over 20 boxes of emails containing just that. Does the public not deserve an explanation about these seemingly false statements?

Using private email for public business is also a tried-and-true tactic to evade public records requests, no matter what Clinton defenders might say. And it is beyond question that it worked, as Foia requests filed for these emails were stonewalled for years and only thanks to the attention are now just starting to trickle out. It may be part of the reason why Clinton’s State Department had a “dismal” record on transparency, which is certainly an issue a lot of non-Republicans care about.

Should citizens not have serious concerns given Clinton was a target of dozens of intelligence agencies as Secretary of State and put herself at increased risk of spying by using private email with unknown security features? In an age where both political parties claim that cybersecurity is such a serious concern that they are willing to trample citizens’ basic privacy rights, it’s a wonder the argument is being made presidential candidates should be above reproach.

None of this means that Clinton’s presidential campaign is over or she is going to jail (of course she’s not). But it does show exactly why government transparency is important, and the Clinton campaign, the State Department and the Obama administration in general should be embracing transparency, rather than running from it.

Let’s keep in mind, Hillary Clinton is the same person who was a disingenuous liar against Edward Snowden:

Come on universe, come on!!!

Trump/Palin, please. McAfee is too sympathetic character to wish upon him the meatgrinder of high politics.

I’m not sure why you quoted me, exactly. I’d like Clinton in the slammer.

Yes. When I say the email scandal is trivial, it’s compared to the much more terrible things she’s responsible for.

[quote=“Ladyfingers, post:16, topic:63107, full:true”]
I’m not sure why you quoted me, exactly. I’d like Clinton in the slammer.
[/quote]I quoted you because I assumed you meant to say the issue is trivial. I apologize that I misunderstood you.

[quote=“FoolishOwl, post:17, topic:63107”]
When I say the email scandal is trivial, it’s compared to the much more terrible things she’s responsible for.
[/quote]Point taken.

Not John McAfee, an actual installation of McAfee AntiVirus.

A better AV suite would flag Trump as malware…

Ahh… Then it makes sense. Agreement on both points!