FBI: North Korea is responsible for Sony Pictures hacks. We have proof 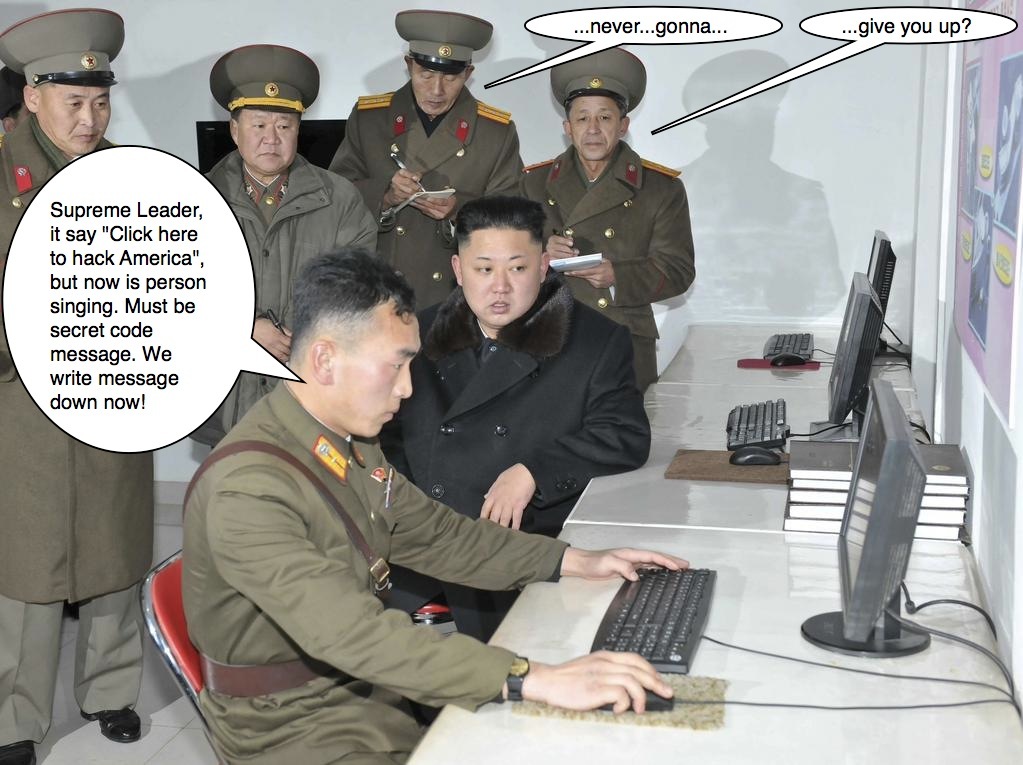 Oh, the FBI says it has proof… nothing can make me feel surer that NK is NOT the one behind it. Unless, of course, if the NSA joins in on the statement as well…

I find the general 'murican reaction very interesting in this Sony case, as if that little trigger perhaps might be enough to jump onwards to the next inva- sorry… LIBERATION operation or something of the kind. Must find new anti-hero… combat must go on…

Having realized after 2001 that they were cultural targets, the large studios have generally beefed up their security, including information security. There is a revolving door between the infoSec people at the studios and the DHS, for example. As a result, they really have no choice but to blame a breach like this on a state-level actor rather than common hackers, or otherwise what is that expensive investment for?

North Korea’s regime exists entirely at the whim of the Chinese government; they could have ended the Kims at any time. It’s in China’s best interest to keep them Kims around as a bargaining chip when the inevitable time arises to deal with the Taiwan question, so anything that renders NK in a less-than-dangerous light interferes with that. A little bit of money thrown at some hackers would go a long way, and have very little chance of being traced back to China in any definitive way.

Either that, or Kim Jun Un spent all those months out of the public eye sitting at a terminal typing.